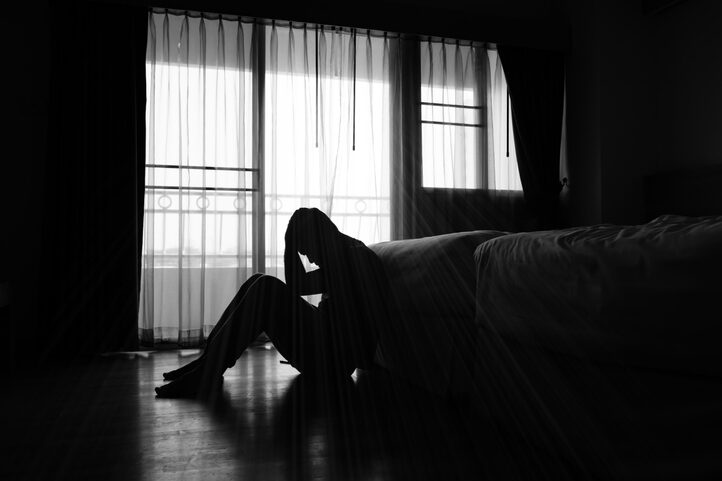 Clinical Impact Statement: This article hopes to address stigma around clinicians working with patients who die by suicide and or attempt suicide under their care.

Nine days before my first internship application was due, I learned that an ex-patient of mine, Theodore (name changed for confidentiality), died by suicide. I know receiving this kind of news can never come at a good time, but this was a particularly vulnerable time for me. I was feeling insecure, questioning myself, scared about the future, and had never felt “imposter syndrome” more. I remember feeling perpetually overwhelmed and exhausted. I also had a six-month-old who was not sleeping well and a two-and-a-half-year-old who was struggling with the restrictive nature of the pandemic. I am saying this all because this is how these things happen. There is no time that is right or wrong, better or worse. You are wherever you are in your life when you hear something like this. There is no warning. There is no preparation. This is where I was in my life when I heard a patient I cared a great deal about, who had a profound impact on me, took his life. It is important to note because it likely makes a difference in how we process, make meaning of, and/or internalize an event like this.

Theodore and I only worked together for a short amount of time, but he left a deep impression on me. In fact, I had mentioned our work together in my application. I had been reflecting on our work for the last month or so as I wrote and rewrote my applications. I remember wondering about him and how he was doing. He was very much present in the internship process for me.

Working at a university counseling center, I was accustomed to getting mass emails communicating important information. Sadly, one such kind of email is when a student takes their life or dies unexpectedly. This practice of email announcements is done so the therapists are aware of the circumstance should students seek treatment or support around that particular tragedy. However, this time around the name of the student was also posted. As I read the email, I remember pausing for a minute because I was sure that this was my ex-patient.

My first reaction was, this is a mistake. I immediately logged on to my portal and checked the name (I knew it was my patient). I think this process allowed me to create a little bit of space before really accepting the fact this individual was no longer with us. I had just been writing about Theodore in my application, the lessons I had learned from them, and the gifts they unknowingly offered me as a clinician in training. I was shocked and my heart sunk.  My second reaction was one of anger and isolation. I was in my office, and I felt deeply alone. I kept thinking about how much Theodore had to offer. Without question he had a terrible childhood, to put it mildly, and lived with all the complications and pain around being a trans man in this world. Yet, he had such a light inside of him. It wasn’t just me who felt this. His death was felt far and wide by the community.

Another reaction I had was, did the clinic really just blast this information out without even considering the treatment team? Did they know I had worked with him? Didn’t they know I was a trainee? Who else worked with him? Did they feel shocked like me? I sort of walked around my office in circles. I thought about this individual right before they decided to take their life. What was his last moment like? What happened? Was there no one he could turn to? What pushed him to this point? I thought about his smile, his voice, his unique style and I just cried.

I eventually wrote an email to the administration of the clinic. I expressed my sadness over the loss of the patient and my disappointment in how they handled disseminating the information. Ultimately, it was clear that it was an accident and that it was not their intention for his name to be part of the email chain. I know the people who run the center are warm, thoughtful, and caring, so it highlighted even more so how easy it is for innocent but consequential mistakes to happen at such critical moments. In the moment, I felt, how could they not have reached out to me first? Why would they think this was ok? Just because Theodore was not currently my patient doesn’t mean there isn’t a meaningful relationship there. Furthermore, if I had not felt comfortable saying something, the clinic administration would have never known how hurt I was by this. I wonder how often this happens to other trainees.

Another question that struck me was had this mistake not happened, would I have ever known about Theodore’s death? Was reality better? What does knowing this information do for the clinician? Is a fantasy better to hold?  It made me think about the fantasies we carry once we terminate with patients and the purposes they serve. How do they live on in our minds? And how little we can ever know about what unfolds on their path once they are gone.

Quite quickly, I did get the support I felt I needed. I had a conversation with my mentor, who also worked at the clinic and is my current supervisor. I wanted to share this with someone— just because we stop working with a patient, doesn’t mean we stop caring.  If you’ve stopped working with someone last week, month, or year, that doesn’t mean hearing something like this isn’t painful. That it isn’t important to reach out for the support you need. I also contacted my director of training during this time, who offered more support. In addition, a close friend of mine in my cohort was critical support as well. I believe it is crucial for training clinics and programs to keep tabs on these kinds of moments. Trainees are vulnerable.

An unusual opportunity presented itself a few months later when a few close friends of the deceased individual asked to put together a group to help process the loss.  I was asked if I wanted to lead this group. I said yes, however, it was not an easy choice. What would it be like? How did I feel about this? Would this be healing or painful?  Did I feel up for the task? Could I hold the space these individuals needed to heal?

Additionally, it was decided that it made more sense not to disclose that I had previously worked with this student. It was discussed at great length with my supervisors. There was a case to be made for both disclosure and to refrain from doing so. But ultimately, it was felt that confidentiality was still necessary and important to maintain, and if disclosure were to happen, it would need to have a very clear clinical value for the group.

In addition, we knew the group would only run for a short amount of time under my leadership. This further complicated the issue because perhaps if it were to be a long-term group, disclosure would have been more appropriate. For one thing there would be time to work through any issues that arose around my relationship. In addition, it may have been more important in terms of allowing myself to be fully present with the members and not feel a secret of sorts was being held.

As a group leader, having to hold this at times felt unnatural but, in the end, I feel it was the right thing to do. And even if we were to do away with the confidentiality component, it was difficult to find a way to insert my experience without taking away from those of the group members’ or tasking them with caring for me in the time we had. There is no easy way around this, I fear. But it is something I will continue to think about.

Listening and hearing how loved and brilliant this particular student was made it hard but crucial to navigate my own emotional responses throughout the sessions. I learned about Theodore’s last moments. In fact, I would suggest that I learned more about his ending than perhaps most or any clinicians do about client suicides. It was both healing and quite distressing. I felt my own sense of sadness and anger towards this individual rise and fall in ways I did not expect.

From my perspective, I think ultimately running the group was a healing process for me. It felt good that I was able to contribute in some small way to honor the importance of Theodore’s life and help in the healing process for those who loved and miss him. I was grateful I could hold space for his friends to work through their complicated feelings and thoughts. In addition, I also found it interesting how healing it was to hear others (unknowingly of course) express ideas and thoughts I might have wanted to say as someone who was not the leader.

I will make myself available for anyone who needs a safe, nonjudgmental, and confidential space to talk should anyone need to process the suicide or attempt of a patient. 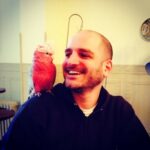