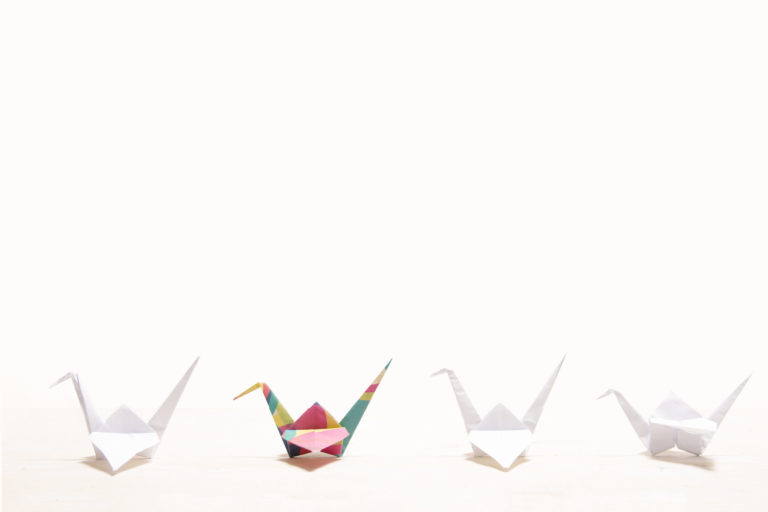 Working with the Cultural Outsider in Psychotherapy

Many people who seek psychotherapy were either brought to the United States when they were young or born here with parents who are often trying to adapt to a new culture and language. Children of immigrants have to navigate being surrounded by peers who look and speak differently, and in many cases, their caretakers rely on them to interpret and explain how things work in a new country.

In an attempt to cope with the shame of feeling like an outsider, they become adept at reading what people want and then molding themselves to others’ expectations. Eager to fit in, they often are hyper-focused on conforming and achieving.

There are different dynamics depending on the culture. Asians in particular tend to want to blend in, partly because of their societal emphasis on the group as opposed to individualism. They are, however, motivated by factors that go far beyond cultural norms. Hyper-vigilant about being accepted, feeling inadequate when they fail to measure up to their own or others’ standards, they become self-critical and go above and beyond what is expected.  Often, they do well in the world, but the very qualities that contributed to their success in the world perpetuate their unhappiness and keep them disconnected from themselves.

From a clinical perspective the core issue goes beyond simply increasing self-esteem but deconstructing an identity and sense of worth that revolves around performance, how they are being perceived, and their usefulness to others.

These clients become outwardly focused, seeking external validation and accommodating while concealing their needs and true feelings. Aversion to discord often causes them to put everyone else’s needs before their own needs.

Being in the role of confidante and having to navigate for parents who are adjusting to a foreign country puts children in the position of being an adult. Their identity and worth centers around taking care of others and being super-responsible. Feeling worthwhile becomes synonymous with being helpful. Exaggerated responsibility causes them to feel guilty when others, particularly those with whom they have some personal connection, are disappointed or upset.

The psychotherapy field has increasingly recognized that a person does not have to undergo an overtly distressing event for it to affect them significantly. An accumulation of smaller “everyday” or less pronounced events can still be traumatic. Psychiatrist Mark Epstein writes that trauma is not just the result of major disasters. Death and illness touch us all, but even the everyday sufferings of loneliness and fear are traumatic (Epstein, 2013).

In her article on “Understanding Complex Trauma, Complex Reactions, and Treatment Approaches”, Dr. Christine Courtois emphasized that trauma is often a result of repetitive, prolonged, or cumulative stressors, and is often interpersonal, involving direct harm, exploitation, and maltreatment including neglect/abandonment/antipathy by primary caregivers or other responsible adults (Courtois, 2004).

Although there is little or no discussion about peers, Courtois also describes complex trauma as occurring at developmentally vulnerable times in the victim's life, especially in early childhood or adolescence, and in conditions of vulnerability associated with disability/disempowerment/dependency/age/infirmity, and so on.

Cultural outsiders often suffer quietly in their developmentally vulnerable years. They don't want to burden their already stressed parents who, in many cases, are so focused on adjusting to new circumstances that they are unable to attend to their children's emotional needs.

Too often, our culture and our parents send us a powerful message that our worth is all about what we do rather than who we are. There has been a lot of press about Asian “tiger moms” who explicitly pressure their children to become high achievers (Kim, 2013). However, while striving to excel and having aspirations are important, we need not see ourselves as deficient when we fall short of a desired goal.

Julia, a 39-year old successful entrepreneur, was very proud of being self-sufficient and felt obligated to fix people’s problems. She wanted others to view her as indispensable. All of her relationships were one-sided where she gave and encouraged people to rely on her, but never asked them for support.

As the oldest child of Chinese parents who immigrated to America when she was young, she observed her parents struggle to adjust to a new society. They leaned on her and expected her to attend to their needs. Early on, it was set up that acceptance and validation came from what she provided others. Sadly, Julia missed out on the normal joys of childhood. Excelling in school, however, allowed her to feel acceptable in a world where she felt like an outsider.

I pointed out that her intrinsic worth does not depend on how well or how often she expresses these qualities—that her value is simply inherent, regardless of outcomes. For example, if someone is intelligent, their inherent worth doesn’t increase simply because they have good grades. Connected to her intrinsic worth, she alone defines what makes her worthwhile, rather than others’ perceptions of her.

A strategy that I have found effective is to invite clients to list five qualities that they believe make them a worthwhile person but omit anything that has to do with achievements or what they provide to others. The emphasis must be on intrinsic qualities such as intelligence, humor, creativity, integrity or resourcefulness (Portnoy, 2019).

I then ask them to look in the mirror daily and read their list out loud. Each intrinsic quality is followed by the sentence “and this is what really makes me a worthwhile human being.”

Those who grew up with the message that “tooting one’s own horn” is bragging, experience resistance to the mirror exercise. Recognizing and affirming intrinsic worth isn’t puffing oneself up with a pep talk or recognizing only positive qualities. You still see your shortcomings, yet you also see how they don’t detract from your value. You’ll also come to know yourself from the inside out, connecting your worth to your unique inner qualities—regardless of how often, or how well, you express them.

The mirror work is not a quick fix, but it is a powerful tool. It can take months before the new learning sinks in on a “feeling level”. What usually occurs is that all the internal voices that don’t believe that their self-worth is based on their inner qualities begin to surface.

I invite clients to pay attention to thoughts that arise when doing the mirror exercise. Judgments often show up about how silly this exercise seems. It is also common for their self-critical voices to surface, focusing on how they are not “measuring up” and are “not enough”. This voice can also be sneaky, distracting them every time they try to affirm their intrinsic worth. The task is to identify, understand, and re-educate these internal voices.

Since many of these clients have a harsh internal critic, this often presents a serious impediment to connecting their worth with inner qualities. I focus on them understanding and challenging these voices and introduce the concept of self-compassion, pointing out how they often have empathy towards others, but not themselves.

Obviously, there are several factors that contribute to a successful therapeutic outcome. What is key, however, when working with clients with these histories, is explicitly addressing the primary ways that they define themselves and their worth.  Another important task therapeutically is to identify and question outdated assumptions and perceived threats. This needs to be coupled with an exploration of behaviors as a child that increased their chances of being valued and decreased the possibility of shame or feeling like an outsider.  There is a lot to be said about this, however, it is beyond the scope of this article.

When our clients can make a felt connection between their family dynamics and their self-concept that’s performance based, they are than able to form an identity that does not centers around accomplishments and redefine their ideas about what it means to be successful. They no longer allow anxiety about societal norms, and peer and family expectations, to determine their choices.

Kim, S. (2013). What is “tiger” parenting? How does it affect children?: An examination of a parenting practice growing in popularity. Retrieved from https://www.apadivisions.org/division-7/publications/newsletters/developmental/2013/07/tiger-parenting

Portnoy, D. (2019). Intrinsic worth and the cultural outsider. Therapist Magazine.

Portnoy, D. (2019) The intrinsic self: How defining yourself and your worth by your achievements and usefulness is undermining your happiness and serenity. Sunbow Publishing: San Francisco

Winnicott, D. W. (1960a). Ego distortion in terms of true and false self. In The maturational processes and the facilitating environment (pp. 140-152). Madison, CT: International Universities Press, 1987. 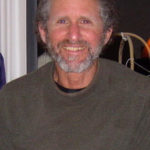 « 10 Grant-writing Tips for Novice Grant-writers From the Desk of the Most Reluctant of All Grant-writers
Congratulations to the Society For the Advancement of Psychotherapy 2019 Student Paper Award Winners »
Society for the Advancement of Psychotherapy uses cookies to provide you with a great user experience. By using this website, you agree to the use of cookies on your device. SettingsACCEPT
Privacy & Cookies Policy