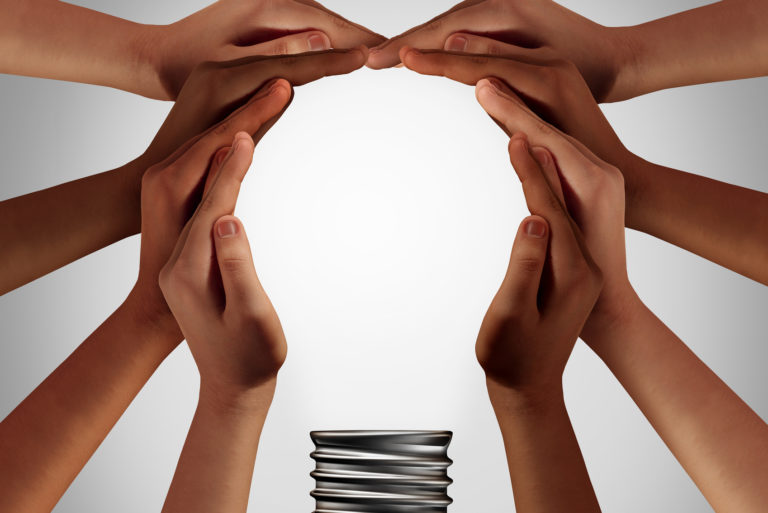 Clinical Impact Statement: This article reviews the 50 year history of one psychotherapist’s professional journey emphasizing an expanding integrative approach (cognitive, behavioral, systems, energy and spiritual). Over 5 time periods, using a practice-based evidence approach, it concludes that there were very substantial outcome effect sizes during the first 5 and 10 sessions. This review suggests that the approach of early adopters may precede the psychotherapy field by 10 or more years; and that it is possible to develop an integrative practice-based evidence approach using one or more session by session measures of effectiveness over many years. In addition the use of spiritual/forgiveness and energy psychology (tapping, breathing, affirmations) approaches may greatly enhance one’s clinical effectiveness.

This article, focusing on integrative practiced-based evidence and effectiveness, was inspired by three articles in the Society for the Advancement of Psychotherapy’s Psychotherapy Bulletin (Jacobsen, 2018; Lambert, 2016; and Savela, 2015), plus an online course by Daryl Chow on “Reigniting Clinical Supervision” (2018) and Paul Clement’s classic article on “Practice Based Evidence: 45 Years of Psychotherapy Effectiveness in a Private Practice” (2013). It is the companion piece to a much more extensive exploration of these topics found on the Society for the Advancement of Psychotherapy’s website (https://societyforpsychotherapy.org/reflections-from-50-years-of-integrative-psychotherapy-emphasizing-practiced-based-evidence-and-effectiveness).

In 1968, I received my PhD from the University of Wisconsin. In September of 1968, I came to Philadelphia on a National Institute of Mental Health post-doctoral fellowship to study with the behavior therapists Drs. Joseph Wolpe and Arnold Lazarus. After three months I was asked to choose between them. I chose Lazarus, who was already focused more on cognitive-behavioral therapy, multimodal therapy, and the person of the therapist. However, both were interested in empirical assessment of change, which appealed to me, as I had been trained in behavioral approaches at Columbia and the University of Wisconsin and had a prior background in math and engineering.

Influenced by Lazarus, Beck and Ellis, I wrote an early published article on cognitive-behavioral therapy (1970); two dissertation-based articles on modeling, roleplaying, and assertive behavior in 1971 and 1972; and several published articles on marital and family therapy (MFT) throughout the 1970s (my first job from 1969 to 1973 was on Ivan Boszormenyi-Nagy’s family psychiatry unit in Philadelphia).

The year 1977 was a personal turning point when I became actively involved with a meditation/yoga group and also A Course in Miracles (Foundation for Inner Peace, 1975), which focused heavily on forgiveness of self and others. Professionally, 1980 was a turning point. I wrote an early article in the field on “Integrative Psychotherapy” (1980) and created an integrative meta-model, followed closely by articles on integrative family therapy and integrative marital therapy (1981, 1982).

These turning points influenced the trajectory of my practice and research substantially. I have published several articles and books on the topics of well-being and forgiveness (1989, 2010), as well as creating the Friedman Well-Being Scale (1992). In addition, throughout my career, I have remained interested in technology, evidence-based practice, and tracking the effectiveness of what goes on in the psychotherapy room. In 1982, I wrote an article on “Assessment Tools and Procedures in Integrative Psychotherapy,” which was the beginning of my published articles using clinical measures to track change in psychotherapy, an evidence-based therapy approach. I wanted to see empirical measures of progress and change session by session. So I used, or developed, a variety of scales that were easily administered and scored every session.

In 1984, I published my first article on forgiveness (followed years later in 2010 by my book The Forgiveness Solution) and an early article on the use of computers in marital and family therapy (1985). My first book. Creating Well-being (1989), based on 12 principles of well-being, was followed three years later by my first published scale, the Friedman Well-Being Scale (1992) which consisted of 20 bipolar adjectives and five subscales.

I became interested not only in tracking change session by session, but also the outcome of psychotherapy. I have tracked changes using the Personality Assessment Inventory (see Morey, 1996); plus various measures of well-being and life satisfaction; and I regularly use the Hopkins Stress Symptom Checklist (Derogatis, 1973), an 83-item measure of anxiety, depression, anger, interpersonal sensitivity, and so forth.

Daryl Chow and Effect Sizes in Five Studies Over Time

As previously mentioned, I recently took an online course on reigniting clinical supervision by Daryl Chow, who now resides in Australia and works closely with Scott Miller. Chow’s 2014 dissertation focused on “supershrinks,” and course participants were encouraged to measure change session by session and calculate effect sizes for their own and their supervisees’ practices. I went back to mostly published data (1995, 2006, 2013, and 2018) and calculated the effect size for my practice over four time periods. In all four time periods clients were given the Friedman Well-Being Scale (1992) before every session. The effect sizes overall were comparable to the “supershrink” effect sizes in Chow’s 2014 dissertation.

Like Clement (2013), I found no overall changes in my effectiveness between 1995 and 2018. However, unlike the Clement study, my data suggested an improvement overall in my effectiveness between the initial data collected in 1992 and the four other time periods (1995 to 2018). Puzzled by that finding, I realized that I first learned energy psychology therapy techniques (tapping, breathing, and affirmations) in 1995 from Fred Gallo (2002). I have since incorporated them into my current model which I call the ICBEST (integrative, cognitive, behavioral, energy and spiritual therapy) model (2015). This model also strongly incorporates my integrative forgiveness model (Friedman, 2010; Friedman, 2013; Friedman, 2015).

There is a real possibility that the energy therapy techniques learned in 1995 were a significant contributing factor to the enhanced effectiveness in my practice from 1995 to 2018. Personally, I believe that is the case, although others might disagree (and, of course, it is an N of 1).

Clients currently receive a relatively new 20-item Client Feedback Questionnaire before every session. The range on this scale is from 0 to 100. My current average is 97.6 across 11 private clients with a range of 92 to 100. However, the client feedback score does increase over time. The last two new clients went from 75 to 95 and 92 to 98 over four to five sessions. Although this is a new scale, the client feedback scores appear to correlate with the FWBC (1992) or the outcome rating scale (ORS, 2003). Any significant change session by session, even sometimes in one item, is worth a collaborative dialogue.

I have used a variety of other measures to track change over the years. I also started using three new scales I developed and published this year called the Friedman Life Balance Scale, the Friedman Mini 5 Factor Personality Scale, the Friedman Spiritual Awakening Scale (2018), and the unpublished Friedman Benefits of Therapy Scale.

Over the 50 years of my professional career (36 in private practice), I have developed an expanding integrative therapy approach. I started out (1960s and 1970s) with a strong interest in cognitive, behavioral, and systems approaches (marital and family) and fairly early on (1970s and 1980s) developed an interest in spiritual and well-being approaches (now called positive psychology), as well as the use of technology in psychotherapy. Later (1990s) I added the energy psychology approaches.

At the beginning of my career I developed a strong interest in tracking change session by session and a practice-based evidence approach. I have summarized decades of practice data as follows:

I am now semi-retired in private practice in the Philadelphia suburbs. My personal interests and development over 50 years in many ways parallel the development of the field, although often ten or more years earlier than the consensus of the field (making me an early adopter). I have found this process invaluable, and would encourage other practitioners, at whatever stage of their careers, to consider implementing a process of active self-reflection and evidence-based tracking measures in their own practices.