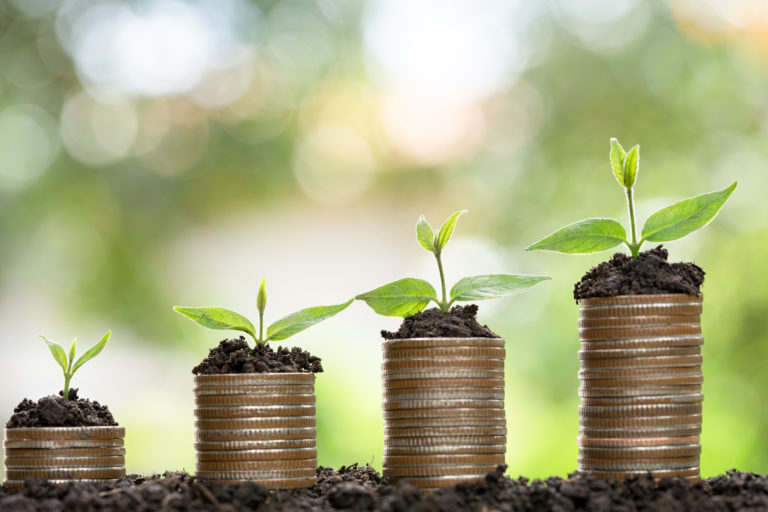 The Professional Development of Psychology Trainees in Supervision

Supervision is a crucial aspect of training and psychology trainees gain many benefits from it (Hook, Watkins, Davis, Owen, Van Tongeren, & Ramos, 2016). The supervisors’ actions guide the psychology trainees to help them increase their treatment knowledge and improve their abilities to apply that knowledge (Wrape, Callahan, Ruggero, & Watkins, 2015). Supervision is defined as a professional working relationship between a more experienced member and a less experienced member of the same profession (Wheeler & Richards, 2007).

The supervisory relationship is the foundation that helps psychology trainees develop professionally. What occurs during supervision helps the psychology trainee be better prepared and more effective when conducting psychotherapy in the psychotherapy session (Watkins, 2011). Although the majority of the research is in agreement that supervision benefits trainees, there is no clear consensus about which aspects are the most beneficial (Watkins, 2017).

Case Example 1: Challenging the Trainee to Grow With the Use of Video Recordings

In the first case example, the psychology trainee worked in a community mental health clinic. Of the many clients this trainee treated, one client in particular stood out (she has been de-identified to protect confidentiality). She was an African American female in her 20s with a serious mental illness, housing insecurity, poor interpersonal relationships, and moderate substance use issues. The client was often hypomanic and displayed pressured speech with tangential thought patterns. As the client struggled with multiple clinical concerns, she often brought up different worries in every session. This one client overwhelmed the trainee more than his other three clients combined. During the sessions, the trainee felt like a deer in headlights and the supervisor was essential in guiding him over this hurdle.

The supervisor was able to simultaneously support and challenge the supervisee to help him improve his self-awareness, treatment knowledge, and therapeutic abilities. During supervision, the supervisor and trainee reviewed video recordings of his therapy sessions. After the third week, it was clear to the supervisor that the trainee was stuck. After reviewing the video session, the supervisor and supervisee discussed the student’s specific actions, thought process, and perceived challenges. She recognized his use of empathy, reflective listening, and his supportive demeanor, but she knew he was capable of doing more. She challenged the trainee by being direct and telling him to do more in the session. At first this advice was difficult for the trainee to hear, but he recognized that he needed to hear it. The supervisor then challenged the trainee to conceptualize all of the client’s clinical concerns and appropriate therapeutic techniques, and to formulate a treatment plan. The trainee learned far more by being the lead in the treatment planning, instead of the alternative of having the supervisor dictate every aspect of the treatment.

In the following supervision sessions, the supervisor and trainee would review his video recorded therapy sessions. The two would then collaboratively evaluate the therapeutic techniques he had attempted and how these related to the treatment goals. Then they would discuss the trainee’s thought process during the session, his concerns, which aspects of the therapy were executed well, and which areas needed improvement. While watching the tape, the supervisor would also make some behavioral observations of which the trainee was unaware, but that had impacted the effectiveness of his sessions. The trainee used too many hand gestures and was verbose. Just as the supervisor was direct with asking the trainee to do more in the session, she was direct in sharing her observations as well. The therapist would then challenge the therapist to role play with her and practice being more concise in his speech and hand gestures. These minor changes appeared to have a major impact in his therapy sessions. Although the supervisor challenged the therapist to grow as a clinician, she was consistently warm and supportive throughout the process.

With the utilization of video recording of the psychology trainee’s psychotherapy sessions, the supervisor had a positive impact on the trainee’s professional development. The trainee was able to increase his own self-awareness and improve his therapeutic abilities. Through the supervisory relationship, the trainee was also able to improve his professional relationships with his clients and his clients demonstrated improvements in their treatment outcomes. The psychology trainee never enjoyed watching his video recorded sessions, even when he was being praised by the supervisor. Although the trainee always felt apprehensive while watching his videos, he cannot deny the benefits he received from doing so.

Case Example 2: Actively Learning With the Use of Role-Play

The following case example involves a supervisor at an integrated VA healthcare setting who was influenced by cognitive behavioral theory, positive psychology theory, and a coping framework. At this practicum site, the trainee learned how to use technology (i.e., mobile applications such as Virtual Hope Box, Adobe Spark Video, Breathe2Relax, ACT Coach, and PTSD Coach) to augment therapy with older clients who experienced complex problems relating to medical issues, severe mental illness, and cognitive impairment (e.g., dementia). Much of the supervision process consisted of opportunities for professional development (i.e., interprofessional collaboration), case presentations, and role plays. The supervisor was effective at finding the trainee’s areas of interest and using these to assist him in learning more about the population that they served, as well as demonstrating to the trainee how to use a specific technology to assist in the therapy session.

During supervision, there were role plays in which he was the therapist; in others, he would be the client. The trainee was grateful to have been in both roles, so that he could learn from practice, as well as learn how the client may feel on the receiving end of therapy. Seeing specific and tangible explanations given by the supervisor as the mock therapist in the role play provided the trainee a foundation from which to build in his own work with clients. There were many moments during role plays in which the supervisor demonstrated how to use the mobile applications creatively in his work with clients.

One example involved the psychology trainee’s inability to utilize the adobe Spark Video application to assist a particular client with adversarial growth. When he discussed this barrier with the supervisor, the supervisor assumed the role of the therapist in a role play and directed the trainee to be the client. He began asking the trainee questions about the client’s interests, work history, and hobbies. The supervisor went on to use what the trainee had said to develop a creative analogy that connected not only the client’s interests/hobbies and place of employment, but also the client’s adverse experience. After the role play, the supervisor explained how to use the information to create a slideshow in the Adobe Spark Video application. The supervisor then advised the trainee to collaboratively improve the slideshow with his client. This supervision process assisted the trainee in successfully using the technology to benefit his clients. This knowledge will stay with the trainee as he continues in his professional endeavors as a clinician.

Role playing has many benefits in the supervision process. Research supports that it provides an opportunity for direct observation and is an important element in developing competency in the provision of therapy (Weck, Kaufmann, & Witthöft, 2017). Role plays offer a supervisor the opportunity to directly observe the trainee’s therapeutic competencies and provide constructive feedback. Furthermore, research shows that effective supervisors use role plays as a form of interactive and experiential practice for the development of therapeutic skills (Falender & Shafranske, 2014). This particular supervisor was the only one of the trainee’s supervisors who incorporated the use of role plays into the individual supervision process. The supervisor was effective in using this form of interactive and experiential practice and provided the trainee with sufficient tools to be successful in his work with his clients. His actions will have an enduring impact on the trainee’s professional development. Not only did supervision help the trainee improve his clinical skills, it also helped him experience the positive impact of having a competent supervisor. This demonstrated for the trainee a valuable and effective training tool, role plays, that he may implement in his future role as a supervisor.

Case Example 3: Navigating Your Way to a Theoretical Orientation

As the trainee started working with a new client, it was evident that her supervisor’s theoretical orientation would not be most beneficial to employ. The trainee asked her supervisor what theoretical orientation she should adopt with this new client. The supervisor stated it was up to them to figure it out. It was in this moment that the trainee felt the weight of power and responsibility. To pick the most appropriate, clinically sound approach, the trainee had to both decide what she believed in as well as keep in mind how the client understood the world. The trainee felt she had to make a thoughtful decision in order to satisfy her supervisor’s request, but also to ensure the client was receiving the most beneficial care. Such a choice should be made cautiously, as some have argued that clinicians who choose an orientation based on a specific client’s needs may fall into the trap of randomly selecting before finding evidence that supports the efficacy the intervention (Corey, 2004).

The complex process a trainee undergoes when choosing a theoretical orientation is reflected in the literature (Arthur, 2001; Buckman & Barker, 2010; Heffler & Sandell, 2009). This choice can shape a clinical career and trainees are aware of the importance of this decision. Some trainees will be pressured to find a theoretical orientation that reflects their worldview, beliefs, and values without given the time or resources to do so (Spruill & Benshoff, 2000). For this reason, clinicians in training are urged to take advantage of all opportunities that will allow them to be exposed to a variety of different theoretical orientation before making their choice. Trainees should also keep in mind that their decisions are not lifelong commitments and can be deviated from if need be. If a supervisor provides you the support to try something new, even if it does not match your current path, take up the offer—you never know what you might learn about yourself.

The supervision process is an essential aspect of the psychology trainee’s professional development. It is an opportunity for the trainee to learn from the experience and knowledge of their supervisor. The actions that the supervisor takes during supervision have the potential to have long lasting positive impacts on the professional development of the trainee, as demonstrated by the three trainee experiences described above. Each of the trainees continues to learn from the experience they had with their supervisor, and it is hoped that others may benefit from their testimonials, as well. It is important for supervisors to be cognizant about the rationale for their actions and to think through the potential impacts on their trainees. It is also essential for the psychology trainees to be aware of their supervisors’ actions and how these impact their own development. After all, today’s trainee may well be another trainee’s supervisor in the future.

Conflict in the Supervisory Relationship 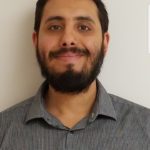 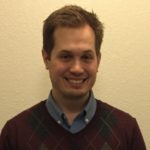 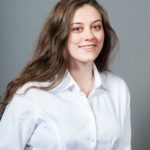