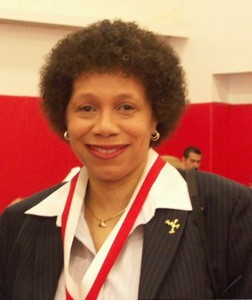 A Fellow of 7 divisions of APA (9, 12, 29, 35, 42, 44, & 45),  she has served in many leadership positions in the association and currently serves on the Division 29 Board of Directors, the Division 35 Executive Board, the Association’s  Policy and Planning Board and a representative of Division 44 to the APA Council of Representatives.

The Rosalee G. Weiss Award is a joint award, bestowed by the Society for the Advancement of Psychotherapy and Division of Independent Practice in alternate years and administered by the American Psychological Foundation (APF). It was established in 1994 by Raymond A. Weiss, Ph.D., to honor his wife, Rosalee.

The criteria for receipt of this award are as follows:

Award recipients receive an $1000 honorarium from the APF.

Deadline for nominations for this award should be submitted to by January 1 of each year.

Questions about this award should be directed to the Chair of the Professional Awards Committee, Dr. Jeffrey Zimmerman, drz@jzphd.com