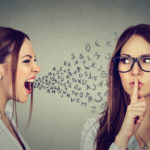 Microaggressions have been linked to reductions in psychological and physical health (Sue, 2010). The term racial microaggression is a term first utilized by Pierce (1970) to describe the subtle, jarring, typically automatic or unconscious, verbal and nonverbal exchanges; often perceived as understated, insulting “put downs” directed at people of color. Sue et al. (2007) did […]