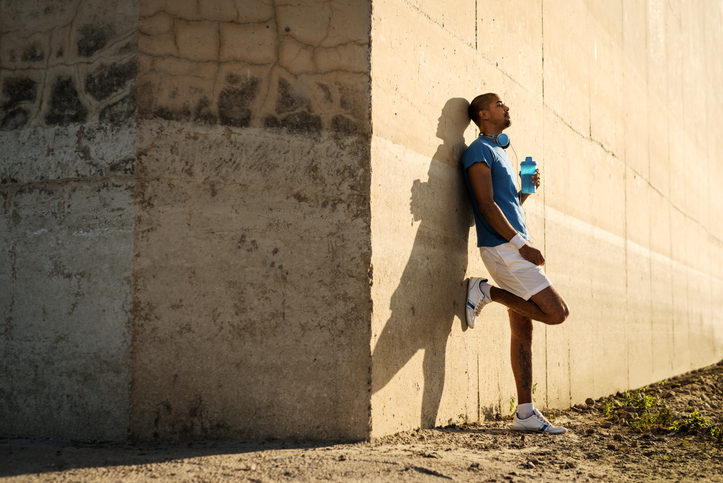 Self-care for Psychotherapists of Color

Clinical Impact Statement: This manuscript offers crucial information to psychotherapists who are also members of racial and ethnic minority groups, as well as those who educate and train them. Specific examples and suggestions are provided to assist psychotherapists in color in engaging in self-care practices.

Like other helping professions (e.g., physical health service providers), psychotherapists are expected to serve clients without expecting anything in return (Guy, 2000). Although the helping within psychotherapy is unidirectional, therapy involves a bidirectional flow in which the client and the therapist impact each other (Kottler, 2010). The role of a psychotherapist departs from other helping professions in several important ways. Often, a greater stigma is attached to mental health concerns than for physical health issues. This stigma can influence clients as well as psychotherapists who are feeling overwhelmed or burned out. Psychotherapists who internalize this stigma may be less likely to take care of themselves and/or seek out help when a need occurs. Additionally, psychotherapists’ personalities and identities are often foundational to the work they do: the populations they serve, the theories they choose, and the interventions they implement with clients. For these reasons, work can feel highly personal and even integral to one’s identity. Although this personal investment allows psychotherapists to be dedicated to their clients, a risk is serving clients at the expense of their own well-being. Psychotherapists develop working relationships with clients that maintain appropriate boundaries and levels of emotional and/or psychological involvement (Skovholt & Trotter-Mathison, 2011). Creating and maintaining these relationships takes significant effort and energy. As a result of these unique factors related to the profession, psychotherapists are at increased risk for negative consequences such as stress, burnout, and professional impairment (Posluns & Gall, 2019). Experts in counseling supervision, education, and self-care agreed that professional hazards for psychotherapists included, in order of importance, feelings of incompetence and self-doubts about effectiveness, isolation, stress, emotional depletion, compassion fatigue, concerns about caseload, and secondary trauma (Thériault, Gazzola, Isenor, & Pascal, 2015).

Psychotherapists may react to burnout and stress in a variety of ways, such as changing their self-care practices (Turnbull & Rhodes, 2019). They have often not learned how to nourish themselves and may even believe doing so would be selfish (Simms, 2017). Thus, self-care can often be neglected rather than being made a priority. For psychotherapists from marginalized groups (e.g., due to race and/or ethnicity), the issue of self-care may be even more salient. According to the minority stress model, individuals from stigmatized social categories experience unique stressors due to their minority status(es) (Meyer, 2013). Minority stress is additive to general stressors, is chronic (i.e., related to stable sociocultural structures), and socially based, meaning it stems from social processes, institutions, and structures that are beyond individual, biological, and/or nonsocial characteristics. Indeed, a meta-analytic review of 134 samples demonstrates that perceived discrimination has significant negative implications for mental and physical health (Pascoe & Smart Richman, 2009). Sexism and racism can make the professional hazards of therapy even more relevant for psychotherapists of color (used here to refer broadly to those from racial and ethnic minority groups who provide mental health care services). The focus of the present article will be on self-care for psychotherapists of color. Psychotherapists of color can experience racism in their education, supervision, therapy, and non-professional contexts. Each of these will be discussed separately.

Racism can be experienced within educational contexts. I can recall one such incident among one of my colleagues, a woman of color. She was tokenized and discriminated against within her graduate program. For example, she was often asked by faculty to speak as a representative of her racial group and was treated with lower expectations by some of the faculty. Understandably, these incidents left her feeling frustrated and isolated. They also undermined her self-confidence. As a graduate student, she had limited power and energy to take a stand. The same faculty who were discriminatory were in charge of her grades, dissertation, and supervision. At the time, she and I had extensive conversations about what self-care looked like for her. We discussed her family as a significant source of strength. Rather than rely on the authority figures in her program, she re-invested her energy in her family and community. She sought solace in family and professional opportunities to help her community. She committed to spending time with her family each week. She also sought out friendships with other graduate students who were experiencing similar issues. This allowed her to have an outlet to vent her frustrations that proved to be important. Ultimately, she graduated and became an outstanding, helpful mentor and therapist to many.

Another context in which psychotherapists of color can experience discrimination is in supervision. An example of this can be found in an article by Beliard, Cunningham, Fontus, and Moye (2018). One of the psychotherapists, Porshia, who identified as a mixed Panamanian and African American woman, recounted a supervisory experience. In a session with her female White supervisor and White female colleague, they discussed growth and change. Porshia detailed a previous experience in which she was assigned to do therapy for a White family and the son called her a racial slur. Porshia explained how she was now better equipped to handle such a remark. In discussing this experience with her, the supervisor used the same word the client had used, the “n word,” in an attempt to relay the client’s language back to her. Porshia stated that in her younger years, she would have felt offended at the supervisor's use of the word. Rather than listening and holding space for Porshia’s concerns, the supervisor became “visibly upset” (p. 20) and questioned whether Porshia was calling her racist. The conversation shifted from being about growth and the colleague became quiet and appeared uncomfortable. The supervisory relationship was never the same and then abruptly terminated a few months later. In response, Porshia sought out consultation from friends and mentors, all of whom were psychotherapists of color. She described being highly intentional in selecting the people she sought for feedback. She also relayed a profound process of self-reflection in which she clarified the questions that had emerged from the supervision session, such as how she was supposed to feel comfortable to open up in supervision again. After extensive consultation, she was able to answer the questions she had. She described her process as consulting with “my tribe, a community of individuals that are comfortable with topics like race and other social justice issues” (p. 20). She reported that they shared similar encounters and encouraged her to take time for herself. As a result, she felt less alone and was able to heal from the experience.

Racial issues can also occur in the therapeutic context. I can recall one such instance that happened to me. I identify as Iranian American but appear ethnically ambiguous to others. Sometimes I am read as Middle Eastern but other times people assume that I am Latina. I only discuss my background with my clients if it comes up so as not to take the focus away from the client. The client I was seeing at the time was in her early 20s and identified as Mexican American. She may have assumed that we were of the same background. In one of our final sessions, she explained that her brother was stationed in an Arab country as a soldier. She described her anger at the Middle East and how much she hated people from that region of the world. She reported believing that this region was a wasteland who had taken her brother away and she wished that all the people from there were dead. At the time, I did not feel confident enough in my therapeutic skills to address her biases and only processed her emotions the same way I would have with other emotions. I spoke of this experience in supervision but still felt unsettled. I ultimately decided to engage in self-reflection through journaling and meditation. I processed my emotions with my personal therapist. I wrote a letter that I would never send to my client explaining my feelings and detailing how much it had hurt to hear how she wanted to protect her family at the expense of mine. I spoke with my father about U.S. foreign policy and how it had impacted people from both my countries: Iran and the U.S. It took a great deal of time, but I was ultimately able to have empathy for her position. Looking back, I wish I had possessed the skills to acknowledge the differences between us more directly. Given our strong rapport, I think it could have led to a productive discussion that would have allowed her to let go of her anger and hostility, which would have improved her well-being.

Experiencing racism in non-therapeutic contexts is especially relevant since the campaign and election of Donald J. Trump. His tone and policies are widely viewed as xenophobic and racist in ways that impact many Americans. For example, Latinx youth described feeling afraid, anxious, contemptuous, and disgusted as a result of Trump’s immigration policies and rhetoric (Wray-Lake et al., 2018). They also reported experiencing more racism since the election. Psychotherapists of color are not immune to these impact. Franchesca, a female therapist of color and Haitian-American, explained how living in a country led by a president who feels “comfortable to assert his white male privilege and make derogatory and racists (sic) comments publicly about Haiti, the first Black republic, is roaring evidence of the state of racism and cultural desensitization in this country” (Beliard et al., 2018, p. 21). She concludes that the dominant cultural groups in the U.S. tend to reject the idea that racism occurs unless it’s brought up by the media. Minority groups, however, do not have the privilege to exist in that reality. Franchesca recommended that psychotherapists of color have a consistent goal of maintaining “a balance between bringing a voice to the issues and developing self-care to not allow ourselves to be defeated by them” (p. 22). In other words, psychotherapists of color should find their tools of self-care but can also gain purpose by standing up for social justice issues (e.g., anti-racism efforts).

Therapists of color can experience racism and xenophobia in a wide variety of contexts. Previous researchers have found specific strategies that may be helpful. Haarhoff, Thwaites, and Bennett-Levy (2015) demonstrated that therapist beliefs are important in self-care practices. Although the study did not explicitly address psychotherapists of color, findings are relevant for this population. Psychotherapists of color are encouraged to believe that we deserve self-care and prioritize making time for it. Similarly, the concept of mindfulness may be helpful. Keane (2014) demonstrated that mindfulness practice helped increase psychotherapists’ awareness of self-care needs and provided support in addressing these needs. Mindfulness, and specifically loving-kindness meditation, can cultivate psychotherapists’ self-compassion (Boellinghaus, Jones, & Hutton, 2013). Compassion has historically been thought of as directed toward others. Self-compassion, however, involves being emotionally supportive toward the self and others, especially when one is suffering and/or facing human imperfection (Neff, 2003). Given the stress experienced by psychotherapists of color from racism, self-compassion may be particularly helpful. In sum, psychotherapists of color may experience racism in a variety of contexts, but self-care can serve as a protective factor to continue to reap the rewards of their therapeutic work and serve their clients effectively. 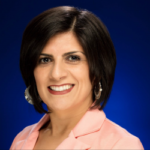