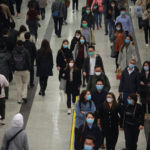 COVID-19 first outbroke in Wuhan at the very beginning of 2020, and quickly spread across the country, and over the world. WHO made the claim that the outbreak of COVID-19 can be characterized as a pandemic worldwide on March 11th. With a series of actions implemented as public health emergency interventions by the Chinese government, […]

Supervision and Ethics: The Conference of Professionalization of Psychological Counseling and Therapy was held by Clinical and Counseling Psychology Registration System, CPS, and Hubei Oriental Insight Mental Health Institution, and co-organized by The Society of the Advancement of Psychotherapy (Division 29, APA) from April 21 to 23, 2017, in Wuhan. In addition to being the […] 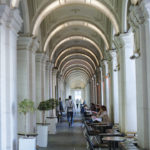 by Society for the Advancement of Psychotherapy
Nov 2, 2016

We are partnering with OI to promote psychotherapy in China and the United States, facilitate dissemination of psychotherapy research across language and national boundaries, promote collaboration in research and training between the two organizations, and to recruit non-APA affiliate members in China to join our organization. Watch excerpts from the historic signing of an agreement […] 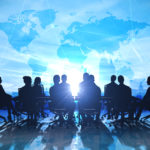 With the leadership of Drs. Changming Duan and Rod Goodyear, the International Domain has initiated a partnership with Oriental Insight to promote collaboration in research and training. This partnership will also help recruit more Chinese psychotherapists to become members of SAP. With the generous donation of his Presidential Address time, Dr. Armand Cerbone oversaw the […]