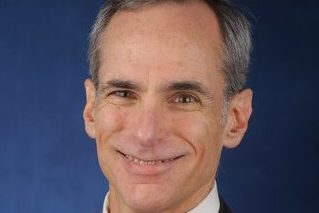 In awarding Dr. Jeffrey Barnett a Presidential Citation on August 4, 2017, SAP President Jeffrey Zimmerman described Jeff as “an active and vital member of the Society for the Advancement of Psychotherapy, Division 29 of the American Psychological Association, serving in many important roles including its President and its Publications Board Chair” and noted his contribution to mentoring, advising, inspiring and supporting members of the SAP community.  It is with sadness that we also note that Jeff’s role on the Board came to a close at the end of 2017.

As Jeff transitions out of service in the Society, we have the opportunity to reflect on the lasting impact he has had as President and Pub Board Chair.  He has been transformative in a myriad of both obvious and subtle ways. The Society will never be the same after Jeff. Those who have had the opportunity and privilege to work closely with him won’t either.

I feel like I’ve known Jeff forever, which of course isn’t true. Our lives intertwined in Division 42, as associate editors of Professional Psychology: Research and Practice and in the Association of Practicing Psychologists. After having shared the presidency of Division 42 (he was president-elect as I was president), I knew exactly who I wanted to follow me as president of this wonderful Society—it had to be Jeff.  We were embarking on big changes in the Division as we created the domains and developed stronger opportunities for members to engage with and participate in the activities of the division. He brings a wonderful combination of broad perspective, attention to detail and generosity of spirit that draw people into his vision.  He engages them in supportive collaboration that leads to grand successes. But he wasn’t looking for a new challenge. I thought about offering him my firstborn child, but he already had one of those and wasn’t looking for another! So I offered him something even better—the opportunity to make a real difference in something he is passionate about—the science and practice of psychotherapy and how we communicate that knowledge.  He took the bait, and this Society started a new era.

We reorganized the Division, creating Domains, re-energizing committees and committing to clear focus on diversity.  I was president that year, but it was in the partnership and continuity across time that real change happened. Jeff continued his involvement in the Division, ultimately becoming chair of the Pub Board, and the changes we began together were cemented.  Two most noteworthy were the support he offered Mark Hilsenroth in building the journal as a premier resource for the field, as well as for the Society, and the leadership he brought to Brad Brenner as we built a first class website.

Jeff’s impact is felt in a thousand ways, large and small and goes way beyond the Society.  I will share a few that are exemplars. He chaired the APA Board of Convention Affairs when the decision was made to meet in New Orleans the year after Hurricane Katrina; he organized the collection of backpacks with supplies to help many impacted kids return to school.  He chaired the APA Ethics Committee and continues to write and present about ethics in a way that is respectful, responsible, complex and deeply understanding of the realities of being human. As a past president of Division 31, he undertook organizing and presenting the Heiser Awards for advocacy when it became homeless within APA; he did this for many years, quietly and generously. He is a professor at Loyola College of Maryland where he delights in being paid to think, and write, and work with students; what could be better for him?

His sense of humor is gentle, subtle, fun and always kind. His mentoring is legend, as many can attest. I knew how much he would quickly find a good match in the friendships and warmth of this Society, just as we have with him. Jeff’s warmth, supportiveness, wise counsel and humor transform the work into partnership and friendship that make it easier and far more fun to accomplish big goals.  We have all accomplished big goals under his leadership. Thank you, Jeff.

Editors’ Note: Below are just a few reflections from members of SAP governance on Jeff and what his involvement with SAP has meant to them.

On Hope, Change, and Jeff Barnett

The first time I spoke to Jeff Barnett was on November 4th 2008.  It was historic night, and like so many millions of people throughout the country my wife and I were eagerly awaiting Barack Obama’s victory speech to the crowd at Grant Park in Chicago.  In that growing anticipation, the phone rang. My wife and I looked at each other in ways that communicated several related thoughts nonverbally and with accompanying facial or bodily expressions, “Should we get it?” “Should we not?” “May-be…?’ “It’s late-ish “We don’t want to miss any of the speech.” “We’re tired, do we really want to talk to anyone?” “Who the heck is calling us after 8pm?”  After the second ring, a soft rustling sound emanated from the baby monitor transmitting from my 3-month old daughter’s room. Prior to the third ring I picked up the phone, and stated “hello” in a soft, tentative, tone. “Hi Mark, this is Jeff Barnett calling on behalf of the Division 29 Executive Board. I’ve got some great news!” And while perhaps not so auspicious as the other election news that evening, he informed me that I had been selected as the next Editor of Psychotherapy.  Great news indeed, and news that would change my life.  Although, knowing my newborn daughter could be on the verge waking up I keenly felt the dread of not wanting that to happen, along with my desire to jump up and down with all the excitement and joy that came with this news.  I realized I was a little tongue tied and acting very odd, because my wife kept giving me her “What’s going on?” look with increasing intensity until I smiled and quickly whispered “Editor” to her with a “thumbs up” sign. Then I quickly moved down to the basement where I was able to more fully express my energy and passion about this position to Jeff.  Jeff and I spoke for a while, deeply, not only about our hopes for the journal, but also how these related to both the future of Division 29 as well as the field of psychotherapy. Our shared attitude about these hopes was, fittingly, “Yes we can!” This was my first experience of Jeff’s warmth, encouragement and engagement, something that would be a constant over the many conversations we would have in the years to come.

The second time I spoke to Jeff Barnett was a few years later, when he agreed to take on the position of Publication Board Chair.  Very soon after he was elected to this position we spoke on the phone again. Our conversation very quickly and easily picked up where it had left off regarding the synergistic goals of the journal, division and the field at large.  Again, covering where we had been, where we were and where we hoped to go the sentiment continued to be one of “Yes we can!” Also of note, I remember us discussing even then how I was mentoring our journal Associate Editors for their own eventual roles as editors someday, an important issue we would return to regularly across the time we’ve worked together.  I think this highlights one of the key aspects of Jeff’s leadership style, planning for the long term and the value of mentoring others well. He recognizes it’s easier to have hope for the future and facing the eventual change that is inevitable, when you are well prepared for it. And at the heart of this preparations is facilitating relationships.

I’ve spoken with Jeff regularly over the last seven years in his role as Chair of the Publication Board.  He has been a great partner and provided valuable support through this time. I can say without doubt the journal success has benefitted from this relationship, involvement and his leadership of the Publication Board.  As such, I feel a good bit of ambivalence about his departure from the Publication Board. This change has come with quite a bit of preparation, most importantly his mentoring of several individuals on both the executive and publications boards in the process and functioning of the division.  Our entire organization is better off because of his many years of service and have confidence in the environment he helped develop. I hope the best for him as he transitions into his new primary support role as a grandfather. I believe he will be up to the task at hand.

I plan to call Jeff one last time in his role as Publication Board Chair at the end of December to again express my thanks for all he has done for myself, the journal and our organization.  To say “Yes we did!” And express my sincere hope that someday in the future we may find another project to work on together.

I have served on the board of Division 29 with Jeff for almost 10 years and I feel confident that I speak for everyone who has worked with him in this capacity over the years that he will be badly missed. Jeff stands out as someone truly committed to not only the organization but to the individual persons that comprise it.  He always goes above and beyond in his efforts for the division. He has made me and every other new member feel welcomed and valued. Thank you Jeff for all that you have done!

I first met Jeff when he was leading the ethics workshop for the Maryland licensure exam.  He was clear, helpful, and, frankly, calming.  In fact, he has continued to be a clear, helpful, and calming presence in my life for 20 years.  Having served with him on the Division 29 Board, both when he was president and when I was president, I can say with great confidence that Jeff has expertly mentored me in my professional volunteer roles.  Some of what I learned from Jeff was taught by him directly (such as in the ethics workshop).  Some of what I have learned from Jeff has been through observing him (such as his incredibly positive and always diplomatic responses, whether in person or in email).  Some of what I have learned from Jeff has been through conversation with him (such as his supportive and helpful suggestions when I took on the presidency of the division).  In every instance, those moments of learning have stuck with me.  His impact on me has been both immediate (and practical) and long-term (and highly influential).  I hope I have learned to be a little bit like Jeff in all that I do - competent, ethical, trustworthy, kind, and dedicated.  Thank you, Jeff, for being you and for improving the lives of the people around you.

It is difficult to put into words how influential and inspirational Jeff Barnett has been to me both professionally and personally.  As small examples, I would have never been a member of the APA Ethics Committee, or been promoted to full professor without Jeff’s exceptionally generous support and mentoring.  Despite his incredible accomplishments, Jeff always makes time for anyone who needs his guidance. He is the consummate ethical professional and scholar, outstanding leader, exemplary role model, and legendary in the field yet also refreshingly modest.  Thank you, Jeff, for everything you have done for psychology, APA, Division 29, your colleagues, your students, and me.  We all owe you a huge debt of gratitude.

Again, this is just a small sample of the many stories and expressions of gratitude we have heard down through the years for Jeff and his contributions to SAP and the field of psychology. 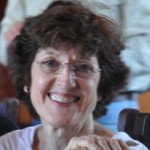