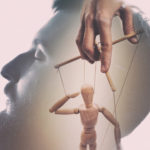 The American Psychological Association (APA) has been in the press again, and once again it is bad press. The old specter of collusion between psychologists and CIA interrogators and torturers was raised in an article in The New York Times (Risen, April 30, 2015). There really should not be anything controversial about this issue. It […]