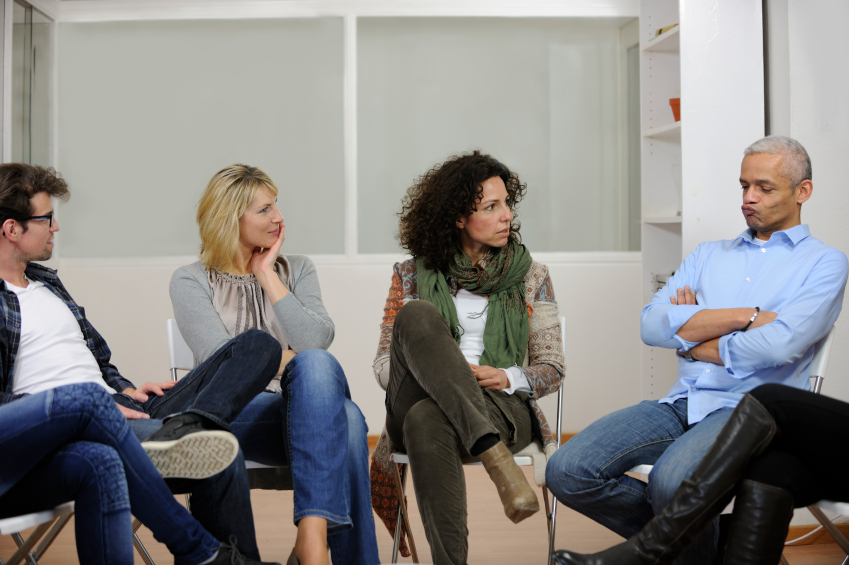 In the realm of group counselor training and development, an emerging area of research has addressed how novices differ from experts in their organization of domain knowledge. Existing research has investigated experts and novices’ knowledge structure about group members (Kivlighan, Markin, Stahl, & Salahuddin, 2007; Kivlighan & Quigley, 1991) and group leader interventions (Kivlighan & Kivlighan, 2009, 2010). Researchers found in general that group counseling trainees possess “lay theories” about these domains that are different from experts’ at the beginning of training, yet their organization of such knowledge gradually converge with experts’ during the training process, an outcome associated with their improved effectiveness.

To obtain a more nuanced look at the specific aspects in which novices’ knowledge structures diverge from experts’ about group leader intervention, Kivlighan and Tibbits (2012) compared the knowledge maps of trainees to the average knowledge map of experts to identify common cognitive errors of novice counselors. They proposed two types of errors: errors of commission, which denotes relationships (links) between concepts that are present in trainees’ knowledge structures but absent in experts’ knowledge structures; and errors of omission, which denotes relationships (links) between concepts that are absent in trainees’ knowledge structures but present in experts’. This study seems to be the first attempt to specify the divergences between the cognitive maps of experts and novices, which could help educators understand typical misconceptions of their trainees and develop specific goals and foci for training.

These studies show that it is both theoretically and practically meaningful to compare the knowledge structure between novices and experts to facilitate understanding of group counselor training and development. The present study is thus designed to investigate how the novice group counselors’ knowledge maps diverge from experts’ about group situations, which has been a “missing piece” in existing literature.

Donigian and Hulse-Killacky (1999) maintained that group therapists need a systematic and orderly mental organization of group situations to enhance the predictability and facilitate effective management of these occurrences. One objective of group counseling training, therefore, is to help novices understand the latent connections and potential common interventions among a myriad of group situations. When trainees start to view the variety of group situations not as isolated and unique occurrences but as a series of interrelated “clusters” or “patterns” organized by underlying connections, they will gradually develop intervention strategies to address each type of situation, and will likely become more efficacious.

In this context, the present study attempts to attend to the “missing piece” of group situations and examine how group counseling trainees’ knowledge structure about group situations diverge from those of experts. In particular, we sought to identify novice’s cognitive errors of commission and omission. Similar to Kivlighan and Tibbits (2012), this study uses the Pathfinder Network Analysis (PNA, Schvaneveldt, 1990) to generate a knowledge map for each individual trainee and an expert knowledge map based on the aggregated responses of three expert group therapists. This method has been extensively used in generating and comparing knowledge maps in a variety of areas (Schvaneveldt, 1990), and specifically in a number of group counseling research studies (Kivlighan & Kivlighan, 2009, 2010; Kivlighan & Tibbits, 2012).

Expert group therapists. Three distinguished and experienced group therapists were recruited to participate in this study. They were Caucasian males between 61 and 68 years with more than 25 years of experience in leading counseling or therapy groups. They are also fellow members of highly reputable professional associations, and are editors or authors of professional journals and books. They identified themselves as interpersonally oriented.

The revised Group Therapy Questionnaire (GTQ). The GTQ (Wile et al., 1970; revised by Wile, 1972) is composed of 21 descriptions of realistic situations that typically occur in counseling groups. Participants are required to read each description and indicate from a list of 19 potential responses one or several interventions they would consider doing in this situation.

The three experts completed the GTQ independently. The trainees individually completed the GTQ between their first and second class session. Participants were instructed to select all responses they might consider for each group situation.

Further examination of the specific interventions used by trainees indicated great variability with no consistent pattern. To investigate the possibility of having subgroups, we further analyzed the links in the knowledge maps of the 28 trainees using the Ward method in hierarchical cluster analysis. 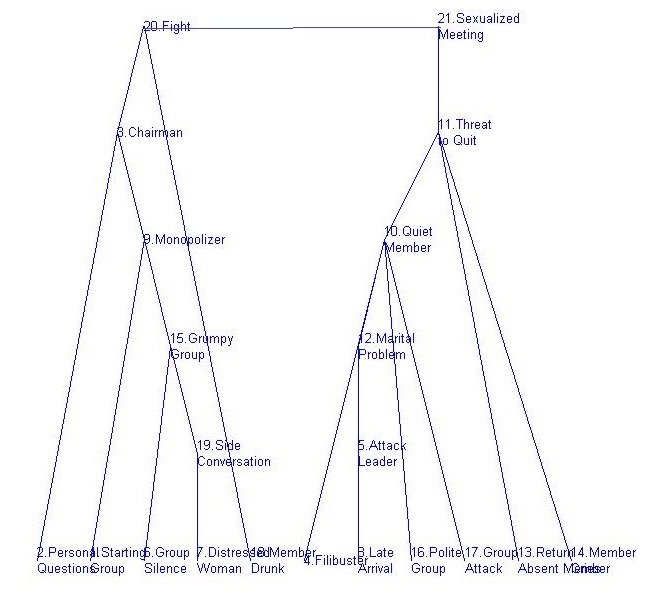 The average knowledge maps (tree format) of the two subgroups of trainees.

The first primary finding of this study is that, compared to the 21 correct links identified by the experts, novice trainees showed no common error of commission, but 17 common errors (85%) of omission. This indicates that novice group trainees who have had minimal training in group counseling have difficulty grasping implicit similarities and have yet to organize and integrate them effectively around potential interventions. This finding is consistent with cognitive psychologists’ general findings that novice trainees are less capable of perceiving implicit relationships between concepts and understanding meaningful patterns of domain knowledge (Glaser & Chi, 1988). Also, it supports the argument that novice group counseling trainees need specific guidance for a more in-depth understanding and effective management of various typical group situations (Donigian & Hulse-Killacky, 1999).

The identified omission results in this study might help understand the implicit patterns of group situations trainees generally fail to grasp. Examining descriptions in GTQ (Wile, 1972) in the Cluster-1 situations in which common omission errors occurred, there seems to be a demand from the group to the leader for some structure or guidance (e.g., deal with monopolizer, lead group at the beginning). In Cluster-2 situations, the group is active but impotent in achieving certain group goals (e.g., getting the silent member to talk, convincing the leaving member to stay in the group). In Cluster-3 situations, there is a “problem member” (e.g., silent member, seductive member) who is influencing the general group dynamics. In Cluster-4 situations, the groups are displaying avoidance by acting out, remaining silent, allowing one member to do all the talking, or splitting into subgroups (Yalom & Leszcz, 2005).

Experts approach these clusters of group situations with quite consistent interventions: They uniformly endorse remaining silent, disclosing leader’s feelings, and giving interpretations about group atmosphere. In spite of the variability between these four clusters of challenging group situations, experts seem to regard these three interventions as nonspecific situation-general techniques that can be applied quite broadly. Novice trainees generally do not have such an understanding, given the variability of their responses to these situations; thus, this result suggests that novice trainees may benefit from putting the three situation-general interventions into their repertoire of skills as potential responses to varying group situations.

In addition to the three situation-general interventions, experts also consistently have certain particular responses to the specificity of each cluster of group situations. To address the demand from group for structure in cluster 1 situations, experts consistently consider sharing their own experiences to provide a vicarious model for the group members, which novices feel hesitant to do (Teyber, 2006). To address problems in group dynamics (cluster 2 and 3), experts choose to use interpretations at both the group or the individual level, which novices find challenging in doing (Hill, 2014). To address group avoidance in various forms (cluster 4), experts endorse providing reassurance and approval. Overall, novice trainees may find it useful to consider the aforementioned intervention strategies experts use in organizing and responding to varying group situations.

From the average knowledge structures of experts and two subgroups of trainees, experts differentiate these two branches in a way consistent with Luborsky (1984)’s supportive-expressive conceptualization of psychodynamic interventions. Unlike experts who approach the two branches of incidents differently from the perspective of the group process (whether the group needs support or insight), the first group of trainees tend to respond to the two branches of incidents from the perspective of themselves, i.e., the group leader (whether the leader should facilitate exploration by asking questions or give direction by providing structure). This is consistent with the observation of Teyber (2006), who pointed out that novice counselors are inclined to focus on themselves (“what should I do now”) and have difficulty being fully present with the client (“what the client feels and needs”) and attending carefully to the therapeutic process (“what’s been happening here-and-now”). For the second subgroup, no clear pattern of response to the two branches could be identified. This may be because of the additional commission errors made by the second group, which further confound the knowledge structure as a whole. It seems that they represent the subgroup of trainees whose intuitive understanding of group counseling is less differentiated, more inaccurate, and more poorly organized.

In sum, though the relative small sample size might have limited the interpretation of results in this study, it provided a specific account of how experts’ and novice trainees’ knowledge structures about group situations differ, and could potentially inform educators on how to better address the specific misconceptions and assist trainees experiencing greater difficulty in minimizing errors in group situations. 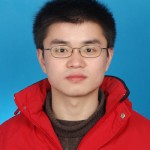 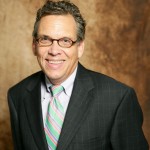