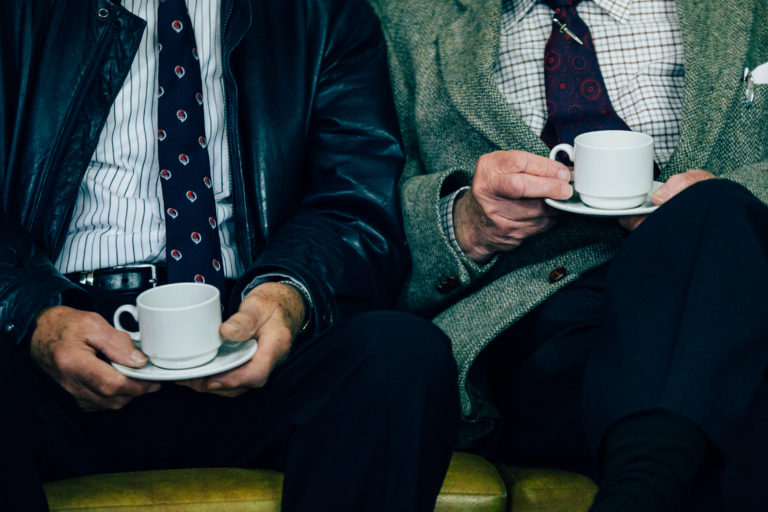 It is well-documented that Millennials—(those born between 1980 and 2000 ± 5 years)—exhibit behaviors and attitudes that are distinct from previous generations (Fromm & Garton, 2013; Smith & Nichols, 2015). For example, compared to the Baby-Boomers constituting their parents’ generation—individuals born between 1946 and 1955 ± 5 years—Millennials are more likely to expect immediate results. While this preference for immediacy is often reflected by colloquial characterizations of Millennials as “impatient” and “needing everything fast,” a body of scholarly research and formal literature has sought to document the more tangible ways in which Millennials’ preference for immediacy has manifested in real-world behavior.

Recent studies suggest that these attitudes have also manifested in Millennials’ healthcare choices. Researchers have found that when seeking medical care, Millennials prefer faster services such as retail and urgent-care clinics at rates double those of Baby-Boomers (Parment, 2013; PNC Healthcare, 2015). This “intolerance for delays” among Millennials is a “unique characteristic that is changing the dynamics of healthcare” (Cowan, 2010, p. 379).

Psychotherapy is similar to medical services in that it offers multiple forms of treatment that differ in length and method of delivery. However, to date, there has been no research regarding generational expectations and preferences as they relate specifically to psychotherapy. Given the extent to which Millennials’ preference for immediacy has begun to transform the medical care industry, psychotherapists may well benefit from understanding how generational status influences clients’ expectations of psychotherapy. Thus this study investigated the respective time preferences of Millennials and Baby-Boomers as they relate to various issues regarding psychotherapy. Specifically, this study compared Millennials’ and Baby-Boomers’ attitudes regarding:

In addition to generational data, we investigated the potential influence on expectations of psychotherapy of participants’ race, gender, income, and previous treatment history.

Participants completed a 10-item self-report questionnaire created for this survey, consisting of eight “attitude toward psychotherapy” questions (see above), a racial identification item, and a question regarding whether they had been in therapy previously. Of the eight “attitude” items, questions 2, 5, 6, and 7 consisted of a free-numeric response format, while the remaining questions required a multiple-choice selection.

Question 1, regarding the “type of therapy preferred,” required respondents to choose between Cognitive-Behavioral Therapy, typically a shorter-term therapy, and Psychodynamic Therapy, typically a longer-term therapy. The choices for “not seeing results when expected” (Question 3) were: continue with the therapy-give it more time; switch therapists; and stop therapy altogether. The response choices for Question 8, regarding “the amount of time to develop a good working relationship with your therapist,” were: 1-2 sessions; 3-4 sessions; 5-6 sessions; and > Than 7 sessions.

“Google Consumer Surveys” (n.d.) was the platform used to administer the questionnaire. Research has shown that Google Consumer Surveys is more accurate than other probability and non-probability based internet surveys, and is comparable in many respects to surveys conducted by the Pew Research Center (McDonald, Mohebbi, & Slatkin, 2012; Pew Research Center, 2012). Data collection took place in the Spring of 2016 over a two-month period. Potential participants were only shown the survey if their age qualified them as a Millennial or Baby-Boomer. Before beginning the questionnaire, participants were informed that the survey would ask anonymous health and medical questions; they were otherwise blind to the purpose of the survey.

There was also no significant difference regarding each group’s sense of when they would begin to disclose very personal information to their therapists: Millennials (M = 3.74, SD = 6.01) and Baby-Boomers (M = 3.13, SD = 5.19) similarly reported that they would begin to make such disclosures after roughly 3 sessions, t (896) =1.63, NS. And a stepwise multiple regression showed that the number of sessions it should take to develop a working relationship with the therapist was unable to be predicted based upon the independent variables examined in this study, including gender, race, income, previous attendance in therapy, and generation. Although a significant relationship was not determined, it is notable that 78% of Millennials and 82% of Baby-Boomers thought a good working relationship with the therapist should be developed within the first 4 sessions.

There were also no statistically significant relationships found when examining gender, income, race, previous attendance in therapy, and generation, in regard to the consequences if therapeutic results were not achieved when expected. Likewise, this same group of variables did not show a statistically significant relationship in terms of the perceived acceptable duration of time waiting for psychological testing results. A stepwise multiple regression was also unable to find a significant model to predict the amount of time before an individual becomes impatient waiting for a therapy appointment to begin, based upon generation and the various demographic variables.

But some significant differences did emerge. Millennials (M = 10.47, SD =10.03) seemingly need a longer period of “small talk” than Baby-Boomers (M = 9.01, SD = 9.89) before transitioning into “big” topics, t (884) = 2.18, p < .05. In addition, several significant attitudinal differences were found in regression models that included generational status. A stepwise binomial logistic regression was performed to ascertain the influence of respondents’ gender, income, race, previous attendance in therapy, and generation on preference for type of therapy.

A stepwise multiple regression was calculated to predict, “During what session a primary problem was expected to be resolved in therapy,” based upon the same variables noted above. While the generational and demographic variables were not predictive by themselves, adding “previous attendance in therapy” to the model produced a significant regression equation, F (5,849) = 6.56, p < .000), with an R2 of .037. Participants’ predicted expectation of when a problem should be resolved is equal to 16.69 - 3.94 (no previous experience in therapy) sessions when past experience in therapy was measured as either “yes” or “no.” The number of therapy sessions needed for a resolution of a primary problem decreased by 3.90 sessions when individuals had not been in therapy previously.

While gender, income, previous attendance in therapy, and generation were not found to be predictive, race was found to have a significant relationship on respondents’ perceptions as to when personal information would be disclosed to the therapist. A One-way ANOVA was conducted to examine the effect of racial identification as to when respondents reported they would begin to disclose “very personal information” to their therapist. There was a statistically significant difference between racial groups, F (3,828) = 5.14, p < .01).

A Turkey HSD post-hoc test determined that respondents who identified as African-American reported they would disclose very personal information to their therapist during sessions significantly later (M = 5.87, SD = 11.4) than individuals identifying as White (M = 3.06, SD = 4.88), p < .01 Comparisons between other racial groups were not found to be significant.

The primary purpose of this study was to examine differences between Millennials and Baby-Boomers in regard to their expectations of psychotherapy.

The results of this study suggest that despite Millennials’ documented preference for immediacy in many other contexts, for the most part their expectations regarding psychotherapy do not differ significantly from those of Baby-Boomers.

Notably, Millennials expressed a preference for longer-form therapy (Psychodynamic) while Baby-Boomers preferred shorter-term treatment (CBT); furthermore, in comparison to Baby-Boomer participants, Millennials expressed a need for a longer “warm up” time in therapy before delving into significant material. For those weary of a generational shift in the provision of psychotherapy similar to that of medical treatments, these results may be gratifying.

Another notable, though not generationally-linked, finding was that on average, individuals identifying as African-American expect to disclose very personal information to their therapist roughly 3 sessions later than those identifying as White. Previous literature has explained that as a result of the discrimination and racism experienced by the Black community, African American clients do not automatically grant trust to their therapist. Rather, trust is given after the therapist demonstrates an understanding of the client’s worldview and cultural experiences (Sue & Sue, 2012).

There are multiple limitations to this study. While various racial groups were represented, the overall respondent sample was primarily White. A greater representation of minority groups would increase the generalizability of the study’s findings.

In addition, due to the format of the Google Consumer Survey platform used in this study, the questionnaire was limited to only 10 items, and each item contained a word limit. Furthermore, when examining whether respondents had been in therapy previously, respondents were requested to answer a “yes or no” item, with no differentiation between the various forms of psychotherapy or the extent of their experiences.

Similarly, respondents were only allowed to choose between the shorter-form Cognitive Behavioral Therapy, and the longer-form Psychodynamic Therapy. These two forms of therapy were chosen to reflect large differences in treatment length but this is not necessarily the case—that is, dynamic therapy can be short-term.

Moreover, it was not established in this study that respondents knew the differences between these forms of treatment, including their presumed difference in treatment duration. We also suspect that if the age of the imagined therapist in these questions was systematically varied, different results may have been obtained; that is, the stereotypical image of an older (Baby-Boomer aged) therapist may have influenced response patterns. Future investigations into this topic, then, need to incorporate other forms of therapy into the study design as well as an age-related therapist variable; these investigations also need to determine whether respondents are aware of the putative differences among forms of therapy, including presumed differences in treatment duration.

Nevertheless, it is certainly possible that the results obtained in this study are essentially accurate—that there are few generational differences in attitudes toward psychotherapy. There may well be expectations about psychotherapy, including essentially accurate expectations about the amount of time it takes to effect a good therapeutic alliance, obtain good therapeutic results, or speak honestly about difficult topics, that transcend generational status.

Fromm, J., & Garton, C. (2013). Marketing to Millennials: Reach the largest and most influential generation of consumers ever. New York: AMACOM.

Pew Research Center. (2012, November 7). A comparison of results from surveys by the Pew Research Center and Google Consumer Surveys. Retrieved from http://www.people-press.org/2012/11/07/a-comparison-of-results-from-surveys-by-the-pew-research-center-and-google-consumer-surveys/

PNC Healthcare. (2015). The road ahead in U.S. healthcare: Will patients take the wheel? Retrieved from https://www.pnc.com/content/dam/pnc-com/pdf/corporateandinstitutional/Treasury%20Management/Healthcare/patients-take-wheel-Whitepaper_cib-healthcare.pdf

Responding to the Suffering of the Ottoman Turkish Genocide of Armenians 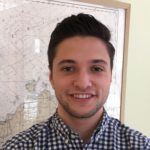 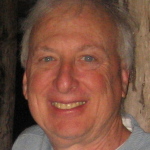 « Working with Transfer Clients
Necessity and Urgency of Increasing Graduate Training in Chinese Clinical and Counseling Psychology »
Society for the Advancement of Psychotherapy uses cookies to provide you with a great user experience. By using this website, you agree to the use of cookies on your device. SettingsACCEPT
Privacy & Cookies Policy