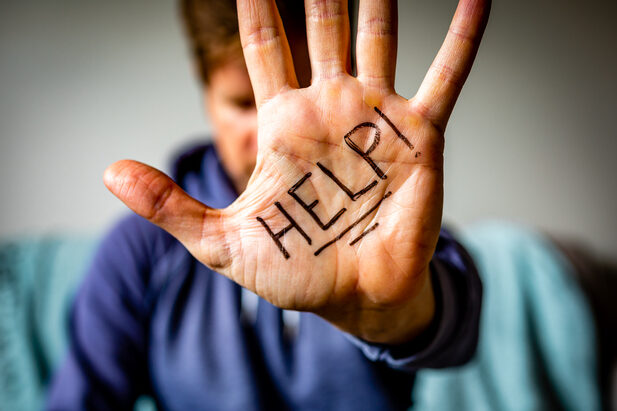 Clinical Impact Statement: Qualitative data shows that some psychotherapists respond to suicidal patients with excessive alarm while others respond with denial or dismissiveness. This article describes these responses and contrasts them with concerned alertness and a commitment to evidence-supported interventions in an effort to present ideas to help psychotherapists avoid unproductive responses to suicidal patients.

The death of a patient by suicide is the professional event most feared by psychologists (Pope & Tabachnick, 1993). Fortunately, evidence has accumulated for the effectiveness of the Collaborative Assessment and Management of Suicidality, Dialectical Behavior Therapy, and Cognitive Behavior Therapy for the treatment of suicidal patients, although other interventions are promising as well (Calati et al., 2018).

Unfortunately, some psychotherapists deliver less-than-optimal services to suicidal patients. Some may routinely overestimate the risk of suicide and thus endorse highly restrictive interventions, such as hospitalizations or unwanted disclosures to family members, even when the clinical picture would not require them. Others may routinely underappreciate the risk of a suicide and avoid even asking about suicide or, if they do, fail to appreciate the severe distress of their patients and the risk of a suicide. They may fail to develop or implement safety plans known to reduce the risk of suicide or withhold treatments out of a misguided belief that suicidal thoughts or behaviors are not a cause for concern.

Patients report feeling harmed when psychotherapists respond to them with alarm or denial/dismissiveness (Richards et al., 2019). This article describes these two unproductive responses to suicidal patients, gives examples, and describes how psychotherapists can cultivate a more productive attitude of concerned alertness toward their suicidal patients.

An alarmist response occurs when psychotherapists overreact to any indication of suicide and greatly overestimate the likelihood that their patients will die from suicide. This response may prompt psychotherapists to adopt more restrictive and often clinically contraindicated interventions.

Psychotherapists responding with alarm may fail to do an adequate risk/benefit analysis of their interventions. For example, some patients may need to be hospitalized to ensure their safety. But psychotherapists should consider the potential risks of any intervention, including hospitalizations. Unfortunately, hospitalizations may have negative consequences. Patients may feel an increase in stigma, and the hospitalization itself costs patients time off work and money. Finally, many patients have reported negative experiences while in the hospital (Large et al., 2014).

In addition, psychotherapists responding with alarm may be too quick to disclose confidential information to others without the patient’s consent. Ordinarily, psychotherapists will defer to the judgment of patients about disclosures of confidential information. However, psychotherapists who routinely overestimate the risk of suicide may not balance patient safety and patient autonomy adequately and may override patient autonomy without considering less intrusive options, incorporating patient preferences into their decisions, or considering how to minimize the harm caused by their unwanted interventions.

Involuntary hospitalizations are even more problematic because patients may lose the right to possess a weapon or their right to participate fully in medication decisions. It may discourage patients from seeking treatment voluntarily in the future or from being forthcoming about their suicidal thoughts, thus increasing the long-term risk of a suicide.

Psychotherapists responding with alarm may argue that they are “doing everything they can” to save the life of their patient or that they are only protecting themselves against a charge of negligence if their patient dies by suicide. But “doing everything you can” is not necessarily the same as being helpful. It would be hard to argue that interventions that harmed patients or increased their reluctance to receive mental health services in the future would be part of a strong defense in the event of a charge of negligence.

Evidence suggests that many psychotherapists overreact to disclosures of suicidality (Hom et al., 2020). Some patients fail to disclose their suicidal thoughts because they fear that their psychotherapists will overreact and put them in a hospital. One former patient stated,

The message I received was that I couldn’t ever be totally truthful with him if I wanted to avoid hospitalization. . . It really. . . sucks to have to deal with mental illness that already makes me feel alone and trapped and, on top of that, have to navigate how I go about asking for help (Love & Morgan, 2021, p. 537).

Everybody just freaks out and wants to get you hospitalize [sic], and acts like you’re a danger, . . . I don’t like that as soon as I say that they want me to be monitored or closely watched. I don’t want my privileges taken away or anything (Richards et al., 2019, p. 43).

Psychotherapists responding with denial or dismissiveness could fail to ask their patients about suicidal thoughts, or they may use negatively worded questions (e.g., “Not thinking of killing yourself, are you?”), which tend to elicit more denials than positively worded questions (e.g., “Have you ever thought of suicide?”; McCabe et al., 2017). Still, other psychotherapists who learn about their patients’ suicidal thoughts may dismiss their patients’ complaints as overreactions to minor life difficulties or manipulative (e.g., the patient staged a faux suicide attempt to influence the behaviors of others). They may not fully explore their patient’s suicidal thoughts or fail to implement safety plans or effective interventions.

Evidence supports the presence of a dismissive attitude among some psychotherapists. In a survey of suicide attempt survivors, 15% stated that their health care professionals minimized their problems or denied the severity of their suicidal thoughts. One participant reported,

In another study, a respondent stated that,

They [the gatekeepers] didn’t take me seriously enough. They had me fill out a safety plan and scheduled me for an appointment in a month ahead. If I had seen a psychologist right away or was able to talk to a skilled professional, I probably wouldn’t have made the attempt (Love & Morgan, 2021, p. 539).

Psychotherapists responding with concerned alertness may still have some anxiety or fear of a patient suicide. But they also have self-efficacy or the belief that they have the skills necessary to help their suicidal patients (Knapp & Schur, 2019). Psychotherapists may, for example, ask about suicidal thoughts directly and, when patients express those thoughts, respond with appropriate sensitivity, empathy, and nonjudgmental curiosity, which helps their patients to disclose more. Or when patients give indirect indicators of suicidal thoughts (sometimes wish-to-die thoughts may be indirect indicators of suicidal intent; Love & Morgan, 2021), they follow up with inquiries genuinely designed to help patients disclose more about their feelings even if it results in patients describing suicidal thoughts. Those with concerned alertness follow professional standards, listen carefully to their patients, and appropriately solicit their patient’s input and involve them in treatment decisions as much as is clinically feasible. Psychotherapists who are more comfortable working with suicidal patients are more likely to conduct evidence-based suicide assessments and use adequate risk reduction strategies (Roush et al., 2018).

Here is an example of a patient’s response to a psychotherapist who showed concerned alertness.

How to Foster Concerned Alertness

Alarmist or denial/dismissiveness responses harm patients, and concerned alertness benefits them. Psychotherapists can begin to cultivate concerned alertness by reflecting on their own reactions to suicidal patients, including whether they have been influenced by the suicide of someone in their personal lives or whether they have internalized some of the myths about suicidal patients as being cowardly, weak, or selfish (Joiner, 2010). These unproductive attitudes, combined with a belief that one is entirely responsible whether the patient lives or dies, an exaggerated fear of the legal system or a failure to understand effective risk management strategies or a lack of adequate training in suicide, may contribute to alarmist or dismissive responses.

As much as they may wish, even the most talented psychotherapists cannot prevent all suicides. This fact can be hard to accept among those who are working assiduously to keep a patient alive. But psychotherapists practice more effectively when they understand their role. The patient, not the psychotherapist, decides whether to live or not. As stated by Jobes, “While I cannot guarantee a nonfatal outcome, I can nevertheless provide the best possible clinical care to the suicidal patient” (2016, p. 49, italics in original). Although we cannot stop all suicides, delivering high quality services is a considerable and substantial service to our patients.

The death of a patient by suicide does not necessarily mean that the psychotherapist failed to follow an acceptable standard of care. Courts do not expect professionals to have perfect judgment and will not simply judge them as to what they should have done in hindsight. Courts will use the standard of whether the psychotherapists acted like a reasonable professional in similar circumstances given the information that they had at the time (Knapp et al., 2013).

Also, the best risk management strategy is to deliver and document good quality care. Restrictive practices are only good risk management strategies when they are clinically indicated. When dealing with high-risk suicidal patients, prudent psychotherapists can implement some ethically based and patient-centered risk management (quality improvement) strategies, including (1) involving patients (and family members if indicated) in as many treatment decisions as is clinically feasible, (2) getting consultations, (3) monitoring patient risk and progress, and (4) documenting services adequately (Knapp et al., 2013). As the risk of a suicide or treatment failure increases, psychotherapists should give greater attention to these four quality enhancement strategies.

Jobes. D. A. (2016). The collaborative assessment and management of suicide. Guilford.

Knapp, S., & Schur, B. (2019, February). Ten questions to promote excellence when working with patients with suicidal thoughts. The Pennsylvania Psychologist, 79(2), 1-6. 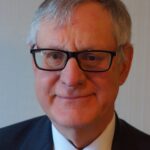