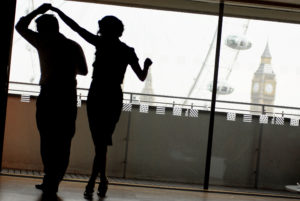 Swing Dancing Along the Spectrum

Autism Spectrum Disorder (ASD) is a class of developmental disorders typically diagnosed during childhood. Per the current Diagnostic and Statistical Manual of Mental Disorders (DSM-5), ASD is characterized by social deficits and repetitive behavioral patterns, which cause clinically significant impairment, and are not better explained by intellectual disability (American Psychiatric Association, 2013). In adulthood, these deficits are associated with employment difficulties and notable lack of involvement in social activities (DeRosier et al., 2011; Gutstein & Whitney, 2002).

This paper proposes swing dancing as an adjunct treatment option for high functioning adults with ASD, or those who would qualify for ASD, Level 1 in the DSM-5; it also includes a proposed schedule for this adjunctive treatment. Level 1 is the least severe of three ASD categories and is defined as describing individuals who require support or those who may have the ability to engage in communication, but struggle with initiating and maintaining social interaction. Swing dance is a category of social, partner dance initially set to swing style jazz music. This category most notably includes Lindy Hop, Charleston, Jitterbug and Balboa. Swing dance is an activity, which grants social structure, is typically surrounded by an accepting social culture, and helps individuals to further their physical awareness and adeptness.

This concept was born organically out of a college swing dance class at Oberlin College. I first took and later taught the class, and was moved by the level of social acceptance present in swing dance culture.   Observations by students included that they knew what to expect from this social interaction, which made it more manageable; being socially awkward seemed to matter less in swing dance class; all that mattered was the dancing; the movements were so thoroughly discussed that they were easier to manage and control; and the chance of social rejection was so low that they experienced little social anxiety.

There is currently no standard care for ASD (Warren, et al., 2011); however, many clinicians advise intensive Applied Behavior Analysis (ABA) (National Research Council, 2001). ABA is an empirically supported intervention and is grounded in basic behavioral principles, including positive reinforcement, extinction, stimulus control, and generalization (National Research Council, 2001). Although ABA is considered one of the most effective treatments, it has only a modest evidence base and there is still considerable uncertainty about for whom ABA is most likely to be effective (Reichow et al., 2012). Given these realities, individuals with ASD must often use adjunctive treatments that focus on specific impairments (Granpeesheh, Tarbox & Dixon, 2009).

Current treatment for autistic individuals often includes a focus on structured social exposure to help participants experience some relief from their social anxiety through practice (DeRosier et al., 2011). Minne and Semrud-Clikeman (2011) noted that individuals with autism thrive when placed in social situations during which they receive regular feedback and guidance about their social interactions. This treatment is correlated with participants forming stronger emotional connections with peers and parents, as well as greater self-confidence. Barnhill et al. (2002) found social skill improvement when participants were provided scripts to follow in social situations. This proposed adjunctive treatment approach provides participants with a carefully structured, accepting environment within which to practice social interaction. This proposed class is designed to teach skills that would be easily applied outside of the class. It is hoped that this proposed class would provide an opportunity for participants to form lasting friendships and a new social activity.

Swing dancing, true to the 1920s culture in which it began, is extremely rule-bound (Usner, 2001). In swing classes, structure is provided through specific social coaching, demonstration of upcoming content at the start of each session, consistent timing and order of classes, and direct and specific instruction of physical activities and social interactions. It is hypothesized that this rigid structure will align well with the rigid thought patterns typically observed in ASD individuals, and will provide social comfort by establishing clear expectations and boundaries for participants. This structure is found throughout swing dance culture, providing consistency for participants who choose to continue to participate in the swing dance community after the end of the class. Swing dance culture also includes specific sets of social rules that reduce the chance of social rejection and make social expectations clear. These scripts are fairly uniform throughout United States swing dance culture. It is hypothesized that these established social scripts, coupled with the assurance that participants will not be rejected when they ask others to dance, will help ease the experience of social anxiety often experienced by individuals with ASD (DeRosier et al., 2011). Swing dancing exists in a culture of acceptance, a culture in which it is okay to be different. As Paul Parish noted, when discussing the 1930s swing culture, “there were no prejudices at all; dancers could weigh 300 pounds, be white, or have only one leg—it didn’t matter … if they could dance” (Parish, 1999, p. 52).

Dance Movement Therapy (DMT) has been found to be an effective treatment for individuals with many diagnoses, including autism (Ritter & Graff Low, 1996). DMT is defined as using movement as an avenue to further emotional and physical individual integration (Ritter & Graff Low, 1996). DMT provides participants with an active, multisensory environment. This proposal for swing dance best fits under the category of DMT, though most DMT is not partner dance. DMT is correlated with an individual sense of security, improvement in body schema and nonverbal expression, and with an increased sense of connectedness (Behrends et al., 2012).

Studies support the importance of aerobic exercise for individuals with autism and recognize that exercise must be “intensive” in order to be therapeutic (Szot, 1997). Aerobic exercise is correlated with a decrease of problematic behaviors in autistic participants, including a reduction in stereotypic, repetitive behaviors (Szot, 1997; Elliot et al., 1994). Swing dance is an athletic, vigorous form of exercise. A great deal of practice is also involved in this proposed class in order to account for the increased level of clumsiness found in individuals with ASD (Green et al., 2002).

McGarry and Russo (2011) note that mirroring opportunities provide participants the chance to increase emotional understanding and empathy. DMT provides prescribed mirroring experiences in choreographed dance, in lead/follow partnered dances, and with the mirroring of emotional themes in music. McGarry and Russo (2011) also found a correlation between movement synchrony and ratings of empathy, meaning that the experience of dance is correlated with a greater feeling of empathy. These researchers draw a parallel to other forms of therapy that focus on the practice of mimicry, including mimicry in more typical individual and group talk psychotherapies, and note the general improvement in social behaviors by autistic participants.

This proposed class is similar to the author’s previously employed college syllabus, with certain changes made in order to better serve ASD participants. It is a ten-session class that includes instruction for East Coast, Lindy Hop, and Charleston. (The proposed schedule can be seen in Table 1: Proposed Adjunctive Treatment Schedule)

Like a typical swing dance class, this class could be taught by swing dance teachers without psychological training. However, it would be beneficial for the teachers to familiarize themselves with the DSM-5 ASD, Level 1 diagnosis (American Psychiatric Association, 2013), in order to better assess which participants will be a good fit for the group and in order to better understand participants’ needs. The format of the class does not require teachers to engage in specific psychological interventions or counseling—but it does require patience, understanding, and a particular educational approach which may be novel to some instructors, and may require practice to master. Dance instructors without previous psychological training would benefit from autism awareness and may even benefit from specific training in facilitating a class with individuals with high functioning ASD. The swing class would benefit from a variety of teaching methods, including modeling, one-on-one instruction, and a great deal of repetition and practice. Corbett et al. demonstrated the efficacy of modeling as a teaching method for individuals with ASD (Corbett et al., 2011). In addition to modeling swing dance movements, it will be important for instructors to also model social scripts and open communication about potential social and physical discomfort. A high level of repetition and practice is suggested for this class. Partnered dancing requires a physical understanding of both self and other, meaning moves are typically difficult to master. In the college setting, this class was able to accommodate up to 50 participants at a time. However, due to the increased physical difficulties (Green et al., 2002) and social anxiety (DeRosier et al., 2011) that high functioning ASD participants may experience, it is proposed that this class include a lower number of participants (10 to 20), allowing for five to ten rotating couples.

Individuals with high functioning ASD have a tendency to have specific, narrow, and specialized interests (American Psychiatric Association, 2013), so swing dancing may not be a good fit for all those who qualify for the class. Swing dancing is also a highly social activity and may be particularly daunting for those with higher levels of social anxiety. In addition, swing dancing requires a great deal of physical touching, which may be off-putting for some ASD individuals who may be particularly sensitive to physical touch.  Some of this discomfort may be alleviated if group instructors are able to engage participants in meaningful conversation surrounding their concerns and help participants to progress slowly in conjunction with their comfort level. However, some individuals may still determine that this adjunctive treatment is not a good fit for them.

Empirical research is required to properly assess this proposal. Questions include, but are not limited to, the following: Would gains achieved in a swing dance setting be generalizable to other social and physical activities? How long would the gains achieved be maintained? Would participants continue to utilize swing dancing and swing dance social skills and continue in community activities? It is vital for this proposal to be properly researched in order to determine efficacy. It is my hope that this theoretical proposal can serve as a backbone or introduction to future research in using swing dancing as a new form of DMT for the high functioning ASD population.

In conclusion, swing dancing is proposed as an adjunctive therapy to help young adults on the Autistic Spectrum Disorder (ASD) to improve their social and kinesthetic abilities. Dance Movement Therapy (DMT) has been shown to be an effective treatment to help participants decrease social anxiety, and increase physical awareness and comfort. Swing dancing is a partner dance that serves to expand upon DMT’s effectiveness by providing increased opportunities for participants to practice mirroring in a safe, structured social environment with step-by-step physical instruction. This proposed class would be generalizable and would introduce participants to a social activity that they can be involved in within the community. New treatment options are necessary, as most treatment for individuals with high functioning ASD is aimed at children and adolescents, leaving few options for adults. It is important that research follow up on this proposal to empirically test the efficacy of swing dancing as an adjunctive therapy for young adults with ASD.

Szot, Z.(1997) The Method of Simulated Serial Repetitions of Gymnastic Exercises in Therapy of Autistic Children. Journal of Autism and Developmental Disorders. 27, (3) 341-342.

Counseling for Teens and Young Adults With an Autism Spectrum Diagnosis 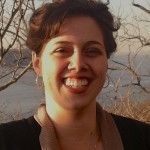 « Cognitive Behavioral Therapy (CBT) for Rural Women With Chronic Pain
Career Considerations for Clinical Psychology Psy.D. Students »
Society for the Advancement of Psychotherapy uses cookies to provide you with a great user experience. By using this website, you agree to the use of cookies on your device. SettingsACCEPT
Privacy & Cookies Policy