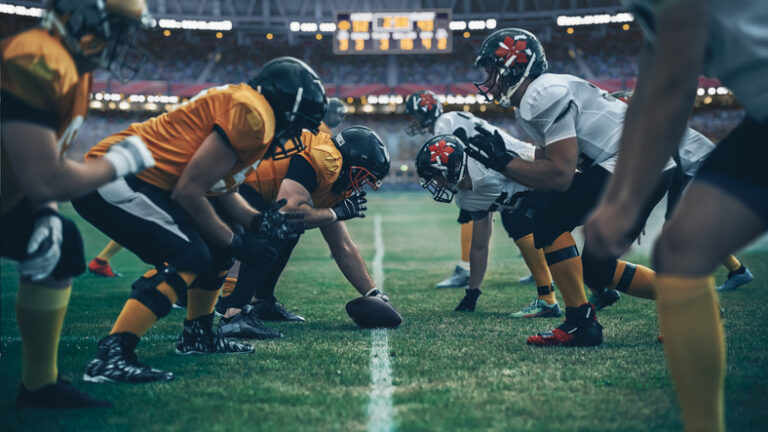 This article is dedicated to the teammates, competitors, friends, and family of athletes who have died by suicide.

While sports can be an empowering opportunity for individuals to learn socialization, group cohesion, and other forms of prosocial skills, such as negotiation, courage, fairness, and work ethic, communities are starting to challenge the age-old adage of sports building good character (Sun & Tai, 2022). There has been an increase in stories reporting unethical behavior surrounding sports, such as insulting, cheating, and other violations perpetrated by both athletes and coaches that poses the question: when does the drive to succeed in sports become a fear of failure?

Perfectionism is often defined as a person who has a desire to achieve goals after creating an inflexible specification or criteria, then paired with the tendency to over evaluate their own behavior (Hamachek, 1978; Hewitt et al., 1989). Ghandour et al. (2018) delineates a four-pillar conceptualization of perfectionism, considering rigidity, lack of spontaneity, competitiveness, and rumination. The authors even draw connections between perfectionism and obsessive-compulsive disorder depending on the severity. Concepts such as questioning one’s character after failure, focusing on mistakes rather than accomplishments, or wondering what more someone could do even if those achievements are obtained were all associated with perfectionism.

College and athletic programs capitalize on athletes' perfectionism when it makes their statistics look good – athletes get the grades, win the titles, and bring in money. Society reaps the benefits of their sacrifice. Research shows that perfectionistic tendencies are not a requirement for hard work, success, effort, and focus. Despite some sports requiring perfect performance outcomes, the tendency to overthink and fixate one’s thoughts on these performance outcomes undermines performance (Flett & Hewitt, 2014).

Some research indicates certain qualities of perfectionism are “adaptive”. Perfectionist strivings are “aspects of perfectionism associated with self-oriented striving for perfection and the setting of very high personal performance standards” (Gotwals et. al., 2012, p. 264). This has been shown to aid in learning and performance (Stoeber et al., 2009), and goal setting strategy (Stoll, Lau, & Stoeber, 2008). On the other hand, there are perfectionistic concerns which are “aspects associated with concerns over making mistakes, fear of negative social evaluation, feelings of discrepancy between one’s expectations and performance, and negative reactions to imperfection” (Gotwals et al., 2012, p. 264). Furthermore, performance concerns have been shown to have negative impacts on the wellbeing of athletes in the form of greater anxiety, self-criticism, and depressive symptoms (Hill et al., 2020). In this same study, performance strivings were positively related to self-esteem, self-confidence, and enjoyment and positively related to anxiety, worry, and self-criticism. Though perfectionist strivings provide an individual with energy toward their goals, it is also likely to complicate achievement behavior as both high quality/optimal motivation and low quality/sub-optimal motivation are present, impacting performance and emotional wellbeing (Deci & Ryan, 2008). This demonstrates the interrelatedness of perfection concerns and perfectionistic strivings and speaks to the complicated, and negative outcomes for athletes with higher perfectionistic strivings who also have perfectionist concerns.

Perfectionism is about how one thinks about what they are supposed to be doing, essentially expectations. Inability to achieve perfection fuels an athletes’ fear of failure, questioning their worth as their identity as an athlete is central, and often dominating, their understanding of themselves and what they can “contribute” to their sport. When student-athletes communicate they are struggling, folks in their support system say, “Look what you’ve done, look how amazing you did” with the undertone of “if you can do this, then you can do more”. The narrative becomes, “More, more, more, keep going, keep doing, keep ignoring how you really feel because you shouldn’t be feeling so bad when you’re doing so well/when you’ve worked so hard/when you’ve come all this way/when you’ve gotten this far”. The student-athlete is exhausted and disconnected from their own needs. Striving for perfectionists dominates who they are. What if, instead, when a student communicates that they are struggling (regardless of performance outcomes) we helped release them from expectations, expressed permission to rest, and we said “Well done. Now release, revel, rest”?

There are some sport psychologists who believe perfectionism, when exhibited as a healthy type, may be desirable for athletes (Sarkar & Fletcher, 2014). However, Hill and colleagues (2020) maintain that systematic examination of perfectionism highlights that the notion of this type of perfectionists is a misnomer and that the empirical basis that “healthy” perfectionists exist is significantly lacking.

While the “upside” to perfectionism proposed by some, is it worth it when the alternative is known? Listen to the student athletes who are speaking up and sharing their experiences, imagine the words of those who have lost their lives to suicide. They are saying “Enough”.

While there are many theories as to why one may die by suicide, perfectionism has a well-documented role in some instances. Similar to that of Ghandour et al. (2018), Pia et al. (2020), shared three dimensions of suicide: self-oriented (expectations of self to be perfect), other-oriented (expectations of others to be perfect), and socially prescribed perfectionism (expectation to have other people believe they are perfect). Each of these dimensions are shown to have different connections, but an association nonetheless, with suicide risk. The third dimension, socially prescribed perfectionism, is the greatest connection to suicide of the three as the drive for perfection can be motivated by cultural, society and familial expectations.

Drive for perfectionism may be linked to a fear of humiliation from failure. Acute risk factors, like a negative life event such as losing an important game or not performing well at a meet, can indirectly be linked to suicidal tendencies. Linking back to socially prescribed perfectionism, it is a vulnerability factor increasing one’s sensitivity to loss and defeat, which in turn makes the defeat and the perceived social interpretation on the defeat, increase the likelihood to suicide risk. When the narrative is that success is equivalent to value and love, failure causes humiliation and worthlessness (Pia et al., 2020).

Mental health remains stigmatized widely within sport culture, despite efforts to curb this phenomenon. And thus, athletes experiencing mental health concerns continue to suffer in silence, wondering what is wrong with them, wondering why they can not “just be happy/thankful/grateful”, feeling lonely and lost. Yet, we are shocked and surprised when we hear news of a study athlete dying by suicide. While early studies identified athletics as a protective factor for considering, planning, and attempting suicide (Brown & Blanton, 2002), more recent findings show an increase in the prevalence of suicide among collegiate student-athletes. One study of college student-athletes found that those who reported stronger “jock” identity were also at higher odds of having made a suicide attempt (Miller & Hoffman, 2009).  In a national nine-year study, suicide represented 7.3% (35/477) of all deaths among NCAA student athletes (Ashwin et al., 2015). Though suicide among student-athletes is lower than the national average of college students, it is still a prevalent and preventable outcome in sport.

The mental health, athletics, and sport psychology fields have been called to action by student athletes far and wide because they know the ugly side of perfectionism all too well. The teammates, competitors, friends, and fellow athletes of Katie Meyer, Madison Holleran, Morgan Rodgers, Lauren Bernett, and many others are calling us to action. Student athletes face unique pressures that involve balancing athletic participation with other aspects of collegiate life. Injury or inability to compete may not only interrupt their social structure but may also disrupt their own concepts of identity and self-worth (Ashwin et al., 2015). We want athletes to succeed; we want them to achieve and win, but at what cost?

Flett, G. L., & Hewitt, P. L. (2014). The perils of perfectionism in sports” revisited: Toward a broader understanding of the pressure to be perfect and its impact on athletes and dancers. International Journal of Sport Psychology, 45, 395-407.

Perfectionism and the Early Career Psychologist 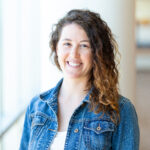 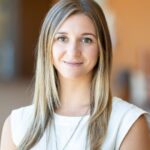