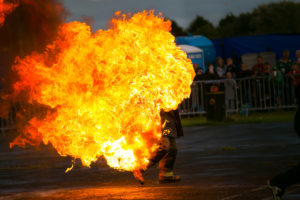 The skin has been described as the largest organ of the integumentary system (Levenson, 2008). One condition affecting the skin organ is burn injuries. Serious or severe burn injuries have been described as a life-threatening state that challenges all of the integrating systems in the body (Sveen, Dyster-Aas, & Willebrand, 2009). Serious burn injuries are not rare and often occur from everyday circumstances that come unanticipated and without warning (Taal & Faber, 1998). According to Karter (2011), someone was injured in a fire every 30 minutes and a fire death occurred every 169 minutes in the United States in 2010. In addition, burn injuries appear to be more common among young children between the ages of 2 to 4 years, young adult males between the ages of 17 to 25 years, and older adults over the age of 65 (Flynn, 2010; Yu & Dimsdale, 1999).

The impact of burn injuries extends beyond that of visible difference and appears to be accompanied by a wide host of consequences. Financial burdens experienced by patients with burn injuries may occur from job loss associated with frequent absences due to medical treatment, and costs associated with medical surgery, rehabilitation care, and disability payments (Sadeghi-Bazargani et al., 2011; Yu & Dimsdale, 1999). Physical impairment is often reported resulting from burn pain which is intense and causes great discomfort and suffering, particularly during hospitalization and the dressing of wounds (Yu & Dimsdale, 1999). However, it is the psychological reaction to burn injuries, which perhaps may cause the greatest of impairment and distress. Patients suffering from burn injuries may experience depression, anxiety, and delirium associated with the physical experience of burn pain, as well as social withdrawal and negative body image due to visible differences (De Sousa, 2010; Sadeghi-Bazargani, Maghsoudi, Soudmand-Niri, Ranjbar, & Mashadi-Abdollahi, 2011; Yu & Dimsdale, 1999). In addition, patients with burn injuries appear to be at greater risk for developing symptoms associated with psychological trauma and Posttraumatic Stress Disorder (PTSD) such as re-experiencing of the incident via intrusive recollections, avoidance of reminders of the event, recurrent nightmares, memory and sleep disturbances, and phobic behavior (Lawrence & Fauerbach, 2003; Yu & Dimsdale, 1999).

Statement of the Problem

PTSD is a psychiatric condition occurring following exposure to a traumatic event which is characterized by persistent and intrusive re-experiencing of the event, avoidance of stimuli associated with the traumatic event, emotional numbing, dissociation, and hyperarousal (American Psychiatric Association [DSM-IV], 2000*; Lawrence & Fauerbach, 2003). Among patients with burn injuries, dissociation and a decrease in emotional responsiveness and feelings of detachment have been reported as occurring during the accident (Taal & Faber, 1998). According to the DSM-IV, PTSD has been found to be a common occurrence in patients with burn injuries, with prevalence rates reported as varying between 8% and 45%, while stress disorders in general has been reported as occurring in 18% to 33% of cases (El hamaoui, Yaalaoui, Chihabeddine, Boukind, & Moussaoui, 2002; Sadeghi-Bazargani et al., 2011). In a sample of 60 patients with burn injuries, 23% met criteria for PTSD, while in a sample of 43 adult inpatients at a regional burn center, 22% were diagnosed with PTSD (El hamaoui et al., 2002; Roca, Spence & Munster, 1992). Despite the high prevalence rates of PTSD among patients with burn injuries, “PTSD remains a neglected entity by practitioners and remains therefore under-diagnosed,” according to El hamaoui and colleagues, who go on to note that “improvement of health and quality of life of these patients necessitates the earliest possible management” (2002, p. 649).

Symptoms must be present for one month to satisfy criteria for PTSD (APA, 2000). For most patients with burn injuries, PTSD-like symptoms may dissipate with time; however, for 5% to 25% of these patients, the symptoms become chronic (Lawrence & Fauerbach, 2003). In fact, evidence suggests that PTSD may have a tendency toward delayed onset in burn survivors, with onset usually occurring 3 to 6 months, and sometimes even a year, after the injury (Sadeghi-Bazarghani, 2011). Looking at a sample of burn survivors two weeks post-discharge from the hospital, Sadeghi-Bazarghani and colleagues (2011) found that 20% had a positive PTSD screening; after three months, this increased to 31.5%. Similar findings demonstrated a tripled prevalence of PTSD among burn survivors between the times of discharge and the 4-month follow up (Yu & Dimsdale, 1999). Further complicating the presentation of PTSD among burn survivors is the possibility that a substantial portion of patients may not meet full criteria for the diagnosis; however, the symptoms that are present may still significantly impact their quality of life (De Sousa, 2010). The nature of delayed onset and possible subclinical forms of PTSD among burn survivors illustrates the necessity for increasing awareness of risk factors among medical staff, given that medical professionals are provided opportunities to observe and screen patients during 3- and 6-month follow up examinations.

Age has been shown to have an association with the development of PTSD among burn survivors. Sadeghi-Bazarghani and colleagues (2011) found that a younger age at that time of the traumatic event appeared to predict a higher PTSD score after burn injury. Comparatively, El hamaoui and colleagues (2002) found that younger age (M=15.8 years) at the moment of the burn (as well as explosion of gas containers for cooking purposes) also appeared to be related to PTSD. The element of age as a risk factor for PTSD may be due to the higher incidences of burn injuries among younger age groups, such as children and young adults. Another possible explanation has been the salient role of body image among younger age populations and the role of visible differences and physical appearance (Sadeghi-Bazarghani et al., 2011). It is then imperative for medical staff to take particular note of younger patients with burn injuries, not only screening for risk of developing PTSD, but also to closely listen to younger patients questions and concerns, and using appropriate and effective communication skills to provide feedback about treatment outcomes (De Sousa, 2010).

The role of gender of burn survivors has been shown to be a potential predictor of risk factors for PTSD. Sadeghi-Bazarghani and colleagues (2011) found an association between PTSD and male gender in their study; however, they explained the higher prevalence of burn injuries among men as possibly accounting for these findings. Overall, additional findings have indicated that individuals with acquired facial trauma such as burn injuries are more likely to be female, and that most psychological symptoms after facial trauma are experienced more often by women, due to the higher prevalence of concerns associated with physical appearance and disfigurement (De Sousa, 2010). According to De Sousa (2010), facial trauma may lead to social withdrawal and isolation, and is often accompanied by anger toward the self or others as well as idealizing the pre-injury physical appearance. Previous findings indicated that 27% of patients with facial trauma developed PTSD seven weeks after the burn injury (Yu & Dimsdale, 1999). Therefore, female gender may function as a risk factor, contingent on the value the individual places on physical appearance and the level of distress resulting from visible differences.

For patients with burn injuries, the traumatic experience and suffering associated with serious burns may present with a wide host of physical and psychological challenges. In addition to intense pain associated with burn injuries, patients often experience psychological distress and trauma resulting from delirium during the hospitalization, physical appearance alterations, and medical treatment of wounds. Due to the traumatic nature of serious burn injuries, patients have been demonstrated to be at high risk for PTSD, particularly among young females with poor coping strategies and low social support (De Sousa, 2010; Lawrence & Fauerbach, 2003; Sadeghi-Bazargani et al., 2011; Yu & Dimsdale, 1999). The practitioners comprising the rehabilitation and plastic surgery team are responsible for providing a standard of care that helps maximize improvement in patients’ quality of life. However, psychosocial rehabilitation is often overlooked as integral part of patient treatment, particularly in patients with burn injuries who appear at high risk for PTSD. Given the high prevalence of PTSD and trauma-related psychological distress among this population, plastic surgery and rehabilitation teams must increase awareness and psychoeducation regarding patient screening for psychological disturbances such as PTSD.

Successful treatment and management of PTSD is highly dependent on early detection. Given that medical practitioners may be among the few sources of social interaction to which burn survivors have access, it is critical that the medical team increase awareness of risk factors and training in screening for PTSD among patients with burn injuries. Furthermore, patients identified as presenting for risk factors for PTSD and psychosocial disturbances may require additional feedback regarding the influence of psychological factors on quality of life and treatment adherence (De Sousa, 2010). According to De Sousa (2009), “one of the most important contributions that the treating surgeon can make to the care of patients is to take time to closely listen to their unique concerns and those of their families” (p. 203). By increasing awareness, education, and training of assessment of risk factors for PTSD among medical practitioners, the rehabilitation and plastic surgery team is ensuring patient psychosocial rehabilitation and providing a much more holistic approach by which to improve client quality of life.

* Diagnostic criteria from DSM-IV are used here for consistency with the cited research. The more recent DSM-5 (APA, 2013) conceptualization of PTSD distinguishes between children under 6 years of age and others; includes a broadened definition of “exposure,” including directly experiencing or witnessing actual or threatened death, serious injury, or sexual violence, as well as learning that one of these types of events happened to someone with whom there is a close relationship or (for those 6 years of age and older) extreme exposure to aversive details of such an event. Updated criteria require the presence of intrusive and avoidant symptoms, negative alternations in cognitions and mood, and marked alterations in arousal and reactivity. Duration must still be greater than one month; “with dissociative symptoms” has been added as a possible specifier; and “with delayed expression” has replaced “with delayed onset.” 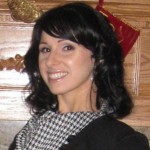