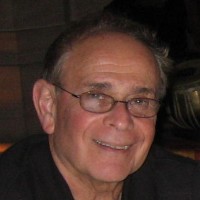 The governance structure of our Division is set up in such a way so that the PresidentElect participates in both the Executive Committee and the Board of Directors before actually assuming the role of President. During my year as Presidentin-waiting, it became very evident to me as to how fortunate I was to be working with such dedicated and competent colleagues. What they do is very clearly a labor of love, and is done with admirable competence. In particular, I would like to acknowledge our current Past-President, Libby Nutt Williams, for serving as a wonderful role model, and I will do all I can to continue to keep the high standards of leadership that has characterized her efforts and the efforts of all the others involved in governance.

During the forthcoming year, one of my priorities will be to do what I can to close the gap between research and practice. I fully realize that this can be a daunting undertaking, and has been an open challenge for as long as I can remember. Indeed, my concern about the gap between practice and research started when I was in graduate school. To be sure, there was relatively little in the way of research that informed what we did clinically way back in the 1950s. However, even with the dramatic increase in psychotherapy research findings since that time, the gap continues to exist. Given the increased pressures for accountability, the need to close this gap is greater than ever.

Within recent years, our division has become increasingly aware of the importance of having a research foundation for what we do therapeutically. I suspect that this growing recognition of the importance of research is not only a function of the greater research emphasis placed in training settings, but also the very real fact—indeed harsh reality—that our field is facing growing pressures for empirical accountability. The notion of “pay for performance” has been discussed at length by both governmental policymakers and insurance companies, whereby health workers (which include psychotherapists) who engage in accepted clinical practice and who are in fact clinically effective would receive a financial “bonus.” Although principles of reinforcement clearly constitute the underlying premise for this practice, a little bit of thought can lead one to recognize that there are potential dangers involved—not the least of which is that health care workers could refuse to see more difficult patients. Over the past few years, it appears that the notion of pay for performance has been labeled in a much more socially acceptable way, now being called “quality assurance.” However more benign this phrase may sound, the concept is very much the same.

A major issue in the move toward accountability is the question of who is to make the judgment as to what procedures constitute “best practices.” It is clear that the argument can no longer be made on the part of us as clinicians that therapy is effective simply on our own say so. Even though there has been a dramatic increase in research on psychotherapy over the past few decades, producing findings that can offer the practicing therapist with helpful guidelines, there is much that goes on the practice of psychotherapy for which there exists little or no research (e.g., What are the causes of patient resistance, and what are the most effective ways of overcoming it). Having professional familiarity with both the world of research and the realities of clinical practice, I firmly believe that neither vantage point tells the whole story. Thus the demands for accountability from governmental agencies and third party payers make the need for greater collaboration between researcher and clinician more important now than it has ever been before.

Interestingly enough, this is an issue that is a concern among many within the medical field. In an interview with Dr. Jerome Groopman appearing in the December 17, 2009 issue of the New York Review of Books, he offers his impassioned view on this topic. Groopman, a researcher and practicing physician, argues for the importance of research evidence, but also the need to be cautious in concluding that research findings tell the whole story. As he puts it:

I’m a scientist. I’m a professor at Harvard. I’ve done the clinical trials in my own field that have led to such “evidence.” But I’m also acutely aware of their limitations. Statistical analysis is not a substitute for thinking. . . . there is a very powerful group with an ideology emphasizing evidence-based medicine, what they call “best practices.” That is a wonderful term, because how can you argue with best practices? (p. 22).

Noting that research findings from clinical trials do not always inform the physician on what to do with an individual patient, Groopman goes on to say:

Many people do not realize that in general the committees that draw up clinical guidelines force a consensus, and there are often experts who disagree with some aspects of the guidelines or contend that they are flawed (p. 24). . . . [Moreover,] a recent analysis of more than a hundred evidence-based conclusions about clinical practice reported that after two years more than a quarter of the conclusions were contradicted by new data, and that nearly half of the “best practices” were overturned at five years. This shows that guidelines are not gospel from a scientific point of view (p. 24).

I find it particularly interesting that this gap between research and practice also exists in medicine, which clearly has been around a lot longer than the practice of psychotherapy. Still, they have mechanisms that not only allow for the researcher to inform the practicing physician, but also for the physician to inform the researcher. Thus even after a drug has been approved for clinical use on the basis of clinical trials, there is a way that practicing physicians can report back to the Food and Drug Administration on their experiences in using that drug clinically. Division 29, together with Division 12 (the Society of Clinical Psychology), has recently established such a feedback mechanism for therapy procedures that have been backed by clinical trials—whereby practicing therapists can report on their experiences in using empirically supported treatment in their clinical practice. More about this collaborative initiative of Building a Two-Way Bridge Between Research and Practice in a future column. 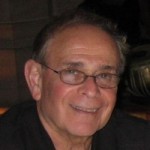