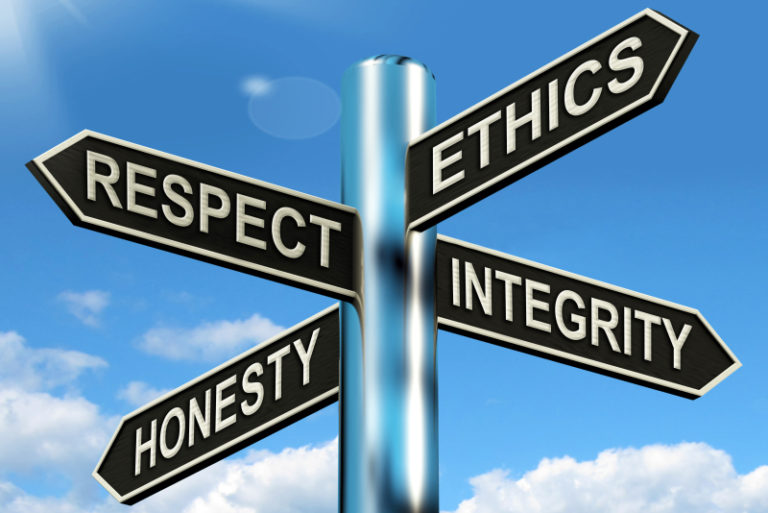 Confidentiality and its Exceptions

The Case of Duty to Warn

Maintaining the confidentiality of both the existence of and content shared within psychotherapy is one of the foundations of the psychotherapy relationship. In fact, this has been an essential feature of all health care relationships dating as far back as the Fifth Century B.C.E. as articulated in the Hippocratic Oath:

Whatever I see or hear in the lives of my patients, whether in connection with my professional practice or not, which ought not to be spoken of outside, I will keep secret, as considering all such things to be private. (NIH, 2015, para. 10)

It is widely understood that the promise of confidentiality is essential for clients to experience the comfort and safety needed to disclose their personal and private information freely so they may receive needed assistance (Younggren & Harris, 2008). If no such guarantee existed it is likely that many individuals might not seek out needed mental health treatment services. Clearly, that is not in those individuals’ or society’s best interests.

The vital role confidentiality plays in the psychotherapy process was highlighted in the ruling from Jaffe v. Redmond (1996), which states in part:

Effective psychotherapy, by contrast, depends upon an atmosphere of confidence and trust in which the patient is willing to make a frank and complete disclosure of facts, emotions, memories, and fears. Because of the sensitive nature of the problems for which individuals consult psychotherapists, disclosure of confidential communications made during counseling sessions may cause embarrassment or disgrace. For this reason, the mere possibility of disclosure may impede development of the confidential relationship necessary for successful treatment. (para. 13)

Yet, at the same time, it is understood that psychotherapists maintain obligations both to their clients and to society at large. In fact, by virtue of being licensed to practice mental health, the sanctioning legislature has created certain broad responsibilities that the professional maintains, which often go beyond the wishes, needs, or desires of one’s clients.

States have broad responsibilities to their citizens. Legislatures along with ethics and legal scholars have grappled with determining the right balance between promises of confidentiality to clients and the need to protect the jurisdiction’s citizens from harm. All licensing jurisdictions in the United States have laws that place limits on the confidentiality of information relevant to protecting some vulnerable individuals from harm (Werth, Welfel, & Benjamin, 2009). Examples include mandatory reporting requirements for the suspected abuse and neglect of minors and mandatory reporting requirements for the suspected abuse and neglect (and in some jurisdictions, exploitation and self-neglect) of either the elderly or when more broadly defined, vulnerable adults.

These exceptions to confidentiality represent efforts to strike a balance between preserving confidentiality within the psychotherapy relationship and the need to protect vulnerable individuals from harm. The focus on the prevention of harm is an essential element; most mental health professionals are not required to report past criminal activity as it does not represent a threat of future harm to members of the public.

Unfortunately, the myriad laws, regulations, and legal rulings from the courts have created confusion for psychotherapists about what is confidential, what our responsibilities are, when we may breach confidentiality, when we must breach confidentiality, and what specific actions we must take in these situations. Kampf, McSherry, Thomas, and Abrahams (2008) surveyed psychologists and found that they were often unclear regarding their specific legal and ethical responsibilities and expectations for breeching confidentiality. Challenges to understanding one’s obligations include highly complex and often contradictory-appearing laws and regulations, unclear definitions of “dangerousness”, and the need for practical guidance in clinical practice. In a similar study, Pabian, Welfel, and Beebe (2009) found that 76.4% of the psychologists they surveyed “were misinformed about their state laws, believing that they had a legal duty to warn when they did not, or assuming that warning was their only legal option when other protective actions less harmful to client privacy were allowed” (p. 8). In short, many mental health professionals may fail to understand their ethical and legal obligations regarding exceptions to confidentiality and mandatory reporting requirements.

Dangerousness and the Duty to Warn and Protect

The duty to warn and protect identified third parties from harm by one’s clients is a key challenge to confidentiality in psychotherapy. The landmark legal ruling in Tarasoff v. Regents of the University of California (1974/1976), while technically only legally binding in the State of California, has had far reaching implications throughout the nation, setting the legal standard in many states (Corey, Corey, & Callahan, 2007). Yet, laws vary by state and psychotherapists are advised to become well acquainted with the legal requirements in their jurisdiction.

In Maryland, for instance, licensed health professionals whose client makes a threat to “inflict imminent physical injury upon a specified victim or group of victims” have a duty to warn, protect, or treat (Courts and Judicial Proceedings Article, §509, b). This means that the health professional will first attempt to address this threat through treatment such as through civil commitment or other forms of treatment that prevent the intended harm from occurring (and thus alleviating the need to warn and protect). But, if treatment is not successful or not possible, then the health professional must both protect (notify the police of the nature of the threat and the identities of the individuals involved) and warn (make a reasonable good faith effort to warn the intended victim(s) of the threat).

In contrast, in Texas, the Texas Supreme Court ruled in 1999 that health professionals in that state have no duty to warn and protect (Thapar v. Zezulka, 1999). As Barbee, Combs, Ekleberry, and Villalobos (2007) explain, the Texas Supreme court specifically decided not “to violate various state confidentiality statutes enacted by the Texas Legislature governing mental health professionals” (p. 19). Thus, in Texas, a psychotherapist who acts on a duty to warn and/or protect when a client expresses the intent to harm another individual would be violating Texas law and placing her or himself at great legal risk.

The many challenges that may arise from this regulatory environment in Texas were poignantly illustrated in 2001 in the case of Andrea Yates, a woman who murdered her five children by drowning each of them systematically in a bathtub (Walsh, 2002). Prior to these murders, Yates was treated by multiple health professionals in Texas on an outpatient basis and also received inpatient treatment, where she was diagnosed and treated for postpartum psychosis and depression (Walsh, 2002). Yet, due to their specific state laws, these health professionals were not legally required or allowed to breach confidentiality in a manner that could possibly have prevented this tragedy.

Ongoing Challenges in Implementing the Duty to Warn and Protect

There presently exists a great deal of variability in how dangerousness is defined and what specific actions should be taken to fulfill the health professionals’ obligations in various states’ statutes (Bersoff, 2014; Zachariades & Cabrera, 2012). A lack of clear guidance in these areas can make it challenging for psychotherapists to know when the duty to warn and protect exists and when it does, just how to implement it. Many health professionals find conflicting information between statutes, legal rulings, ethical obligations, and their understanding of what their duties and obligations are.

Further, some commentators highlight that once a warning is given to an intended victim there may be no follow-up or additional assistance provided. As Weinstock et al. (2006) point out, once an intended victim has been warned, it may actually “inflame the situation” and increase the likelihood of danger because there is not much a victim can do unless the threat is immediate (p. 528). Psychotherapists may also have concerns that when they breach confidentiality to warn and protect, that they may be harming the psychotherapy relationship by violating their client’s trust, possibly causing greater difficulties (Carlson, Friedman, & Riggert, 1987).

Additionally, very little training is offered to mental health professionals on their jurisdiction’s legal requirements and in how to effectively implement them. For example, guidance is needed on any required threshold for dangerousness and likely harm that necessitates action, how to define and determine if a threat is imminent, how quickly the psychotherapist must take required actions upon learning of a threat, and how much latitude the psychotherapist is allowed in exercising her or his own judgment in each of these areas.

In recent years, the issue of what constitutes harm has come to the forefront. For example, should psychotherapists act on the duty to warn and protect with a client who is HIV-positive or suffers from AIDS and who discloses the intent to have unprotected sex with another individual (Huprich, Fuller, & Schneider, 2003)? Similarly, what actions can and should a psychotherapist take regarding an impaired client (e.g., substances, limited visual acuity, etc.) leaving the psychotherapist’s office, knowing that she or he has reduced ability to safely drive an automobile? These, among numerous other related circumstances may raise a range of dilemmas for psychotherapists who are endeavoring to fulfill their legal and ethical obligations.

Barnett, J. E., & Coffman, C. (2015, May). Confidentiality and its exceptions: The case of duty to warn. [Web article]. Retrieved from http://www.societyforpsychotherapy.org/confidentiality-and-its-exceptions-the-case-of-duty-to-warn

National Institutes of Health. (2015). The Hippocratic Oath. Retrieved from  http://www.nlm.nih.gov/hmd/greek/greek_oath.html 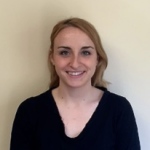