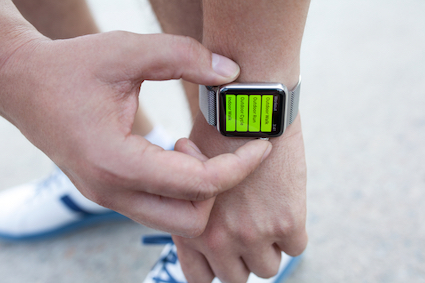 The first known weight loss diet in America was established in the mid-nineteenth century, with dieting becoming the norm by the 1920s (Wolchover, 2012). The diet industry, a $70 billion-per-year business, is continuously growing, as successful weight-loss methods are in demand (Wolchover, 2012). Medical professionals consider a 5-15% loss of initial weight successful, as this could help decrease the risks and/or symptoms of common co-morbid disorders (e.g., hypertension, type-2 diabetes; Wadden, Brownell, & Foster, 2002).

However, for someone who is looking to lose more of their initial weight, these figures may be disappointing (Wadden et al., 2002). Thus, this discrepancy between desired weight loss and the practical amount that can be lost—usually about 10%—could lead to feelings of defeat and hopelessness, ultimately resulting in abandoning the weight loss regimen (Wadden et al., 2002).

With the exception of surgical procedures for weight loss, low calorie diets, group behavior therapy, and pharmacology have been shown to be the most effective methods for weight management among overweight individuals (Herpertz, Kielmann, Wolf, Hebebrand, & Senf, 2004). However, with the recent emergence of telehealth in psychotherapy, there has been an increased utilization of technology for weight management (Shigaki, Koopman, Kabel, & Canfield, 2014). Increases in access to the Internet have made it a real and popular medium for public health intervention, including weight management (Tate, Wing, & Winnet, 2001). Technology-based behavioral health interventions reduce barriers to treatment, as they increase engagement in self-monitoring (Shigaki et al., 2014).

Currently, the development and practice of weight management applications are in their infancy, and specific intervention content has not been extensively examined (Tang, Abraham, Stamp, & Greaves, 2015). This review is intended to familiarize readers with the (admittedly scarce) literature regarding these new weight management technologies, and to increase awareness of the possibilities for utilization of such methods within psychotherapy sessions.

In a qualitative meta-analysis, Khaylis, Yiaslas, Bergstrom, and Gore-Felton (2010) looked at 21 peer-reviewed articles that used an experimental or pre/posttest design to evaluate the efficacy of a technology-based intervention for weight loss. They found five common factors across these studies to be crucial for successful technology-based weight management interventions. These include self-monitoring, counselor feedback and communication, social support, use of a structured program, and use of an individually tailored program.

Self-monitoring, often characterized as tracking diet, exercise, and self-weighing (Burke, Wang, & Sevick, 2011), seemed to be the most predictive factor of successful weight loss. Before the availability of technological applications, these factors were traditionally tracked with paper diaries (Burke et al., 2012). This often led to poor adherence, as it was not always possible to record all necessary information for the diaries quickly and efficiently (Burke et al., 2012).

About 85% of Americans already utilize smartphones and information technology for time and cost efficiency, as well as global connectivity (Krukowski et al., 2013; Shigaki et al., 2014). It is estimated that by 2017 half of the 3.4 billion smartphone and tablet users worldwide will be using mobile health applications, and at least 30% of Americans will regularly wear a device to passively track sleep, food, exercise, heart rate, blood pressure and bio-readings (Malvey & Slovensky, 2014).

In addition, an estimated 170 million devices may be produced to monitor health status by the means of bio-sensing devices incorporated into clothing and accessories (Malvey & Slovensky, 2014). Currently, health and wellness applications have been identified as the largest consumer market for application development. The focus of many of these applications is on consumer empowerment, allowing the user to take an active role in the management of their personal health.

In a review of the literature on the status of mHealth-related applications and trends, it was concluded that these applications have and will continue to have an active role in healthcare; that mobile technologies benefit users because applications allow for immediate support, convenience, low cost and efficiency, and portability; and that mHealth applications facilitate more communication between patients and therapists (Liu, Zhu, Holroyd, & Seng, 2011).

Mental health clinicians could play a unique role in weight management, as research suggests that counseling and support comprise one of the five essential components necessary for successful weight management using technology (Khaylis et al., 2010). Short-term results of technologically-driven weight-loss interventions using these components have been promising, but long-term results have been mixed. This could possibly be due to the lack of continuous psychosocial support while self-monitoring.

Thus, we postulate that a mental health clinician could utilize the applications with the client in sessions, processing through any moments in the week that were hard for the individual. For example, a client who logs having eaten something outside of the parameters of the diet plan, or who reports having skipped exercising for a few days, may feel emotions of hopelessness, guilt, and despair. Thus, a professional could process through such feelings in order to encourage the continuation of weight management.

Despite the benefits that mHealth interventions can provide, limitations are present in the literature, including potential communication problems, breach of confidentiality, and lack of evidence-based interventions. Furthermore, many practitioners are not familiar with mHealth applications and would need to gain adequate training in them (Okorodudu, Bosworth & Corsino, 2014). The technology has been labeled as a “disruptive innovation,” with its prime intention being to facilitate accomplishing health goals with greater efficiency and lowered costs (Malvey & Solvensky, 2014, p. 187).

Eric Dishman, MD, founder of Digital Health group, stated that there must be a “culture of innovation” that includes customizable care, networking, and change, and that measures scalability and assurance of mainstreaming (Malvey & Slovensky, 2014, p. 187). The question, therefore, remains: Will mHealth be a fundamental changer in reforming the healthcare system or a supplemental supportive tool? The future of mHealth remains open, and this question has yet to be explored in depth.

Current use patterns and projections suggest that technological interventions for weight management could potentially bring great change to the diet industry and behavioral health therapies; however, a lack of empirical data illustrating efficacy may have resulted in underutilization of these treatment methods to date (Maclean et al., 2015). Given the context of how individuals operate within the frame of technology, it would be helpful to integrate the practice of behavioral health within the construct of technology, and psychotherapists may be uniquely positioned to provide their clients with counseling services grounded in technological best practices.

As technology advances, there will be a need for greater innovation, interaction, accessibility, and decreased costs for weight management interventions (Okorodudu et al., 2014). Short-term results of technologically-driven weight-loss interventions using these components have been promising, but long-term results have been mixed. Although more longitudinal studies are needed, the interface of technology and behavior change is an effective foundation of a successful, short-term weight-loss program, and may be the foundation for long-term weight loss.

The Evaluation Conundrum for Psychotherapists in Training 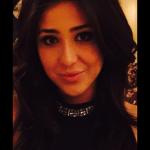 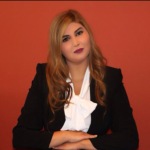 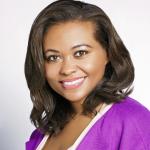 « Training Graduate Students to Work with Sexual Minority Clients
Top 10 Things Learned After Two Decades of Tracking Client Treatment Progress »
Society for the Advancement of Psychotherapy uses cookies to provide you with a great user experience. By using this website, you agree to the use of cookies on your device. SettingsACCEPT
Privacy & Cookies Policy