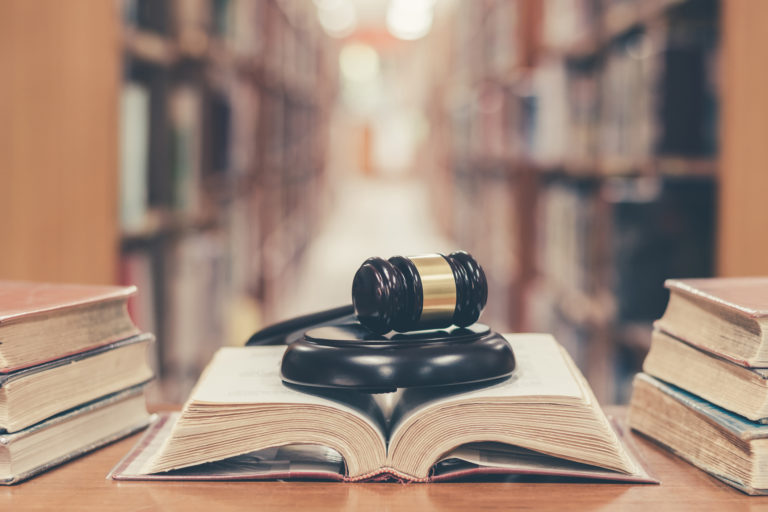 Clinical Impact Statement: The phenomenon of client concealment in psychotherapy has increasingly become a focus of study within the psychotherapeutic community. Most of the available research examines concealment within a general patient population, with only limited focus on certain high-risk populations who may be more prone to concealment and for whom concealment is potentially dangerous. One such group is court-involved adolescents. Through the use of a case study of a court-involved adolescent, motivations for concealment as well as possible techniques to help facilitate increased disclosure among this population are addressed.

From Freud to present, clinicians and researchers have consistently viewed honest disclosure as an essential component of a patient’s therapeutic process (Baumann & Hill, 2016; Farber, 2003). However, despite practitioners’ best efforts to emphasize the importance of honest dialogue, client concealment has been found to be a common occurrence (Baumann & Hill, 2016; Farber, 2003; Kelly, 1998; Kelly & Yuan, 2009). Client concealment can be defined as any active or passive effort made by the client to avoid disclosure of significant information and can be manifest in many ways, including outright lying, minimization or exaggeration, and secret-keeping or omission of key information..

Despite the growing number of studies on client concealment, there has been limited focus on identifying populations who might be more prone to concealment, and for whom such concealment could be harmful. Thus, the purpose of this case study is to highlight one potentially vulnerable high-risk population—that of court- involved adolescents—as a means to provide a deeper understanding of how to best approach the challenge of disclosure with this group.

L is a young black male in his late teens currently on parole and enrolled in a mandated harm-reduction therapeutic group for court-involved adolescents. While L meets the criteria for impairments in interpersonal functioning required for a diagnosis of Antisocial Personality Disorder (APD), much of his personality and behavior can be understood by considering the influence of his socioeconomic and sociocultural environment. L lives in a poor urban neighborhood, and is currently unemployed. L never met his father and, since losing his mother to an overdose early in his life, has lived with his abusive and aloof male relative. Due to a lack of parental supervision, L quickly became involved in gang and criminal activity. After being arrested, he spent a year in prison before being released on parole and enrolling in the group. L adheres to a heteronormative, homophobic masculine image and is aggressive in retaliating to any challenge of his masculinity. Within the group environment, L is competitive and routinely claims his superiority to other members due to his capacity for physical violence and the quantity of his sexual relationships.

A few months after joining the program, L was arrested. After getting released on bail, he returned to group. When questioned by his program counselor (PC) about the incident, L provided a particular version of the story in which he painted his physical altercation with an intoxicated individual as self-defense. The PC had already been informed by L’s parole officer and lawyer that there was evidence indicating differently, but chose not mention the communications to L. Aware that L was concealing the truth, the PC did not press for further information, but rather attributed L’s deception to lack of trust in the therapeutic relationship. Because L had repeatedly told the PC in group that he had difficulty trusting, the PC knew that honest disclosure would only occur if L believed that the PC was trustworthy. In an effort to strengthen their therapeutic relation, the PC decided to attend L’s court date. While it was not unheard of for a PC to attend court if a participant were re-arrested, it was not routine as a PC’s presence had no real effect on the outcome of the case. Regardless, the PC went to demonstrate his support for L. When L’s case was finally heard, the only individuals in the courtroom to support L were the PC and L’s lawyer.

Following the hearing, the PC met up with L. In response to the PC’s unexpected support, L acknowledged how grateful he was that the PC “had [his] back.” Following some discussion of the court proceedings, the conversation returned to the arrest incident. Without any prompting by the PC, L provided a different story of incident. He revealed that he had initiated the physical altercation following a particular insult and an “invasion” of personal space. The PC noted that L’s willingness to disclose previously concealed information was likely due to the support felt during the court hearing. In the sessions that followed, the PC experienced a more open dialogue L and saw him participate more in group. The PC was even able to utilize the new details of the story to start a conversation about identifying triggers that could lead L to impulsive and dangerous behavior.

As seen in this case study, and consistent with the findings of Farber and Hall’s (2002) research, the strength of the therapeutic alliance had a positive effect on L’s willingness to disclose. However, the particular importance of this case study lies not in the disclosure per se, but rather achieving it with a participant from a highly vulnerable, clinically guarded population. Thus, it becomes important to examine all influences that led to the original concealment, as well as what actions influenced the change in the client’s willingness to disclose.

When investigating L’s motivation for concealment, several key factors should be considered: the subject matter of the concealed information, the influence of adolescence on concealment, and the relationship between incarceration and concealment.

The information that L concealed was the criminal activity that led to his new arrest. Among studies that have investigated client motivation for concealment, shame has often found to be the primary motivation (Baumann & Hill, 2016; Farber, 2003; Han & O’Brien, 2014; Hook & Andrews, 2005; Kelly & Yuan, 2009). One of the major ways that the criminal justice system attempts to deter individuals from pursing criminal activities is by promoting strong public stigma against criminal activity (Funk, 2004). However, this means of social control becomes a double-edged sword that can bring disproportionate and overwhelming shame to those who are in involved with the criminal justice system (Kohm, 2009). Thus, a clear pathway linking concealment, shame, and criminal activity becomes visible; that is, the strong social stigma associated with criminal behavior could have been a factor that initially made disclosure (to an “establishment” figure) too shameful for L to consider.

As Church (1994) notes, "Because of their desire for autonomy, adolescents may be very sensitive to situations where they believe others are asserting their power or authority” (p. 105). Because of a therapist’s position of power within the relationship, adolescents may view the therapist as an enemy. Such assumptions can have negative effects on trust and the therapeutic relationship, two factors that have been shown to influence disclosure and concealment (Kelly & Yuan, 2009; Farber & Hall, 2002). Given L’s age, his concealment can be seen as a somewhat normative means of maintaining autonomy and preventing authority-based action against his personal freedoms (Church, 1994). Moreover, adolescents rarely engage in treatment on their own accord; rather, therapy is often mandated by some authoritative power such as parents/guardians, school counselors, parole officers, or judges (Oetzel & Scherer, 2003). Without choice, adolescent clients lack genuine intrinsic motivation, making participation and honesty potential issues (Sommers-Flanagan & Sommers-Flanagan, 1995). In mandated cases, adolescents can feel that there is no need to be in treatment (Oetzel & Scherer, 2003) and often retaliate with disruptive or manipulative behavior (Sommers-Flanagan & Sommers-Flanagan, 2014). Given this, L’s mandated attendance in group may have been another factor that prompted his concealment.

Much like adolescents, forensic populations are known to distrust clinicians (Marlow, White, & Chesla, 2010). In an investigation into formerly incarcerated individuals’ perceptions of clinical services, Marlow et al. (2010) noted that there exists a strong distrust of the health care system, one often stemming from experiences of discrimination that arose after their criminal history was revealed. L’s concealment becomes more understandable when viewed in this context. Additionally, among court involved populations, social evaluative concerns in relation to masculinity have been found to influence concealment and disclosure (Cruddas, Gilbert, & McEwan, 2012; Larson, Chastain, Hoyt, & Ayzenberg, 2015). Due to the unique power structures within prison, a strictly defined heterosexual masculinity plays a major role during social interaction, social positioning, and identity formation (Iwamoto et al., 2012). One of the key aspects of this masculine persona is dissociation from perceived feminine qualities, including help-seeking behaviors. Prisoners who seek mental health services are perceived as feminine and can become targets within prisons due to their vulnerability. In order to protect themselves, prisoners often conceal issues and avoid disclosures that could be misconstrued as weakness (Iwamoto et al., 2012). Thus, L’s concern with the social evaluation of his masculinity, stemming from his history of incarceration, could have also influenced his initial decision to conceal the details of his arrest.

When analyzing the disclosure, another focus should be on the PC. First, the choice by the PC to not reveal awareness of the concealed information was a calculated decision. The PC felt that contradicting or confronting his client could have been perceived as spying or a challenge to his independence, in turn weakening the therapeutic relationship (Sommers-Flanagan & Sommers-Flanagan, 2014). Additionally, the PC’s choice to increase trust building following an incident of known deception reflects a preparedness to expect concealment and demonstrates the temperament needed to work with this often volatile population. Because it has been found that therapists hold a number of negative attitudes towards deceptive clients (Curtis & Hart, 2015), individuals working with clients prone to concealment should be aware of such tendencies and do their best to remain unbiased.

Given that L chose to only disclose after his court appearance, it can be argued that whatever action the PC took was a major cause for the change in L’s behavior. Thus, it seems that the PC’s initial acceptance of L’s story as well as his active support positively affected the therapeutic relationship and made L feel comfortable enough to disclosure. Given L’s lack of parental support and distrust of service providers, the PC was most likely aware of the significance that his voluntary appearance would have on L, recognizing this as an opportunity to display his trustworthiness. The PC planned this nontraditional “intervention” as a means to increase engagement, and did so with L’s specific history and needs in mind.

In the case example, the PC focused on demonstrating trustworthiness as a means of strengthening the therapeutic relationship, which in turn resulted in a significant disclosure followed by more open dialogue in subsequent sessions. Maintaining a supportive presence, as the PC did, is just one example of a technique that can strengthen the therapeutic alliance and increase honest disclosure. In discussing a client who was sexually abused, Balmforth and Elliot (2012) concluded that therapists can play an active role in disclosure through the use of appropriate responsiveness following potentially concealed information. Oetzel and Scherer (2003) found that the therapeutic alliance with adolescents can be strengthened by deconstructing stigmatized beliefs and allowing the client to choose what is discussed. They argued that giving adolescents such autonomy could lead to a decrease in treatment resistant behaviors, including concealment. Specifically for court involved adolescents, several researchers have developed lists of simple strategies and techniques to help increase engagement and build trust, such as learning the culture unique to the adolescent or avoiding clinical labels and/or professional language (Hanna, Hanna, & Keys, 1999; Sommers-Flanagan & Sommers-Flanagan, 2014). While these techniques will not be effective with all adolescents, insight into a client’s specific needs can help narrow down which techniques may be helpful in strengthening the therapeutic alliance and increasing disclosure.

Balmforth, J., & Elliott, R. (2012). ‘I never talked about, ever’: A comprehensive process analysis of a significant client disclosure event in therapy. Counselling and Psychotherapy Research, 12(1), 2-12. 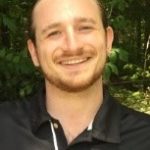