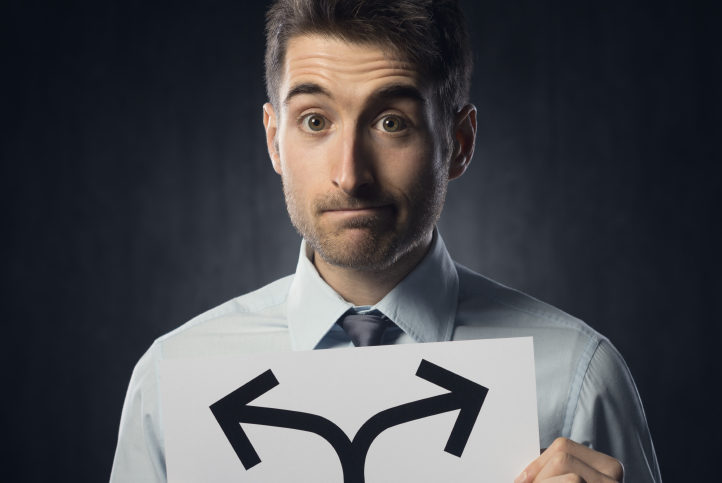 Internet Editor’s Note: Drs. Fonagy and Allison recently published an article titled “The role of mentalizing and epistemic trust in the therapeutic relationship” in Psychotherapy.

If you’re a member of the Society for the Advancement of Psychotherapy  you can access the Psychotherapy article via your APA member page.

Over the past decades, meta-analyses have found almost no clinically meaningful differences in efficacy between the various evidence-based psychotherapies. This has led to the formulation of the so-called “Dodo bird verdict”, based on the Alice in Wonderland story, which argues that “all [psychotherapies] have won and all must have prizes”.

Consequently, major figures in the field have questioned the notion that theory-specific techniques or interventions, such as addressing dysfunctional cognitions in cognitive-behavioral therapy, or the relationship between past and present in psychodynamic therapy, are mainly responsible for therapeutic outcome. They argue that, instead, factors that are common to effective treatments – providing the patient with hope and with a comprehensive theory that explains the patient’s complaints – would typically explain a greater proportion of the therapeutic outcome. This would be particularly the case if the therapist is able to establish a warm and empathic therapeutic relationship with the patient. Hence, the “Dodo bird” still looms unresolved over the field of psychotherapy.

We have recently proposed a new, evolutionarily informed approach to the “Dodo bird” controversy that also has important implications for understanding psychopathology more generally.

Our starting point is contemporary evolutionary theories concerning social cognition. Evolutionary theory suggests that as the human mind needed to respond to ever more challenging, complex, and competitive conditions, norms for social behavior and understanding could not be “fixed” by genetics or constitution. These norms had to be optimized through a prolonged period of development within a close circle of people – people who we would term attachment figures. Attachment figures not only provided young children with the basis for feelings of security and exploration (Bowlby, 1973; Main, Kaplan, & Cassidy, 1985), but also provided a training ground for the ability to mentalize – the capacity to understand ourselves and others in terms of intentional mental states (Fonagy & Luyten, in press).

Mentalizing provided an evolutionary advantage because it allowed these early humans to adapt better to their physical environment, by facilitating social collaboration and well-functioning kinship groups, but also by supporting competition for survival when different social groups were at odds. Hence, mentalizing is a key element of our species’ uniquely developed level of social cognition.

The link between attachment and mentalizing is clear. Attachment contexts provide the ideal conditions for fostering mentalizing. Secure attachment relationships, where attachment figures are interested in the child’s mind and the child is safe to explore the mind of the attachment figure (Fonagy, Lorenzini, Campbell, & Luyten, 2014), allow the infant to explore other subjectivities, including that of his/her caregiver. Finding him/herself accurately represented in the mind of the caregiver as a thinking and feeling intentional being ensures that the infant’s own capacities for mentalizing will develop well (Fonagy, Gergely, Jurist, & Target, 2002).

Epistemic Trust and the Transmission of Culture

Recent elaborations of thinking on mentalizing have taken the argument one step further to point to another important function of attachment relationships. This is the development of epistemic trust, that is, trust in the authenticity and personal relevance of interpersonally transmitted knowledge. Epistemic trust enables social learning in an ever-changing social and cultural context and allows individuals to benefit from their (social) environment (Fonagy & Allison, 2014; Fonagy, Luyten, & Allison, 2014; Fonagy and Luyten, in press).

Gergely and Csibra’s theory of natural pedagogy (Csibra & Gergely, 2009) helps to clarify the key issues here. Human beings are faced with a major learnability problem: they are born into a world that is populated with objects, attributes, and customs whose function or use is epistemically opaque (that is, not obvious from their appearance). Humans are thus evolved to both teach and learn new and relevant cultural information rapidly.

Human communication is specifically adapted to allow the transmission of epistemically opaque information: the communication of such knowledge is enabled by an epistemically trusting relationship. Epistemic trust allows the recipient of the information being conveyed to relax their natural, epistemic vigilance – a vigilance that is self-protective and naturally occurring because, after all, it is not in our interest to believe everything indiscriminately. The relaxation of epistemic vigilance allows us to accept that what we are being told matters to us.

An infant whose channels for learning about the social world have been disrupted – in other words, whose social experiences with caregivers have caused a breakdown in epistemic trust – is left in a quandary of uncertainty and permanent epistemic vigilance. Everybody seeks social knowledge, but when such reassurance and input is sought, the content of this communication may be rejected, its meaning confused, or it may be misinterpreted as having hostile intent.

In that sense, many forms of mental disorder might be considered manifestations of failings in social communication arising from epistemic mistrust, hypervigilance, or outright epistemic freezing, a complete inability to trust others as a source of knowledge about the world, which may be characteristic of many individuals with marked trauma and personality problems. An individual who was traumatized in childhood, for instance, has little reason to trust others and will reject information that is inconsistent with their pre-existing beliefs. As therapists, we may consider such people “hard to reach”, yet they are simply showing an adaptation to a social environment where information from attachment figures was likely to be misleading.

The “P Factor”: Epistemic Mistrust as a Common Factor in Psychopathology?

A serious challenge for our thinking about psychopathology arises from the fact that when we consider many individuals’ psychiatric history over their life course, it rarely follows the discrete, symptom-defined, and diagnosis-led categories that extant cross-sectional research uses when conceptualizing specific disorders.

This lack of specificity may relate to compelling evidence presented by Caspi et al. (2013) suggesting that there is, in fact, a “general psychopathology factor” in the structure of psychiatric disorders. Caspi and colleagues’ findings suggest that a hierarchical three-level structure explains the relationships among psychiatric disorders:

A higher p factor score is associated with increased severity of impairment, more developmental adversity, and greater biological risk. The p factor concept convincingly explains why, so far, it has proved so difficult to identify isolated causes, consequences, or biomarkers and to develop specific, tailored treatments for individual psychiatric disorders.

The p factor is thus far a statistical construct. We propose that the p factor may be a proxy for impairments in epistemic trust: An individual with a high p factor score is one who, because of developmental adversity (whether biological or social), is in a state of epistemic hypervigilance and epistemic mistrust. If this is true, it may have major consequences for psychosocial interventions. It would mean, for instance, that people with relatively low p factor scores might be most responsive to psychosocial interventions.

A depressed patient with a low p factor score may, for instance, recover with the help of brief cognitive-behavioral therapy or psychodynamic therapy, perhaps even when delivered via an e-platform. These patients may be relatively “easy to reach” in terms of treatment because they are open to social learning in the form of therapeutic intervention. In contrast, a depressed patient with a high p factor score, who is suffering from high levels of comorbidity, longer-term difficulties, and greater impairment, is likely to show intense treatment resistance because of their high levels of epistemic mistrust, or outright epistemic freezing. We consider it likely that such patients will require more long-term therapy to first stimulate epistemic trust and openness.

Epistemic Trust as the Key to Effective Psychotherapies

In proposing that epistemic mistrust might underpin the p factor that underlies long-term impairment, we thus also consider that (the relearning of) epistemic trust may be at the heart of all effective psychotherapeutic interventions. Put simply, we suggest that effective interventions specialize in generating epistemic trust in individuals who struggle to relax their epistemic vigilance in more ordinary social situations. Patients with BPD, for example, are typically experienced as “rigid” and “hard to reach”, and the difficulties involved in stimulating epistemic trust have historically blighted attempts to intervene effectively with these individuals.

“Psychotherapy” in its many forms thus may simply be a specialized variant of an activity that has been part the repertoire of communicative behavior for a very long time – turning to others in times of need to make sense of what is happening to us. It is the seeking out of perspective and the reassurance of another’s social knowledge. But for it to be meaningful there needs to be a workable level of epistemic trust.

Based on the above considerations, we propose that there are three distinct processes of communication that cumulatively make psychotherapy effective:

The different therapeutic schools belong to this system. They may be effective primarily because they involve the therapist conveying to the patient a model for understanding the mind that the patient can understand as involving a convincing recognition and identification of his/her own state. This may in itself lower the patient’s epistemic vigilance.

When the patient is once again open to social communication in contexts that had previously been blighted by epistemic hypervigilance, he/she shows increased interest in the therapist’s mind and the therapist’s use of thoughts and feelings, which stimulates and strengthens the patient’s capacity for mentalizing. Improvements in mentalizing or social cognition may thus be a common factor across different interventions.

The relaxation of the patient’s hypervigilance via the first two systems of communication enables the patient to become open to social learning. This allows the patient to apply his/her new mentalizing and communicative capabilities to wider social learning, outside the consulting room. This final part of the process depends upon the patient having a sufficiently benign social environment to allow him/her to gain the necessary experiences to validate and bolster improved his/her mentalizing, and to continue to facilitate relaxation of epistemic mistrust, in the wider social world.

What this view suggests is that the effectiveness of psychotherapies, regardless of their “brand names”, should be investigated at the three levels of communication. Furthermore, it redirects our attention to the social environment, and to interventions that may directly target environmental factors that could contribute to the origin and maintenance of psychopathology, but could also have the potential to support recovery and the individual’s capacity to benefit from benign aspects of the environment.