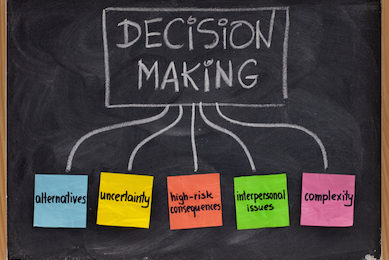 My Experience as a Student Therapist

I’ll never forget the day that a friend of mine quoted a professor from my university: “The only way you can screw up as a psychologist is by having sex with your clients. As long as you don’t do that, you’re set!” Forgive the crass language, but the words and tone used at the time definitely put my nerves at ease. I was a second-year master’s student in a clinical psychology program and it was one of the first days that I was working at my first-ever clinical externship—a residential treatment facility for adolescent males who had sexual behavior problems.

Participating in multiple relationships with a client never crossed my mind. I was well trained by the Chair of the APA Ethics Committee, and more importantly, I wanted a future in the profession. It didn’t hurt that I was currently providing psychotherapy to individuals who had committed sexual offenses. Yes, I recognized that working as a female with adolescent males with boundary issues put me in a position to potentially experience encounters and attempts of an inappropriate nature. However, the reciprocation of their feelings toward me was never in the cards. Although I was well educated on the theories, reasons, and understanding of the ethical considerations regarding intimate relationships with clients, I was unprepared to face the ethical decisions I was going to have to make when a client of mine sexually assaulted me.

Sexual intimacies between mental health professionals and their clients are considered one of the most immoral acts within the profession. They not only violate the law, but also the principles of beneficence, nonmaleficence, and autonomy in the American Psychological Association Ethical Principles and Code of Conduct [Ethics Code] (APA, 2010), as well as multiple ethical standards within the Code. More importantly, such acts can cause significant damage to the client’s mental health, emotional health, and general well-being.

Sexual intimacies are defined by the Maryland Psychology Board Laws and Regulations Chapter 5 Article, §1-212, 18-311, and 18-313(7) as acts engaged in with or without clothing involving: (a) Genital contact; (b) Nongenital contact with the hips, loin, thigh, buttocks, or breasts; (c) Exposure or observation of genitals or nude portions of a body involving breasts, buttocks, or genitals; or (d) Other behaviors engaged in for the purpose of sexual arousal or sexual gratification.

When discussing the topic of multiple relationships in terms of sexual intimacies, one should also take into account the terms boundary crossing, boundary violation, and sexual intimacy itself. According to Knapp and VandeCreek (2012), boundary violations accounted for almost half of the 2004 American Psychological Association’s (APA) Ethics Committee disciplinary actions, with most such violations regarding sexual intimacies involving a client and his or her therapist. More recently, of the nine cases that were opened regarding boundary violations in 2011 by the APA Ethics Committee, 56% percent of them were considered cases of sexual misconduct (APA, 2012). Barnett, Lazarus, Vasquez, Moorehead-Slaughter, and Johnson (2007) add that a boundary violation may also be viewed by the client as unwelcome or unwanted, and may be considered contradictory to the therapist’s obligations to the client.

That being said, I had been trained well to monitor my own behavior. Ways to appropriately, respectfully, and empathetically express one’s position of power, the importance of the therapeutic and professional relationship, and the absence of shared feelings were all discussed at length in my ethics class. Yet I was still unprepared for what happened next.

I had been seeing my client for a few months at this point. He was an adolescent male with an apparent and yet undiagnosed developmental disorder, and was participating in sex offense treatment. We were finishing up our therapy session, and, as I stood to open the door for us, he grabbed my breast. I immediately exclaimed, “No! What do you think you are doing?” and backed away from him. I told him to stand up and follow me to get another staff member, which we did; and then I had my client take accountability for his actions by sharing his previous behaviors to the staff member.

Despite having conversations with, and learning from, professionals in the field, I was neither prepared for the event, nor the decisions I would have to make afterward. I struggled to make sense of what had happened and how to understand its meaning for both my client and for me personally. Some said that I should have physically defended myself, others commended me on the way I handled it. According to Maryland law, my client had engaged in an unlawful sexual act—but what implications did that have? At first I downplayed the significance of the event. Perhaps I had been desensitized from working in sexual-offense specific therapy settings. Or perhaps I was determined to demonstrate empathy for my client’s history and cognitive abilities. I struggled in taking on the role of a “victim” over maintaining my role as his therapist. I wanted to be ethical and professional, but I didn’t know what that meant in this context.

In exploring the decisions that I was faced with, I was very fortunate. The team with which I was working was extremely supportive, and my supervisor was nothing less than extraordinary. They began by focusing on me and my experience; encouraging me to see myself as an individual, and not as a therapist. Despite my determination, I could no longer be neutral or objective. After facilitating and encouraging me to process through the events, they asked me if I wanted to press charges. There was the question of the year … did I want to press charges?

Standard 3.04 of the Ethics code encourages psychologists to take appropriate and reasonable steps to avoid causing harm to anyone that they have a working relationship with (APA, 2010). Wouldn’t pressing charges cause harm to my client? What would happen to him? Would he learn anything as a result of the new charges and/or the subsequent consequences? Would he shut down and be defensive to future treatment? These were the only questions I was asking at that point. However, my supervisor sat me down and pointed out that in this situation, I was not just a therapist, but a woman who had just been violated. She forced me to take a real look at the situation, and put myself first, pointing out that if I didn’t deal with my own feelings, I could not be effective as a psychotherapist. After long deliberation, many hours of supervision, consultation, and extreme ambivalence, I chose to press charges against my client. This choice was considered in the long term interests of the client as well as my own self-care obligations. Yet the obstacles were not over.

“Choices about whether to cross a boundary confront us daily, are often subtle and complex, and can sometimes influence whether therapy progresses, stalls, or ends” (Pope & Keith-Spiegel, 2008). After pressing charges, the next step I faced was deciding whether or not to continue working with my client as his therapist. Standard 3.05 part (a) of the Ethics Code cautions psychologists to refrain from entering into a multiple relationship if the relationship could hinder the objectivity, obligations, competence, or effectiveness of the psychologist’s role (APA, 2010). It also warns psychologists against entering into a multiple relationship that could cause risk of exploitation or harm to the client. Part (b) of Standard 3.05 states that psychologists finding themselves in a multiple relationship that could be considered risky should take the necessary steps to resolve the situation to fit the client’s best interest, and in adherence to the Code (APA, 2010).

As a novice psychologist in training, I felt that I had a lot to prove. I wanted to continue working with my client and also felt the need to demonstrate that I was capable of leaving my personal issues at the door. I wanted to be the best therapist that I could have been. Yet continuing therapy with my client would have been entering into a multiple relationship, one in which not only was I the therapist, but also his victim. My objectivity would have been compromised, even though I tried to argue that it wouldn’t have been. In addition, by pressing charges I had added a level of power over my client that could have negatively affected his ability to truly and successfully gain something from treatment.

Swallowing my pride, I terminated treatment with my client. This was done through a monitored session by my supervisor where my (former) client was given the opportunity to verbally and personally take accountability for his actions, express his feelings toward the termination of our professional relationship, and for me to express my own feelings about his actions and the subsequent consequences. Due to my client’s existing residence at a facility focused on providing treatment for similar behaviors, he continued to participate in treatment at the same facility with a different therapist.

Although I was well educated on the theories, reasons, and understanding of the Ethics Code, I was unprepared for the ethical decisions I faced when a client of mine sexually assaulted me. I was forced to take myself out of the role of the therapist, to temporarily make myself and my needs a priority over the client’s, to determine whether or not to press charges, and then to decide whether or not to terminate the therapeutic relationship. I was challenged when to focus on my client’s needs and when to focus on my own. There is no formal code of ethics for clients, only for professionals, and even those don’t cover every situation.

Despite being the most difficult situation both personally and professionally in my career as a psychologist-in-training to date, it did present me (and the client) with great opportunities for growth.

Herbst, A. (2015). Ethical considerations when a client crosses sexual boundaries: My experience as a student therapist. Psychotherapy Bulletin, 50(1), 33-36. 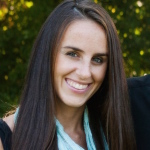