J. (1) grew up in an upper-middle class suburban setting. As a child, both parents repeatedly claimed to be college graduates. But J. discovered online as an adult that his father, despite being an accomplished multi-sport athlete on scholarship, had dropped out before completing his final year. Both parents encouraged J. and his siblings to take academics seriously and were supportive and involved in all curricular and extracurricular activities during his elementary and junior high school years. His mother had overcome the hardship of living in an orphanage while attending and graduating from a major university. While J.’s siblings were good students, graduating from college and becoming professionals, there was no evidence in the nuclear or extended family history of brilliant academic achievement.

J.’s elementary school years were average in terms of demonstrated academic skills and social adjustment. He maintained a “B” average in public junior high school and “B+” in high school. He claimed to be “rather shy and introverted” but was able to establish and maintain school friendships, as well as earning a varsity letter for three years in his chosen sport.

Emotionally, J. was close to his father in his childhood and adolescence. He remembers that when he was age 9, his father took him by himself to a major league baseball game. What J. referred to as “a magical event” took place during the game. His father caught a foul ball, bruising his knees against the seats in front of him as he leaned forward to make a bare-handed catch. When he came up with the ball, he immediately handed it to J. It was in this spontaneous and unselfish act that J. said he profoundly realized his father’s unequivocal love for him. To top off the evening, his team ended up winning the game in the 9th inning on a homer by his favorite player. J. used the idiom, “God’s in his heaven, all’s right with the world,” to describe how good he felt on the way home that evening.

At age 14, J. experienced the most severe emotional trauma of his life. J. and his father were alone in the living room after dinner one evening, engaged in conversation, when his father choked once and died from a sudden heart attack. J.’s father had been lying on the sofa, within 20 feet of J., who watched it happen. This occurred days before he was entering his final semester of junior high. He told me, “My world changed forever in that moment. I became numb and felt lost for years. I don’t think I’ve ever really overcome the loss. It impacted how close I would let myself get with anyone. And it taught me about not clinging too tightly to any person or material possession in this life.”

After his father’s death, J. began having trouble academically, earning lower grades and being forced to repeat multiple math classes. He also remembers “sabotaging” his chances of having a high enough grade average to gain entrance to his desired university. In an English Literature class in his senior year, he “stubbornly” refused to complete a class requirement to memorize and then recite a sonnet in front of the class. He said, “I had never refused to complete assignments of any kind. But reciting a sonnet just felt so phony, I couldn’t do it.”

He ended up being accepted by a good State college away from home and attending for two years. In his last semester, he got “A’s” in all his six classes, earning a place on the Dean’s List and assuring his transfer to his chosen university. He viewed this semester as the first indication that he had the ability to perform well in academics.

Upon transferring to the university, J. was distracted by the political, cultural, and social activities taking place during the time he was coming of age. His way of putting it: “The sex was easy, the drugs were cheap, and the music was out of this world. The political action thing spiced up the whole mixture.” But these distractions did not prevent him from graduating Phi Beta Kappa with his BA degree in three and a half years, including his two years before transferring. While this achievement further demonstrated ability, it did not portend what was coming.

J. told me, “After graduating, I took six months off and traveled by myself around Western Europe. But before I left, I had applied to a handful of top law schools but didn’t get accepted. When I came home, I decided to go to graduate school in psychology. I wanted to get licensed and go into private practice. I had gone to therapists and tasted encounter groups in college and thought this was something that could help me grow, as well as make a decent living by helping people. It was one more way to delve more deeply into my inner world.”

While J. showed signs of high intelligence in our sessions together, he did not give any obvious indications of being beyond the intelligence level of those who were capable of succeeding at doctoral level studies. He was what I would now call, “sneaky smart.” So, I was surprised when I learned his story included the following:

“Look, it feels like boasting when I talk about it. But I had a certain ambitious resolve back in those days that pushed me to want to be the first and youngest to complete my graduate studies. It seemed meaningful—perhaps unconsciously in proving something to myself, fellow students, and my teachers—not just to complete the various steps but also to be both the first and youngest to do so. At the time, it didn’t seem like a big deal but I now see it did matter to me.”

“I remember taking pride in becoming one of the youngest ever to be licensed as a marriage counselor, and, a couple years later, as a psychologist. I mean, I wasn’t even mature enough to be capable of a committed relationship with a woman, but here I was licensed to practice. I was only 26. In the same year I quietly gloated when becoming the first and youngest of my class to complete all requirements to earn my PhD. I had my masters in a year and then completed my doctorate in two more years. While it wasn’t Harvard, it was a fully accredited program within a university that had some visiting big shots coming in to teach. And, most importantly, it was of the theoretical orientation I was into.”

I thought maybe I didn’t hear him clearly. “Wait a minute, J. Did you say that you completed your PhD—all coursework, including your dissertation, oral defense, and clinical internship, in two years?”

“Exactly. Not bad for a guy who had to repeat geometry, huh? And while I was completing the 1,500 hour internship, I was already writing up my dissertation research into an article to be published in a journal the next year. I even managed to learn enough statistics to do experimental research for my dissertation. Little did I realize that I had reached my summit of accomplishment and from there, it was all downhill.”

“Was your last sentence meant to take the edge off your expression of pride?”

“Yes. You know, a little self-disparagement, so you won’t think I’m unabashedly boasting.”

“J., There’s nothing wrong with expressing pride in your work and even boasting when you can back it up with the goods. For you to complete all the academic and clinical requirements in just two years is really quite extraordinary. I’ve never heard of anyone doing that before at any school. You know that I’ve been through the rigors of a doctoral program and know what it takes. So, in this space, it’s okay with me if you want to boast about your accomplishments.”

“Okay, then, I will. When I received my degree in the formal graduation ceremony, they told me no one had ever completed the program in two years. And all these years later, I think it still stands as the record.” This time he said it with a grin of satisfaction.

Upon reflection, J. would sometimes indicate that he felt he had not “lived up” to his flash of academic brilliance. While he ended up becoming a skilled and successful psychotherapist, he did not become a “rock star” in the field. He was too shy to sell himself heavily in the marketplace. And his shyness and lack of high social intelligence prevented him from having many friends or wanting to participate in the professional/social activities that would have widened his influence and status. He would sometimes tell me that, while he believed he had skill and could make an impact on patients, he really wasn’t well-suited to being a psychotherapist. He said he “didn’t like people enough” and wasn’t social enough with colleagues. One time, he put it like this:

“One of the occupational hazards for me of being a psychotherapist has been a low tolerance for the normal chitchat that makes up daily social interaction. The depth and emotional intensity that saturates the practice of psychotherapy makes most surface-level social interaction pale in comparison. It’s been tough for me to learn to appreciate the benefits of the basic conversation that passes for meaningful communication in our culture.”

When I asked him directly if he thought he had a measure of Asperger’s, he smiled and said, “Maybe. Although I look people in the eyes, I’ve never been that sensitive to other people’s feelings and I’m better as a confrontative therapist than I am a spoon-feeder of emotional support. But not being too concerned about the others’ feelings has allowed me to be very direct in dealing with issues that other psychotherapists back away from. And while it works in the consulting room, it often fails in dealing with people in the outside world, who prefer to ‘catch more flies with honey than vinegar.’ ”

One of the things my work with J. reinforced for me was that sometimes people who don’t appear to be outstanding in any outwardly, observable fashion may have hidden pockets of brilliance, talent, or ability that no one takes the time to discover. It leads me to wonder how many people walk around with these kinds of special abilities or talents that may not be practical or important but are part of their identity or even their essence?

Conversely, I also had reinforced the knowledge that having a flash of brilliance assures nothing in terms of overall life adjustment or success. Sometimes the flash can be parlayed into valuable and meaningful long-term satisfaction and contentment and sometimes it can’t.

But if you asked me what I would choose, it would certainly be to have the experience of the flash of brilliance and take my chances.

(1) Patient identifying info has been changed to protect confidentiality.

From Airman to Student 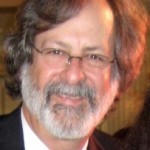