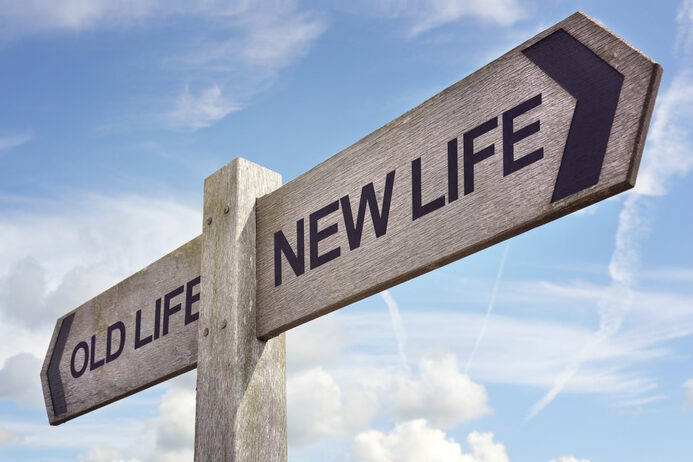 Clinical Impact Statement: The approach suggested utilizes therapist knowledge of unconscious anxiety to help patients assess their motivation for change. It does not call for therapists to interpret client ambivalence from a psychodynamic perspective only, but it does require a therapist conviction that insight is useful for decision making and change.

More and more, I notice therapy clients asking directly for insight. They want to understand why they dilly-dally on their goals, waffle on difficult decisions, envision change but don’t plan for it. “…If I feel I want to do X, and I say I want to do X, why can’t I just do it?” is the refrain. Helping clients interpret the ambivalence they’re unaware of is meaningful, useful work and frankly, it’s fun.

By “interpret,” I don’t mean strictly in the psychodynamic sense. Working with client ambivalence is absolutely essential to Motivational Interviewing, for example (Rice et al., 2017) especially with chemical dependency patients. One might argue, too, that helping people to access their anxieties is actually Existential Therapy, or that linking beliefs to (in)action is clearly Cognitive Behavioral.

I mean “interpret ambivalence” broadly, as a way of showing clients how subtle and surprising our motivations may be. How often we hold within us opposing views. How one, seemingly insignificant disincentive may be just enough to keep us from acting on what we want.

Sigmund Freud wrote in The Psychopathology of Everyday Life (1901) “...Intentions of some importance are ‘forgotten’ when obscure motives arise to disturb them...” In other words, we aren’t always aware of when we’ve shifted our priorities.

Surely there’s a more accessible way to explain how ambivalence works. Here are suggested talking points for psycho-education with clients:

This next section is excerpted from the book Clever Cooking and Smart Science for the HCG Diet (Falk & Klausmeyer, 2020). A large number of hypotheticals are presented to the client. All are possible reasons someone might feel ambivalent about losing weight. (Weight loss is used purely for illustration.) Offering a large number of possible explanations like this — interpreting ambivalence — may be useful with clients puzzled by their own hesitation.

For context, the HCG Diet is a rigorous, short-term protocol in which patients utilize ketosis and low caloric intake to jumpstart weight loss, then slowly diversify diet. The protocol is demanding emotionally and interpersonally, with a high payoff for those who commit to it. Thus, HCG patients are eager to understand how they can avoid self-sabotage.

In therapy, I might introduce the intervention below by saying “…It’s common for us to want something badly, but deep down, have reservations. Let’s brainstorm some reasons a person might not be trying their hardest to _______ [client’s stated goal].

From Clever Cooking and Smart Science for the HCG Diet:

There are perfectly good reasons a person who wants to lose weight might not really go for it. Some of these are thoughts we’re barely aware of. Let’s think of as many reasons as we can for a person to have doubts about losing weight:

— Some people would be embarrassed to lose weight because they believe it would be admitting that they were unhappy before.

— Some people look upon losing weight as giving in to societal expectations or gender role conventions.

— Some people have a partner who is overweight and worry they’d be abandoning that person if they were no longer overweight along with them.

— Some people imagine they will never be able to eat tasty food again if they lose weight. They decide that they would rather “enjoy life.”

— Some people have an identity that’s about helping other people. It feels odd to be pursuing their own goals.

— Some people despise exercise. They assume they would have to work out if they decided to lose weight.

— Some larger people don’t have much respect for slender people. They see those people as less brave, less interesting, less sensual.

— Some people have lost weight and gained it back before; they worry that they will just confirm their usual pattern to themselves and others.

— Some people worry that friends and family would be a little too enthusiastic about their weight loss: as though they'd been waiting a long time for this to happen, but were holding their tongue.

— Some people have had others tell them they should lose weight. Actually doing so feels like giving in.

— Some people have an identity tied to being larger, such as being a powerful person, an athlete, a funny person, a nurturing person or an independent thinker.

— Some people realize that they aren’t actually overweight and that someone is simply trying to convince them to lose weight.

— Some people might be considered overweight medically, but do not feel overweight at all. They are pleased with how they look and feel right now.

— Some people believe that a thin cook is not a good cook. That any sophisticated “foodie” could not be slender.

— Some people associate being slender with unwanted sexual attention.

— Some people believe it would be impractical to lose weight, since they would have to buy an entirely new wardrobe and such.

— Some people worry that a partner will emotionally abuse them for being “self- centered” if they don’t eat the same things they used to as a couple.

— Some people sense that weight loss will require too much effort; if they give up early, they can relax.

— Some people want to decrease the chances of being expected to date or socialize. They see size as an opportunity to isolate.

— Some people worry that once they feel better about themselves, they will really notice when they are not being treated well.

— Some people miss a loved one who was overweight and has passed away. They believe that becoming slender would make them more distant from that loved one.

— Some people are concerned that working to lose weight will take time away from more important things.

— For some people, being large is quite common within their cultural or regional community. They worry that changing their own body might be viewed as rejecting the group or thinking they are superior.

— Some people have always been overweight and wonder if that’s simply what’s meant to be for their lifetime.

— For some people, size has gotten them out of doing things they never wanted to do in the first place; their size serves a purpose.

— Some people are aware that being overweight may shorten their life, but privately that’s what they wish for.

— Some people think success [of any kind] is showy or egotistical.

— Some people fear that success with their health in adulthood will make them more aware of missed opportunities across their life: a career they didn’t pursue, not having children when they could, not buying a place when the neighborhood was affordable, etc.

— For some people, body image and weight loss have been a theme for years; practically their hobby. Completing a goal might feel like a loss.

— Some people are happier with ongoing challenge and activity. Success feels dull, like an ending.

After brainstorming, ask the client if any of these possibilities ring true for them. If so, they may choose to focus attention there. If not, the client still benefits from observing how we go about increasing self-awareness. Hearing that long list of underlying fears that don’t apply to them is a sort of empathy exercise for clients, as well.

Consider creating the interpretation list in collaboration with clients. Alternate naming “a possible reason for your hesitation” back and forth, between you. There’s good potential for a productive collaboration, provided therapist orientation and client characteristics support this choice.

In the weight loss example above, one surely detects elements of diverse theoretical orientations. Not all therapists would be inclined towards a shared exercise with clients, though. Some clinicians prefer to leave more open-ended space for patient discovery. Other therapists prefer to provide more guidance, offering interpretations themselves. I suspect that the key therapist dimension is degree to which they believe insight is essential, and not theoretical orientation, per se.

As for client characteristics, those who are psychologically-minded would have an easier time generating hypotheses about unconscious fears than those who are concrete, of course. But do we go only with a client’s strengths or also with their challenges? Clients with an external locus of control may not seek individual motives. Do we show more respect by encouraging self-reflection or by setting interpretations aside? Subjective decisions, to be sure.

The impetus for this paper was a realization: unlocking just one insight about their ambivalence is the cornerstone for some clients getting unstuck. Patients are often hungry for insight, asking directly for help with this detective work and interpreting complex emotion is something we are trained to provide.

At a minimum, we can be confident that ambivalent feelings are tied to behavior outcomes. Connor and colleagues (2002) found that stronger ambivalence resulted in weaker connections between attitude and behavior. In other words, “feeling stuck” is a real thing and it may have consequences.

Quite interesting too is how ambivalent we may feel about life events that are assumed positive:

promotions, engagements and graduations. Financial windfalls and healthy babies. A good prognosis, a righteous verdict. Lives can be more bittersweet than they appear, our layers more complex than we reveal. We’re diverse in our experience of happiness, too. We worry about living the life we want at the same time that we worry about under-appreciating what we already have. Ambivalence is so rich an area for research and practice.

Whether clients contemplate changes of attitude or behavior, whether desires are fully public or fiercely private is immaterial. The opportunity for mental health professionals to improve client insight skills is a lovely application of the skills we ourselves have worked so hard to develop. 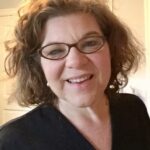 « Returning to Providing Psychotherapy In-Person During a Pandemic After Providing Online Services
Predicting Trainee Therapists’ Abilities with Letters of Recommendation Part 1 »
Society for the Advancement of Psychotherapy uses cookies to provide you with a great user experience. By using this website, you agree to the use of cookies on your device. SettingsACCEPT
Privacy & Cookies Policy