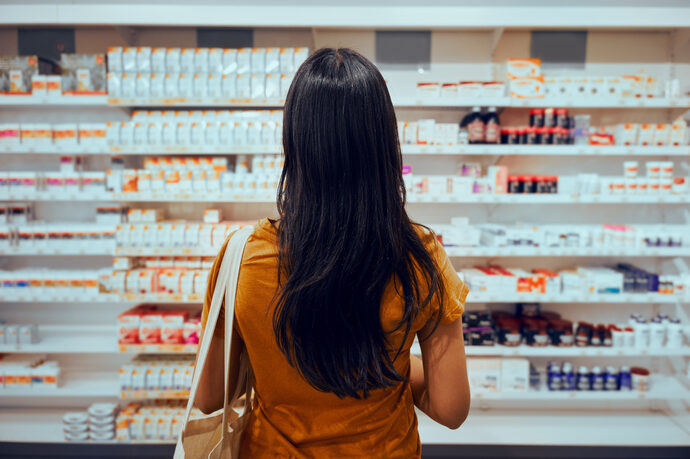 “I once did know a president. Away down south, in Texas”

Perhaps more than ever before, this Administration has highlighted for the nation the critical importance of mental and behavioral health. Last year, U.S. Public Health Surgeon General Vivek Murthy released his Advisory -- Protecting Youth Mental Health. “(T)he challenges today’s generation of young people face are unprecedented and uniquely hard to navigate. And the effect these challenges have had on their mental health is devastating…. It would be a tragedy if we beat back one public health crisis only to allow another to grow in its place…. If we seize this moment, step up for our children and their families in their moment of need, and lead with inclusion, kindness, and respect, we can lay the foundation for a healthier, more resilient, and more fulfilled nation.”

The U.S. House of Representatives often serves as an accurate barometer of society’s expectations and concerns. During their consideration of the Fiscal Year 2023 National Defense Authorization Act, the Committee with jurisdiction included several provisions addressing the mental and behavioral health needs of the military and their families. The Uniformed Services University (USU) was tasked with establishing graduate degree-granting programs in counseling and social work; the clinical psychology graduate program to be expanded; and, for the first time, including a pay-back requirement for civilians for a duration at least equivalent to the length of time they were enrolled. The House further directed the establishment of a curriculum and certification program to train civilian mental health professionals and students with the specialized knowledge to treat Service Members, Veterans, and their families. And, the Committee requested a briefing on the potential utilization of chaplain programs to reduce suicide and improve behavioral health care. The underlying policy question for psychology and for the other mental health disciplines is whether their educational leadership will affirmatively respond to today’s impressive and evolving societal need by significantly increasing their training capacity; perhaps, as Morgan Sammons and former APA President Ron Levant have proposed, by both increasing their class size and reducing the present length of training?

Beth Rom-Rymer: “In 2014, I was introduced to graduate students Diane Alexander and Molly Schnell who were doing groundbreaking research at the Center for Health and Wellbeing at the Princeton School of Public and International Affairs on the effect that advanced nurse practitioners, with independent prescriptive authority, would have on population health. Health economists found that in the states in which advanced nurse practitioners could independently prescribe, the suicide rate plummeted by a remarkable 12%. Reports of psychological disturbance symptomatology also decreased by 10%. Their research has been published and cited widely, most recently in the Journal of Health Economics.

This research has significant import for the impact that licensed prescribing psychologists could have on the frighteningly high suicide rate and opioid addiction epidemic in the United States today. To specifically measure this potential impact, the Illinois Association of Prescribing Psychologists, with Leila Ellis-Nelson as Principal Investigator, and with support from APA’s Health and Healthcare Financing Office, has undertaken an extensive research program, nationwide, to assess the effectiveness of licensed prescribing psychologists, as reported by their patients; from psychologist self-report; and from a review of treatment outcomes. Learning from population and clinical research can well inform today’s extraordinary, licensed clinical and prescribing psychologists, as they pursue excellence in their life’s work, dedicated to their patients.”

It has always been our view that competent clinicians should strive to develop as comprehensive a “tool box” as possible in order to effectively address the unique and personal needs of their clients. When we first began serving on the U.S. Senate staff, Senator Inouye attempted to ensure that the Department of Defense CHAMPUS program would reimburse for biofeedback services. Unfortunately, the week of the Appropriations Committee “mark-up” the cover of one of the popular media magazines featured a biofeedback patient with a magnitude of wires attached to his head. Not surprisingly, the Committee Members found it difficult to embrace this service. Over the years, we enjoyed working closely with Francine Butler, CEO of the Biofeedback Society, now the Association for Applied Psychophysiology and Biofeedback (AAPB).

Francine: “I had the pleasure of attending the 50th anniversary meeting of AAPB two years ago. What an exceptional opportunity as I had been with the organization since its inception. It grew rapidly from ‘way out’ and New Age flowing robes to a modality that today provides treatment in many stress-related disorders from pain to incontinence and other clinical disorders. Credentialing has grown from offering one general biofeedback certification to four, adding Neurofeedback, Pelvic Muscle Dysfunction and Heart Rate Variability. Insurance coverage is improved but still provides challenges. Once used as the stereotype ‘mind-body training,’ long time practitioner Robert Whitehouse explains ‘I prefer to describe it’s use as normalizing and optimizing physiology and mind-body function.’ One can only imagine what the next decade will bring.”

For more than a decade, Shirley Higuchi has been bringing to APA’s attention the most unfortunate internment experiences of Japanese Americans during World War II and its potential implications for our nation today. As children, Shirley’s parents had been interned at Heart Mountain. Following her mother’s wishes, she has worked tirelessly to memorialize the incarceration for many of us in the APA governance at this now National Historical Landmark. In 2011, APA President Melba Vasquez personally participated in the opening of its Interpretative Learning Center. APA CEO Arthur Evans and his wife and separately my wife and I visited Heart Mountain at later dates – finding it most impressive and deeply moving.

Melba: “The dedication of the Heart Mountain Interactional Learning Center was an inspirational three days. Tom Brokaw delivered a wonderful talk on Friday night of the event. Former Republican U.S. Senator Alan Simpson and former Democratic Secretary of Commerce and then Secretary of Transportation Norm Mineta spoke together Saturday morning during the dedication. They shared an amazing story about how Norm Mineta, a 12 year-old-Japanese Boy Scout interred at the Heart Mountain concentration camp, and Alan Simpson, a Boy Scout in Cody near there, met when the two Boy Scout troops got together for competitions (after some tough negotiations from the Boy Scout leaders). The two met again decades later, when each was in the Senate and House of Representatives and cosponsored the bill that provided retribution for Japanese Americans, signed by Ronald Reagan in 1988; and a letter of apology, signed two years later by George Bush in 1990. The two men, Simpson and Mineta, truly loved each other. Their talk made us all laugh and cry. Then Hawaii Senator Daniel Inouye also spoke and gave an amazing story about how he left Hawaii to go to war for the United States, where he lost his right arm. Then he returned to the United States where he was treated so badly. My spouse Jim and I felt extremely touched and transformed by the experiences of the dedication over that three day period. It was one of the most powerful experiences of my APA Presidency, and I felt so fortunate to have participated.”

On June 13, 2022, Shirley was part of a small select group of Asian American leaders invited by President Biden for the signing of HR 3525, legislation that authorized a Commission to study the creation of an Asian American History Museum. She attended in her role as the Chair of the Heart Mountain Wyoming Foundation, which operates a museum on the site of the concentration camp for Asian Americans where her parents met during World War II. Her latest mission is the creation of the Mineta-Simpson Institute, which honors the lives and careers of Secretary Norman Mineta and Senator Simpson, who first met as Boy Scouts at Heart Mountain in 1943.

“I was very pleased by President Biden’s commitment to telling the accurate history of the contributions made by Asian Americans, Native Hawaiians and Pacific Islanders to the United States. For too long, that history has either been distorted or ignored, and the wave of anti-Asian attacks following the COVID outbreak makes it even more important to detail the impact made by these communities to the United State.” Shirley noted that those of us from Hawaii should especially appreciate the President’s heartfelt comments regarding his good friend Senator Daniel K. Inouye, who, in 1987, chaired the President’s first Presidential campaign.

Earlier this year. Cheryl Hall informed us that her beloved Texas colleague Floyd L. Jennings had passed away. Floyd was authorized, along with his Nurse Practitioner-Mental Health Practitioners, under a “standing order,” by the Santa Fe Indian Hospital (USPHS-Indian Health Service) bylaws to prescribe psychotropic medications (March, 1986). As he described during one of our USU Policy seminars, this was not a clinical responsibility he had sought. When he asked the IHS medical director “why?” he was informed: “Because there is a need and we have been unsuccessful in securing psychiatric consultants to the tribal communities,” When he shared this IHS development with the New Mexico Psychological Association Ethics Committee, they responded “It appears from your statements that you are practicing within relevant APA ethical principles in your employment by the Indian Health Service. The Ethics Committee, however, believes it is unable to make a definitive statement about the ethics of psychologists, or any particular psychologist, prescribing medications because psychology has not adopted any standards of education or practice as reference criteria.”

During Floyd’s tenure he had some 378 patient contacts, only 95 of which involved prescription of psychotropic agents; 46% of these contacts were on an inpatient basis. There were no serious side effects requiring medical interventions – medical consultation was common. “I must add, however, that I did spend some time attempting to alleviate problems caused by less than appropriate treatment by my physician colleagues.”

We worked closely with Floyd, through the Senate Select Committee on Indian Affairs, and assured him that the Director of the IHS and its General Counsel were appraised of his actions. As his contributions became increasingly public, the IHS Medical Director received approximately 5,000 complaints from psychiatric colleagues – informing me that some of these were from his grammar school classmates. To place Floyd’s vision in context, the first two DOD prescribing psychologists, Morgan Sammons and John Sexton, graduated from their training program in June, 1994. Our sincerest appreciation to Floyd L. Jennings who truly paved the way for psychology’s prescribing future. “The eyes of Texas are upon you, ‘Till Gabriel blows his horn” (Hank Thompson).