Why We Joined Division 29, the Society for the Advancement of Psychotherapy (SAP)

Clinical Impact Statement: In the coming months, SAP will be surveying members of the Division to find out more about why individuals have chosen to join, what keeps them involved, and what member benefits would increase their commitment to and satisfaction with the Division. In anticipation of this, the Membership Domain Representative, Committee Chair, and Committee Member reflected on those questions and offer their perspectives below.

In the coming months, SAP will be surveying members of the Division to find out more about why individuals have chosen to join, what keeps them involved, and what member benefits would increase their commitment to and satisfaction with the Division. In anticipation of this, the Membership Domain Representative, Committee Chair, and Committee Member reflected on those questions and offer their perspectives below.

I found my way to APA's Division 29 (known then as the Division of Psychotherapy and now the Society for the Advancement of Psychotherapy) relatively late in my professional career. I had been working in higher education for about 20 years, and I was on a listserv through NCSPP (National Council of Schools and Programs in Professional Psychology). The listserv periodically carried announcements of various opportunities. One day an email arrived indicating that Division 29 was looking for a Committee Chair for its Education and Training Committee (ETC). Given that I was (and still am) a full time professor in a PsyD program educating psychotherapists and was/am a licensed psychologist in a part time private practice, I was intrigued by both the Division and the ETC. I volunteered to chair the committee and joined Division 29.

I had been involved in some of the evolution of competency-based education through NCSPP prior to joining Division 29, and the NCSPP model of education and training was used in the creation of the PsyD program that I teach in. In the course of chairing the ETC and sharing information about competency-based PsyD programs, I discovered that psychotherapists trained in practitioner-oriented PsyD programs were underrepresented in Division 29. I eventually became involved in the Membership Committee and have a particular desire to increase the number of Division 29 members trained in PsyD programs as we reach out to all psychotherapists to join us.

Division 29 is a wonderful professional home for practitioners of psychotherapy because practice is equally valued with science and teaching of psychotherapy. This inclusiveness and equanimity is not always present among mental health professionals. I personally attribute this equity to the relationally-oriented nature of the members themselves. I have felt not only welcomed, but embraced by them from my first interactions. The motto of Division 29, “Be connected!” Is a truly lived motto among its members.

I joined APA as a late-stage graduate student and joined divisions that seemed relevant to my interests: Women, Peace, and Psychotherapy. I was not sure how APA worked or what the Divisions actually did, but I enjoyed reading the journals. I considered the Division of Clinical Psychology but stayed with Psychotherapy since I went on to become a full-time practitioner.

I ran for APA’s Council of Representatives as the Representative of my State Psychological Association, and I didn’t know how Council worked until I attended my first meeting. Fortunately, APA had thought to provide an orientation for the cohort of new Representatives, allowing us to meet people and get to know them a little before plunging into the parliamentary (and argumentative) world of over 160 psychologists. There was also a mentoring system, and I was assigned to Cindy Sturm who helped me enormously and remains a good friend and fellow chocolate-lover. My seat neighbor on the other side was Jennifer Kelly, another strong leader who gave me guidance and helped me understand what was going on. Without these relationships, it would have been overwhelming.

I attended the various caucuses (what were they?!) and met other psychologists working together to pursue their interests and agendas within the massive structure of APA. Many of the people I was drawn to in these meetings were psychologists whose work I had been following in the Psychotherapy journal and were members of Division 29—Psychotherapy. I felt connected. A fond memory of the Psychotherapy Caucus was of Linda Campbell honoring Jeff Barnett for one or more of his outstanding achievements with a life-size cutout figure of Jeff. Linda was so sharp, dry and witty; I know she could have had a career in stand-up comedy if she had not chosen Psychotherapy.

And so later when I read in the Bulletin that Division 29 was looking for people to run for positions as Domain Representatives on the Board, I put my name in for the Public Policy and Social Justice area. Showing up for my first meeting, I was happy to see familiar faces I had come to know through Council or other Committee work—Armand Cerbone, Nadine Kaslow, Norine Johnson, Jeffrey Magnavita, Jeffrey Younggren (so many Jeffs…), among others. I met new people too—Sheena Demery, Barbara Thompson, Caryn Rodgers, Jeff Zimmerman (another Jeff) and many more each year. It was a friendly, warm group spurred along by the indomitable Tracey Martin, our Administrator.

I have remained connected to this group and feel that I have true friends here. Working in smaller group formats on projects like our current membership initiative with Jean Birbilis and Barbara Thompson has deepened those relationships and made for enjoyable interactions in between Board meetings.

I became a member many years ago because when I read the mission of the Division of Psychotherapy, as it was called then, it fit how I most identified with the APA and psychologists. Although the majority of my work life has been focused on providing clinical care, I have also maintained participation in psychotherapy research projects, regularly attended the Society for Psychotherapy Research and been an adjunct, supervising students through my alumni university as well as teaching at several other universities training counselors and psychologists. There is no other Division in the APA that ticks all of these boxes so well.

I was a somewhat silent member of the Division and just enjoying the quarterly Bulletin reports and issues of Psychotherapy. Then, about nine years ago I was approached by a fellow alumni of my Counseling Program, Libby Nutt-Williams, who was president elect of the Division, to be a Chair of one of the committees of the Division (Professional Practice). The following year I was elected to a board position as Domain Representative which I held until the end of 2018.

My commitment to and interest in the Division has only increased since actively being part of the Board. I am reassured and inspired by the other individuals serving on the Board, the various projects the Board takes on, the Board’s sensitivity to issues of diversity and inclusion, and the desire to promote psychotherapy on the three fronts of practice, scholarship, and education/training. In my involvement, I have actively worked to involve other like-minded therapists in the Division. This includes seasoned therapists like myself, early career, mid career, and students. My wish for the Division is that it had more presence in the therapy world. I am not sure how helpful others know the website can be in terms of providing much clinical information. I have always been impressed by the knowledge and expertise of the members of our Division and would like to figure out a way to share more of that knowledge and expertise.

The three of us hope that you will share your story of joining SAP with us. Perhaps you'll submit it to the Bulletin . . . ? 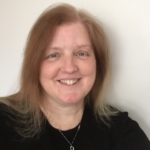 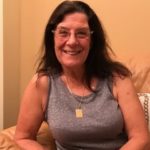 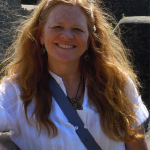