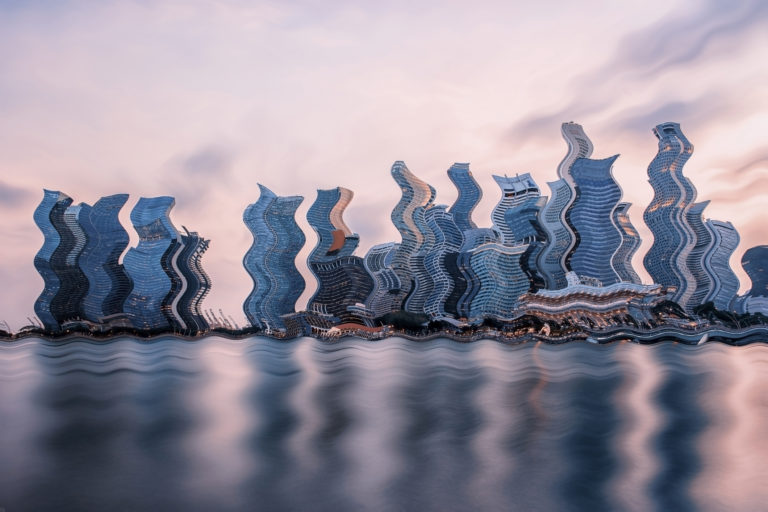 There are three basic cognitive distortions related to the notion of “living in the moment” or “being present-centered” that surface as a result of the popular culture embracing the value of mindfulness (Hendlin, 2017). I want to briefly describe them, indicating what makes them distortions, or misunderstandings, of the most dynamic and meaningful form of being present-centered.

One contributor to distorted thinking about present-centeredness relates to a form of focusing meditative practice (from the Zen tradition) in which one is instructed to bring attention back to the present each time it wanders from the breath. This practice, although useful for noticing how easily the mind may lose concentration, may become confused with working with one’s attention outside of formal meditation. That is, one thinks one should not allow normal attention to go into the past or future but should be brought back to the present, just as one is instructed during the focusing practice. But this, as well as other misunderstandings, contribute to distortions that need to be identified.

Not Honoring Memory or Past Experience

In this distortion, one focuses attention on staying in the present by primarily concentrating on immediate sense experience, tending to devalue and avoid attention to one’s past. Past experience is not viewed as useful or necessary as an avenue for understanding present mental conditioning or behavior. Aside from those who actively embrace the “Be here now” philosophy and practice meditation, the psychotherapist generally confronts this distortion with new patients who begin psychotherapy with little or no understanding of how their past thinking and behavior condition their present. They are simply untrained to connect past to present in a meaningful manner. Or they may purposely choose to minimize the influence of their past on their presenting problems. They tend to favor focusing on current issues and are looking for practical solutions to them. Psychodynamic thinking does not go very far with them—at least until they begin to connect how past events are related to present ones.

Elements relating to the past, such as psycho-social developmental stages, breaches in attachment by parents and caregivers, and various life passages and milestones are minimized. They are viewed as having little value in understanding one’s current attitudes, preferences, or beliefs. The patient may exhibit a lack of interest in talking about his past and dismisses the power of memories and past experiences as a source of enhancing ego-strength, object constancy, character formation, and self-cohesion.

Whether due to early psychic/emotional trauma, chronic resentment, material deprivation that needs to be suppressed or repressed, new age philosophy, or simply a lack of understanding of how past experiences condition present personality development and behavior, this distortion colors the past with disregard and even distain. Those who devalue memory and the past believe what is more important is the immediacy of their present experience. The present moment trumps all else. And, of course, it does. But just not in the distorted way they think it does. Instead of honoring memory and past experience as crucial to the arrow of time and meaning-making, they artificially sever the arrow and focus exclusively on the present. They may view all memories as artificially constructed, biased and fragmented by the mind over time, and believe the only thing they can really trust is what comes through their senses in the here and now.

If you ask those who harbor this distain their objection to remembering past experience or why they don’t like to think about it, they may say that they don’t want to be burdened or limited by their early development. They may feel like the past shackles them to self-concepts that are no longer whom they want to identify with today. If you probe further as to why they don’t want to “cherish” memories, they may tell you they don’t recall enough good memories to spend time reminiscing about them. And they suspect that their good memories have little mental separation from their bad ones.

It is common knowledge that “collecting” positive experiences (and coping with negative ones) through the life journey, later to be reflected on fondly as memories— is one of the popularly viewed primary confirmations of a robustly lived life. The trans-cultural obsession with preserving every day and special experiences with photos and videos taken with cell phones makes capturing and cataloguing our ongoing flow of life experience easy to do. It makes it less imperative that we call up these experiences as memories, since we may easily access our digital media archive, rather than depend on memory alone to preserve our experiences. And, of course, the digital photos or videos help us stay true to the actual events as they were, rather than as we may distort them through memory to be what we wish them to be.

As we mature and move into the later phases of life, our memories of places visited, career accomplishments, social events, developmental passages of self and family, special occasions, and our recollection of past states become the stuff of having known we have lived. We are not just thrown into the existential present. Instead, we depend upon a psychological structural foundation based on the past to cope with the present. We use this foundation, built through our memories, to help make our lives more meaningful. We do this by constructing a coherent narrative of our past flowing into our present and moving into the future. In other words, we use memories to help construct a cohesive continuity of the self and the world over time. And we hope to learn from our past mistakes rather than repeat them in the present. For those who distort being present-centered by ignoring the past and devaluing memory, there is no under-standing (to “stand under” is to hold up or support) or appreciation of this.

Not Honoring Imagination or Planning for the Future

Just as avoidance of memory and the past may distort the meaning of being present-centered, so too does avoidance of imagining and planning for the future. Staying in the present may be used consciously or unconsciously as an unwillingness to imagine various paths and possibilities, set goals and take concrete steps in achieving them. It may also be used to avoid evaluating past decisions, admitting that conditions have changed, and making new decisions to get un-stuck and move forward.

For example, a patient in his thirties came to me because he read articles online I had written about meditation. He claimed to have gained from his meditation practice but upon initial inquiry, possessed only a beginner’s understanding of what practice was all about. He was consulting me while visiting family during a vacation period. But he was living in a European country, where he’d been working for the last few years. He had moved to Europe to pursue what he thought was a dream opportunity in his professional field.

While having developed a local group of work friends and enjoying aspects of the café life-style, he became more convinced over the last couple of years that this job was not going to turn into the unlimited opportunity he had hoped. He could see upward promotion and salary were limited, and that his creativity was being thwarted. To top it off, he was breaking up with a girlfriend who resided in the city where he worked. He wanted help deciding whether to move back home and find a new job that would be more stimulating and satisfying.

When I asked why it took years for him to realize that he was dissatisfied in his job and living in Europe, he told me he, “tried to live in the present,” and avoid thinking much about his job dissatisfaction. By actively avoiding evaluating his feelings, he had successfully put off allowing his unhappiness to become strong enough to have to admit he had stayed in the job too long. For him, “living in the present,” became a convenient (but distorted) rationale, allowing him to postpone a decision that might lead him to feel he had failed. Despite being warned by his friends not to leave the well-paying job to pursue his dream, he chose to give up the job, get re-trained in a new career, and then move far away to follow his childhood dream. Giving up the dream meant to him he had made a “mistake” by not heeding the advice of his friends not to leave his previous career.

Part of him knew it was time to move on but he needed clarity that changing his mind and returning home didn’t have to be equated to “failing” to actualize his dream. He needed to reframe to see he had not failed at all. In fact, he had pursued his dream, just not with the exact outcome he had imagined. Avoidance of thinking about his ongoing dissatisfaction was facilitated by refusing to think about what he really wanted for himself in his future and by telling himself he was “living in the present.” While this cognitive distortion temporarily enabled him to cope with dissatisfaction, it didn’t help him get unstuck.

Imprisoned in the Present

If the first two distortions are related to misunderstanding and misapplying the fluid nature of the mind to move along the arrow of time, the third distortion is even more constricted. It relates to being “imprisoned” in the present with no choice for escape. This fixed position may be the result of traumatic brain injury or the neurological deterioration seen in dementia, especially Alzheimer’s disease.

If one is incapable of remembering the past or imagining the future, I think it is a distortion of the true meaning of  “living in the present” to apply it when there is no choice but to suffer a skeleton present. It is a present lacking in quality and depth, riddled with unrelenting confusion and befuddlement. It is a forced, one-dimensional present, without the textured ability to remember the past or imagine the future.

In his presentation during a workshop on cognitive diseases related to aging, a neuro-psychologist made a passing comment. He claimed that victims of Alzheimer’s—despite their obvious limitations— were at least attaining what the Eastern sages worked so hard to achieve, that is, consistently living in the present moment. I interrupted him, saying this was not what Eastern philosophy had in mind by “living in the present.” In Eastern thinking, the art and skill of resting in the present assumes one has conquered the struggle with the incessantly chattering “monkey mind” that darts from past to present to future in a scattered, sometimes obsessive, and often undisciplined manner.

In the case of brain disorder, being lost in the present is not an attained skill nor a determined achievement. I pointed out that the essential integrity of being present-centered includes feeling at ease, in a relaxed yet mindful manner. I contrasted this with the befuddled, disconnected, and disoriented present that appears to be the state of those afflicted with degenerative brain disorders, like Alzheimer’s.

Three cognitive distortions of being present-centered have been contrasted with the full experience of applying conscious attention, which includes embracing and utilizing all aspects of the brain and mind, including memory and imagination. Any distortions that diminish the fluidity and depth of riding the arrow of time from past to present to future are unworthy of accurately being labeled living in the present. Resting securely in the present, while always retaining and enjoying the creative ability to remember the past and imagine the future, should not be confused with or distorted by avoidance or artificial restriction. Only then, I suggest, does it make much sense to talk about living in the moment.

Hendlin, S. J. (2017). Meditation and the mindfulness trend in psychotherapy: Reflections through the prism of a 50-year meditator. Psychotherapy Bulletin, 51(3), 34-43.

Am I a Person-Centered Therapist? 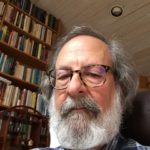