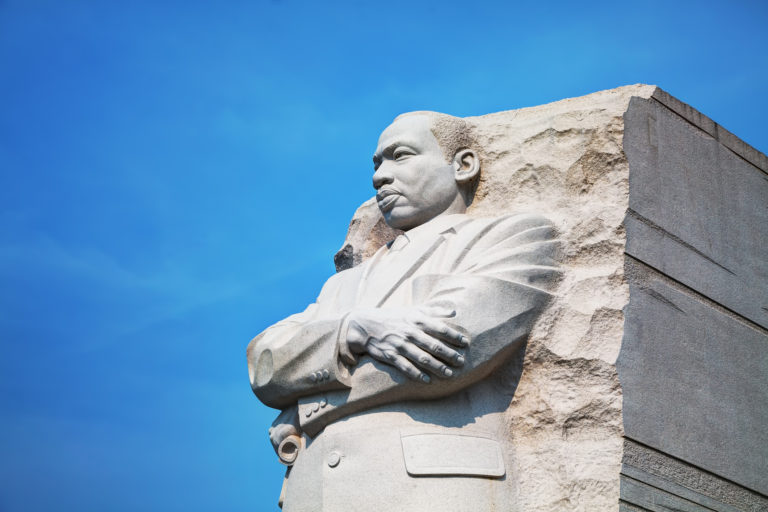 Clinical Impact Statement:In September 1967, Dr. Martin Luther King, Jr., provided an address at the APA Convention summoning social scientists to be involved in the Civils Rights movement—noting the field’s focus on “maladjustment.” The article reflects on this address to examine the ethics in cultural competence. Definitions of intersectionality, cultural competence, and cultural humility are provided, and the integration of these concepts into professional psychology practice as a lifelong commitment to being other-oriented and engagement in one’s own self-reflective practice in relation to multiculturalism is addressed. Lastly, future directions, such as embedding cultural humility into continuing education, are discussed.

April 4, 2018, marked the 50th anniversary of the assassination of Dr. Martin Luther King, Jr., in Memphis, Tennessee. One of the nation’s most prominent civil rights advocates and leaders left a long-lasting impact on the world with his messages of civil disobedience and social change. His legacy prevails as society continues to strive towards equality across sociodemographic categories.

In September 1967, Dr. King provided an address at the American Psychological Association (APA) Convention summoning social scientists to be involved in the Civil Rights Movement (King, 1968). He believed social science was a domain which sought answers and truth in addressing social problems. His address acknowledged the need to avoid economic discrimination, religious bigotry, and racial discrimination. Though the term had yet to be formally coined—Dr. King’s ideology that was quite intersectional in nature.

Providing culturally competent care is one of the major competencies and values within psychology. Cultural competence is embedded throughout our ethical guidelines. In reviewing the APA’s Ethical Principles of Psychologists and Code of Conduct (Code of Ethics; APA, 2017a), Principle E (Respect for People’s Rights and Dignity) addresses the importance of respect to client’s individual and cultural differences. The code reads:

Psychologists are aware of and respect cultural, individual, and role differences, including those based on age, gender, gender identity, race, ethnicity, culture, national origin, religion, sexual orientation, disability, language, socioeconomic status, and consider these factors when working with members of such groups. (p. 4)

Additionally, psychologists should aspire to eliminate their biases related to the identified factors. Currently, there is much dialogue occurring regarding implicit biases within the scientific community and public. Practicing psychologists should continue to use the extant literature to engage in their own self-analysis of prejudice and bias.

In addition to the APA Code of Conduct, the APA recently released the updated version of the Multicultural Guidelines (APA, 2017b), which provides further insight into how to engage in culturally-sensitive practice. The update was warranted given the “need to reconsider diversity and multicultural practice within professional psychology at a different period in time, with intersectionality as its primary purview” (APA, 2017b, p. 6). Intersectional theory evolved from Black scholar-activists identifying the complexities of intersecting identities among Black women and their experiences in social contexts (see Collins, 1990; Crenshaw, 1989). APA’s definition of intersectionality “incorporates the vast array of cultural, structural, sociobiological, economic, and social contexts by which individuals are shaped and with which they identify” (APA, 2017b, p. 19). This definition provides a broad lens of both the visible and invisible identities a person maintains. Indeed, the Multicultural Guidelines cite identity as being shaped by “cultural influences including age, generation, gender, ethnicity, race religion, spirituality, language, sexual orientation, gender identity, social class, ability/disability status, national origin, immigration status, and historical as well as ongoing experiences of marginalization, among other variables” (APA, 2017b, p. 8).

Another aspect of examining work from an intersectional framework is a psychologist’s understanding of self and personal intersecting identities, as well as the intersecting identities of their clients. The Multicultural Guidelines note this self-disclosing and exploring of identities of both parties requires vulnerability, which is why some clinicians may shy away from having important conversations about how their own identities and the identities of their clients contribute to their therapeutic relationships and working alliances. Given the salience of intersectionality for both members of the therapeutic dyad, it is important for clinicians to incorporate this framework early in their work with clients.

Even within psychotherapy, concerns regarding cultural competence still emerge. In the most recent issue of Psychotherapy Bulletin (52.4), Williams, Shamp, and Harris (2017) described how microaggressions can crop up in psychotherapy, indicating a continued need for reflective practice amongst clinicians. Although some have argued for the rewording of the term “microaggression” (Lilienfeld, 2017), the perception of discrimination in the psychotherapy context remains. With existing barriers to care and stigma surrounding mental health access, psychologists must both acknowledge and address their biases as they arise.

Intersectional approaches to research are largely absent. Despite awareness of these important aspects of identity, how frequently are multiple social, personal, and demographic factors evaluated in peer-reviewed research? Researchers note psychologists have historically been slow to incorporate an intersectional perspective in research because there are no established guidelines (Cole, 2009). Too often researchers note the lack of ecological validity of their research to representative samples in their study’s limitations. Reliance on convenience samples result in much research being conducted on dominant groups, limiting the applicability to marginalized populations. What can researchers do to alleviate this approach? Cole (2009) poses three questions that should be addressed when applying an intersectional conceptualization in their research:

Although the absence of an intersectional framework in research might be unintentional, the perception of bias can remain. A component of providing ethical and competent care is addressing our limitations, even when unintentional, and identify the root of such biases. “Discrimination explains a great deal, but not everything” (King, 1968, p. 183).

Many models of multicultural competence have primarily emphasized three components:

Though each component is important in conceptualization, there is often an assumption of mastery. Rather than a focus on achieving cultural competence, discourse has shifted to cultural humility. In psychology, cultural humility has been defined as the “ability to maintain an interpersonal stance that is other-oriented (or open to the other) in relation to aspects of cultural identity that are most important to the client” (Hook, Davis, Owen, Worthington, & Utsey, 2013, p. 354). Hook and colleagues note that culturally humble therapists “rarely assume competence,” but rather strive to understand the client’s intersecting identities and how those identities affect the therapeutic alliance. Cultural humility is a lifelong process of self-exploration and openness of understanding others. Thus, some theorists have added cultural humility as a component of multicultural orientation (Owen, 2013). Dr. King stated, “For social scientists, the opportunity to serve in a life-giving purpose is a humanist challenge of rare distinction... Social scientists, in the main, are fortunate to be able to extirpate evil, not to invent it” (King, 1968, p. 180).

One goal remains improving undergraduate and graduate training in multiculturalism. There is continued concern that mental health practitioners are trained in theories with a Eurocentric, heteronormative bias (Burnes, Singh, & Witherspoon, 2017; Mindrup, Spray, & Lamberghini-West, 2011). Further, Section 7.03 (Accuracy in Teaching) of the APA Code of Ethics emphasizes the importance of presenting “psychological information accurately” in teaching and training (APA, 2017a, p. 9). However, there is a tendency to avoid “taboo” topics in training programs, despite many of these topics having importance in the lives of our clients. For example, in a study of 25 counseling psychology doctoral programs, only 16% reported offering a course on human sexuality—all but one offering it as an elective (Burnes et al., 2017). Additionally, four programs covered sexuality only on an as-needed basis in practicum supervision.

Similarly, although many clients endorse religion and spirituality as being an important aspect in their lives, a survey of 340 psychologists assessing attitudes toward inclusion of spirituality and religion in graduate education revealed that 65% took the position that spiritual and religious issues should be included in graduate training (Crook-Lyon et al., 2012). What about the other 35%? In order to fully embrace an intersectional framework and provide culturally-sensitive practices, all facets of a person’s identity need to be addressed.

As we reflect on the words and teachings of Dr. Martin Luther King, Jr., and honor his APA address to social scientists, we must also reflect on our own limits in understanding of self and others in a culturally humble stance. Incorporating an intersectional framework into all components of professional practice—therapy, assessment, research, training and supervision, and consultation—is a much-needed perspective in cultural humility. His address ended with:

Dr. King’s address should continue to facilitate dialogue on areas of growth within professional psychology training and practice. While acknowledging social science has not found all the answers to social change, Dr. King believed social science could address some based on psychological principles of behavior change—including our own.

American Psychological Association. (2017a). Ethical principles of psychologists and code of conduct. Retrieved from http://www.apa.org/ethics/code/

Culture in Psychotherapy Practice and Research