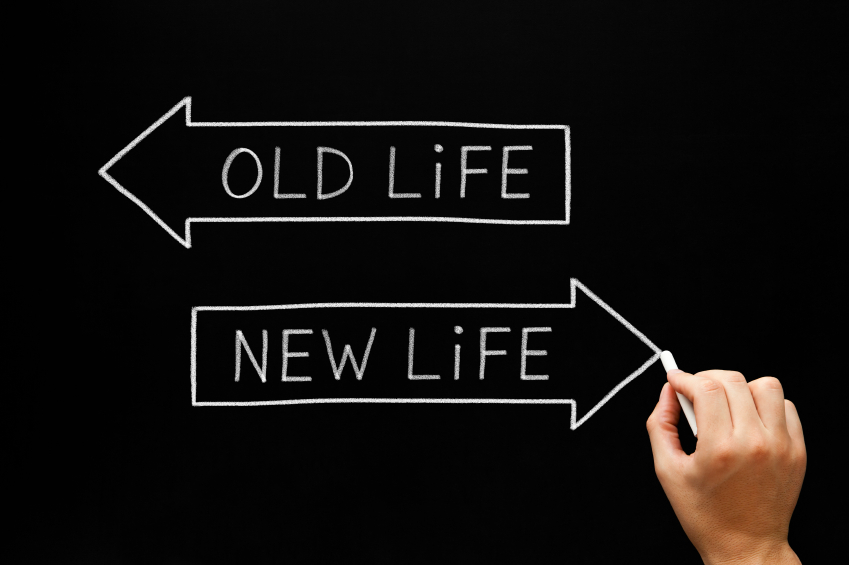 Stuck in the Middle

Transitioning From Early-Career to Mid-Career Psychologist

As the oldest child in my family, I do not have a lot of experience with what it is like to be in the middle. However, as I transition from an early-career to mid-career psychologist, I find that I am quickly learning. Whether the middle child or a mid-career psychologist, you are no longer the “baby” who is free to make mistakes and learn, applauded for every novel effort, nor are you the older, high-achieving, responsible, and admired “sibling.” Rather, you now occupy a relatively undefined and amorphous transitional space. Until recently, I never gave much thought to what it is like to be in the middle of anything. Now, as I prepare to welcome our second child into our family of all oldest children, while simultaneously preparing myself to enter into what they call mid-career status, I keep asking: What is it like to be stuck in the middle?

The experience of what it is like to be a mid-career psychologist is largely a black-hole to me and I cannot help but wonder if this is partly due to my oldest child status and partly because, as a collective, we tend to gloss over those in the middle and focus on those on the extremes (i.e., the very new to the profession and the very successful and established). However, now that I am personally inching away from the extremes to the middle of the career status continuum, I am acutely aware that more dialogue is needed on how to transition from early-career to mid-career status and what one is supposed to do when stuck in the middle.

From my limited experience, I have found that the transition from early-career to mid-career psychologist has several defining challenges or developmental tasks: Turning inward, asserting one’s power, dealing with success and competition, balancing freedom and responsibility, and defining one’s future.

Turning Inward: Defining the Professional Self on One’s Own Terms

For the past seven years, I have been running the tenure track, right up to the finish line, where I was at last awarded with rank and tenure. Throughout the race, I tried not to get distracted by the voices from the sidelines, all with their own ideas and opinions of me and my work. The secret to winning a race is to keep your eye on the finish line in the face of the many distractions along the way. For me, the finish line always represented producing personally meaningful work of which I felt proud. That said, when you are on the tenure track you are constantly being evaluated by others—some of whom have your best interest at heart and some of whom have their own personal agendas, but all of whom have power over you and your future. The evaluation process naturally pulls you to look to others for approval, acceptance, and even self –definition (Q: Who am I? A: I am the person you want me to be to get tenure!). Looking outside the self for approval and self-direction is not unique to tenure-track academics, but likely in any situation in which we feel new and vulnerable, and certainly common among early-career psychologists in a variety of professional settings. When you are an early-career psychologist, it is hard not to feel tension (real or imagined) between the pressure to please others and the need to be true to one’s self.

Now that I am transitioning from early- to middle-career status, I find it easier to look within myself for approval and self-definition. It’s not that I have stopped caring about what others think of me and my work; I’m just tired of thinking about it so much. I define who I am professionally, and, at the end of the day, I need to approve of the work that I do and the direction I take. There is a sort of existential crisis (in the best sense) when one transitions from looking outward for direction and approval to within the self, but, if successfully resolved, the mid-career psychologist has earned a clearer, internally derived and directed sense of professional identity and self-confidence.

As an early career psychologist, it is easy to feel as if you do not possess much power. Your confidence vacillates. You’re constantly being evaluated on the job. It’s hard to speak up in a group of more experienced colleagues. It’s generally hard to find your voice and project it. An important internal shift when transitioning from early career to mid-career status is the ability to recognize and assert one’s power. Power is self-confidence. It is knowing one’s worth. It is knowing your mind and speaking it when it feels important to do so. Power is looking out for those around you with less power. Power is knowing that once in a while it is okay to hold on to your own toys. This is a struggle for me, but every day I get a little bit closer to that Lego pirate boat (that, for the record, I was never allowed to play with).

Dealing With Success and Competition

Please do not stop reading when I use the word “Oedipal,” because there is in fact something “Oedipal-ish” that can occur when, as you progress from early to mid-career, you achieve a little bit of professional success and become the recipient of unwanted envy. When you are new to the field, you generally do not pose much of a threat to those around you. You start out with a shorter vitae and are generally more dependent and deferential. Then, you slowly start to build up your vitae, your professional reputation, and your self-confidence and autonomy. To some, albeit perhaps a select few, your success will ignite their feelings of competition, as they fear you will take their place or surpass them. Most people in our field, I believe, genuinely want to mentor the next generation of psychologists and are secure enough to be happy for whatever success a relative newcomer achieves. However, it was a shock to me to learn that there are those who, consciously or not, will suddenly direct hostile feelings your way as you slowly start to advance your career. I reluctantly admit that my personal reaction to competition and envy is to feel guilty and to downplay my accomplishments, something I am trying to stop and replace with some “healthy narcissism.” Perhaps part of the transition from early to mid-career involves learning to deal with the “successes” we have accrued and the competitive feelings that these “successes” sometimes stir in others. As Erikson (1950) might say, are we going to gain a sense of industry from successfully undertaking new initiatives or a sense of inferiority and guilt over our capabilities?

Balancing Freedom and Responsibility: Taking Risks vs. Playing It Safe

Now that I have tenure and am slowly transitioning to the next stage of my career, I have more freedom to take risks. I have never been one to shy away from a risky project (those are usually the most interesting kinds); yet, earlier on in one’s career, there is typically more pressure to play it safe in one’s professional endeavors. For me, as an early career academic, the pressure was to take on more safe research projects that had a better chance of leading to publication. For some of my colleagues in private practice, the pressure early on was to take on the “safer” clients for fear of not being able to help the more challenging patients. As early-career psychologists transition to mid-career status, we feel more comfortable taking on those risky research projects or those more “challenging” patients. However, with this newfound freedom to take more risks comes a sense of increased responsibility. I am now freer to make my own choices and I feel an increased responsibility to choose wisely and not squander the opportunity. I also feel more responsibility to my collaborators, students, and funders to produce quality work.

While my youngest brother and I are more similar in temperament and personality, my middle brother is just wired differently than the two of us. Where I am emotional, he is logical. When I overreact, he stays calm. When I am stubborn, he is flexible. Whereas I lean toward neuroticism, he is more emotionally stable. I have a tendency to analyze everything, whereas he thinks I make a living making something out of nothing. When I would take something personally and feel wronged, he would simply shrug his shoulders and move on. Whether because of genetic disposition or acquired necessity, in many ways, he is the “ying” to me and our youngest brothers’ “yang.” I think both my siblings are amazing (if my youngest brother ever reads this I promise my next article will be about you!), but one of the things I most admire about my middle brother is that he is definitively his own person and he is always consistent. Learning from his example, maybe this is what being in the middle is all about. It is a chance to define who we are on our own terms. You are not the baby of the family or the newby-early-career psychologist, nor are you the oldest child or established late career psychologist. You do not fit a well-defined box or have a well-defined role; rather, you are free to be you. Perhaps the mid-career phase is the time to define who we want to be professionally and what path we want our career to take in the future. Maybe we are “stuck in the middle” for good reason, because it forces us to slow down and reflect upon how we want to define ourselves professionally and on what future career path we wish to follow.

Lessons from the ECP Playbook

Getting Mentorship One Hour at a Time 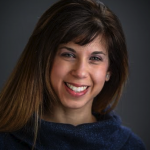