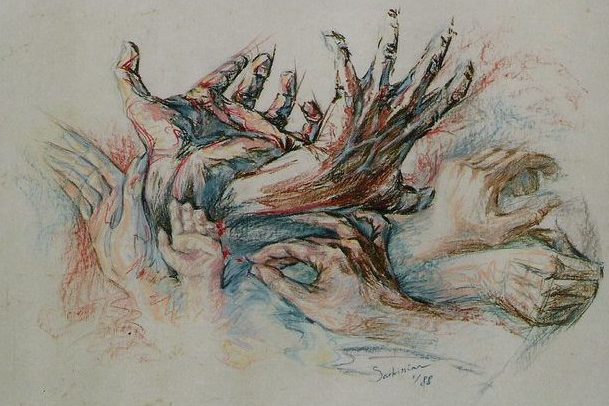 Art and the “Task” of Self-care

Clinical Impact Statement: This article discusses the way that the path of psychology has stifled creative expression under the concept of self-care and scientific research. Thought has replaced awareness, which has resulted in an inability to directly confront the rising mental and physical health issues. This article is meant to bring awareness to readers, so that the movement to embrace genuine curiosity and wonder can work to create a natural self-care that does not need to stifle an individual’s character. 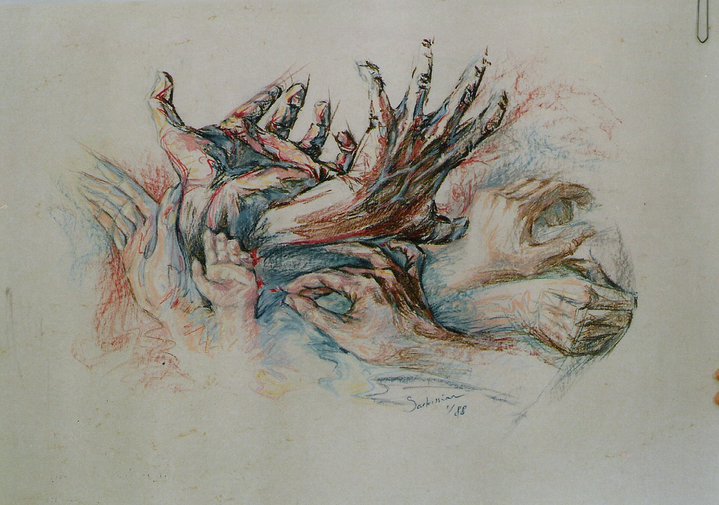 The creation of art is known to offer a variety of benefits for physical and mental well-being, but in our rush to categorize production of art as “self-care,” we may be overlooking the most essential piece. This article explores the idea that dismissing the work of passion as one more task to check off a list may be missing the essential self for which one is caring.

I was born into a rather unique scenario. Among the prevalent narratives of either choosing a creative but impractical pathway or choosing a dull but practical pathway, my father chose to be both a dentist and an artist. I grew up, not just around his buzzing dental equipment, but also found myself wrapped within the swirling and turbulent array of creativity that marked his artwork with such distinctive flair. Both chosen avenues were intertwined—his dental practice became known for its striking creativity, and his artwork possessed immense attention to detail. I was never made to choose between practical and impractical or passionate and realistic. I was allowed both.

As a developing child, I read both fiction and nonfiction, filled out my assignments with crayons, and drew out material we were taught in class. I combined my passion for artwork with my passion for learning. Over time, I began hearing interminable arrays of thoughts around me: “I never have time anymore to read,” or “I wish I could paint again.” I was confused. I observed my dad come home after a long day of working and unleash his colorful thoughts onto the canvas. I observed my mom settling down to relax with a romantic novel. I observed my brother sacrificing hanging out with friends to go into the vibrant wilderness and take beautiful photographs, displaying a unique perspective I had never known anyone to have. I then would close my door and transform my room into another world found only inside my writing. It seemed natural to me. But the narrative around me was changing. The words “passion” and “creativity” disappeared almost overnight under a new umbrella term that arose hesitantly out of the woodwork of academia: self-care.

Suddenly, I was being told that my writing was such a good method of “self-care.” My dad’s painting became a means of “coping.” My mom’s reading became a means of “destressing.” My brother’s photography became a means of “escaping.” Higher education arrived, and students were instructed to take an hour of their days and engage in self-care, which included art, exercise, and many other avenues that used to be part of a person’s character but now seemed as though they were tasks. Creativity was stifled, because it became an assignment—just another deadline to meet. Classes needed to be taken specifically to make way for creativity, but rules and guidance morphed artwork into society’s products.

What we have now is a generation of young adults and adolescents who seem to have no choice but to adapt rapidly to the current world of dispiritedness, where temporary healing and joy are found in material attainments or medication. Science was once an exploration but has transformed into a concrete way of thinking. After all, “research shows…” is the popular saying now and one that is classically conditioned to be the indefatigable phrase repeated over and over again by students.

The field of psychology has displayed this transformation most apparently. Psychology has become very scientific, attempting to describe the vast wonder of the brain by its mechanisms. “Research shows…” has become the foundation of a good student and a successful psychologist. Wonder has disappeared, and in its place is a type of academia so afraid of not having the answers and getting last place in the race that it throws wonder to the wind.

My hope for the future is to bring it back to the field of psychology—that unbridled color that exists in the bridge between the brain and the heart, that internal music that guides the spirit toward fulfillment, that wide-eyed wonderment that fosters genuine curiosity. Once this can be found again and encouraged within our children, then can true “self-care” be achieved. The individual will find ways to bring physical and mental health back to a natural maintenance, by allowing passion to enter into the workplace as an aspect of the self instead of as an assignment.

This is not a new belief. This goes back centuries to those ancient philosophers that have faded into the backdrop of scientific discovery, stifling spirituality and beauty. I will reference some ideas from writer Linda Johnson (2006), who wrote a book called Lost Masters—exploring the underlying spiritual teachings of ancient philosophers, which have been manipulated into science and rationality. She laments the dismissal of Plato in current teachings, stating that, “For Plato, the spiritual world we can see only with the mind was the real world; for scientists and academicians today, that world doesn’t even exist” (p.82). The realm of creativity is stifled and funneled into a system that ensures academic success at the expense of emotional and spiritual freedom.

One salient example she provides is the story of Pythagoras: He was not the inventor of the popular mathematical theory we hear ceaselessly throughout early education—he was the teacher who created the first ever documented yogi camp and who taught that numbers brought order to the spiritual and metaphysical universe—which is now called numerology, a concept popularly dismissed as pseudoscience. His camp was known for its pure joy and manifested friendships that were strong and lasted for a long time. However, just as modern science has stifled his true teachings, so did his enemies of the time (politicians) destroy him by burning down his entire camp and murdering everyone there. This is quite symbolic and representative of the current movement. Politics surrounding psychology have manipulated its teachings, transforming it over time to become an extremely monitored and directed field of study and dismissing the spiritual questions as “useless inquiries of a superstitious mind” (Johnson, 2006, p.31).

There seems to be this push and pull working to the world, with one camp struggling to express itself and the other working to counter it, almost mimicking the idea of a work-life balance, which splits the two in a dysfunctional manner instead of joining them together. In the current world, the group with the most political power are the ones who are working to counter it. Children are less likely to display spirituality, developing into adults who need an hour of “self-care” in order to tap into the parts of them that are required to make them human. Where they would be encouraged to take moments to immerse themselves into nature or artwork, the current Western generation is rooted in technology that feeds opinions and thoughts to them. That childlike wonder is vanishing.

Johnson recounts when Socrates famously said, “Wisdom begins in wonder.” When the Oracle at Delphi asked him why he was the wisest man, he responded, “I am the wisest man alive, because I know one thing, and that is that I know nothing.” Suddenly, through interpretation, his first quote was forgotten, and scholars translated his meaning to be one of modesty: He is wise because he recognizes where he is ignorant. However, in order to understand Socrates, his first quote is just as important. He found that wisdom came out of won 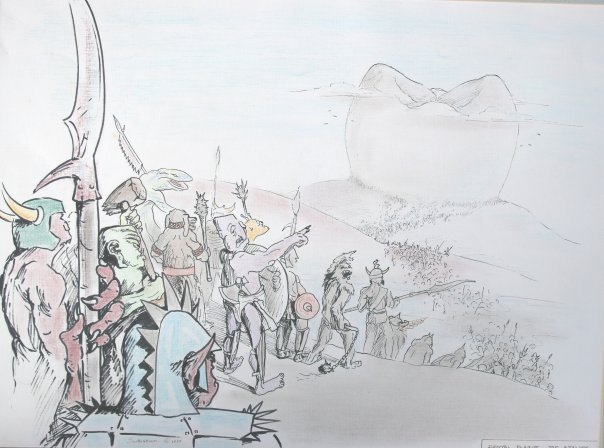 der, which he defined as being that fascination with something so much greater than one’s self, which could be viewed really only through inner awareness. So, to “know nothing” to Socrates means to be in a state of awareness that removes concrete thought. Socrates was not being modest; he was being wise, precisely proving his point (Johnson, 2006, p.ix). Only through that state would someone be able to find wisdom. And this I believe is the root of real “self-care.”

When artistic expression is funneled into a separate avenue of “self-care,” then one’s creativity is stifled. This is why the common narrative around me has been this frustration with how an artist is unable to find their imagination. But imagine the emotional and mental development that would occur if imagination/wonder/creativity were fostered into studying. If, instead of knocking down various items as being “pseudoscience,” or “not scientific enough,” they were utilized to see if they work for individuals. If work-life balance actually went hand-in-hand and allowed an expression of the self with various outlets. If my dad can tie in two fields that are completely opposite to each other and use them both to increase his effectiveness in both fields, then why should psychologists be any different?

The artistic and creative potential of humans can really be fostered to psychology’s advantage. The wonder and fascination that lies within the mind can produce creativity and wisdom that can take our field forward in great strides and introduce a way for genuine self-expression and natural healing without the requirement of a separate hour of self-care. 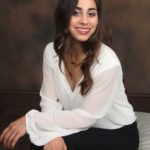